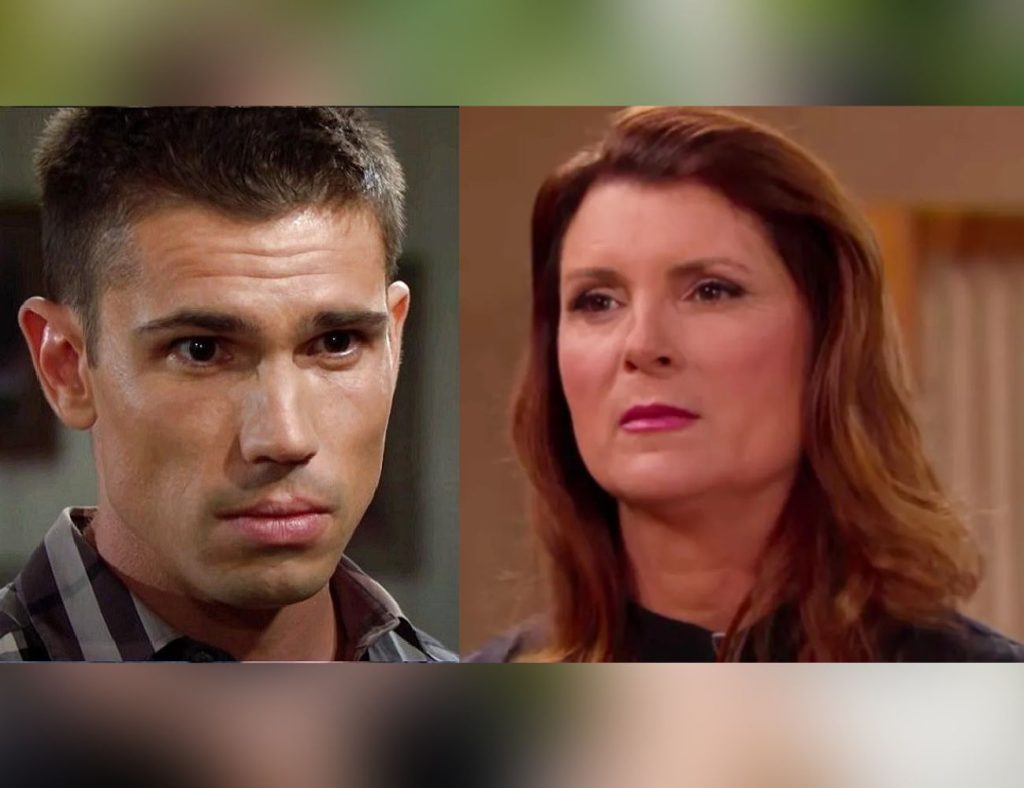 The Bold and The Beautiful: Finn’s New Plan, Tries To Trap Sheila [THIS WAY]

Sheila Carter has proven herself to be utterly vicious and unreliable on The Bold and The Beautiful. Her son, Finn, knows it all too well. He believes that as long as his murderous mom is out on the run, his family can never truly be safe. Thus, spoilers suggest that he will take matters in his own hands. Finn will devise a plan to dupe Sheila out of hiding! Continue reading to find out what Finn has on his mind for his mother!

Sheila On The Run, Finn, And Steffy On The Edge

Recently on The Bold and The Beautiful, Sheila Carter and Steffy Forrester had a run in the hotel corridor. Even though Sheila was wearing a disguise, Steffy recognized the terror from the past, thanks to her missing toe. While Steffy was still reeling in the shock of seeing Sheila alive in the flesh, right in front of her, Sheila took the opportunity to slip away. As soon as Steffy gathered her wits back, she informed everyone about her horrifying run-in with the devious diva.

Deacon, like a solid ally, warned Sheila to go into hiding and not make a run on The Bold and The Beautiful. He knows that the L.A.P.D. will be on high alert to nab the fugitive, and being on the run will make the chances of getting caught much higher. However, Sheila being Sheila, pays no heed to Deacon’s advice and starts to find a safe way to bolt away. Finn and Steffy will remain on edge, knowing that a Sheila-sized threat is looming over their heads. The couple won’t be able to shake the anxiety off even for a little while to enjoy Christmas with their family.

Not being able to shake off Sheila’s fear, even for a few fears, will make Finn realize that this matter needs to end ASAP on The Bold and The Beautiful. He will continue to work with Steffy on the matter to figure out a solution. He will realize that the only way to get her caught is to lure her out in the open. And that can only happen if she gets something that she has been yearning for forever. Her Family and her freedom. Finn will suggest to Steffy that he will have to find a way to dangle the carrot of hope for the same in front of her to get her out.

Steffy will not be thrilled about Finn putting himself in the center of all this Sheila drama on The Bold and The Beautiful. However, Finn will make his case that this is the only way. He knows that Sheila keeps digital tabs on them online. Hence, Finn may decide to use her own tactics against her. He will post a heartfelt message for his mother online, urging her to meet him. He may insist on the message that he wants a family with her and wants Hayes to know his grandmother. And that if she trusts him, they can find a way of getting her off the legal hook

It will be really interesting to see if Sheila takes bait or not on The Bold and The Beautiful. She is not a dim woman by any means. However, people are known to do silly things in love. Maybe the mother in Sheila might fall for Finn’s promises and then fall into the police’s hands? Stay tuned to CBS over weekdays to see how it all plays out on The Bold and The Beautiful