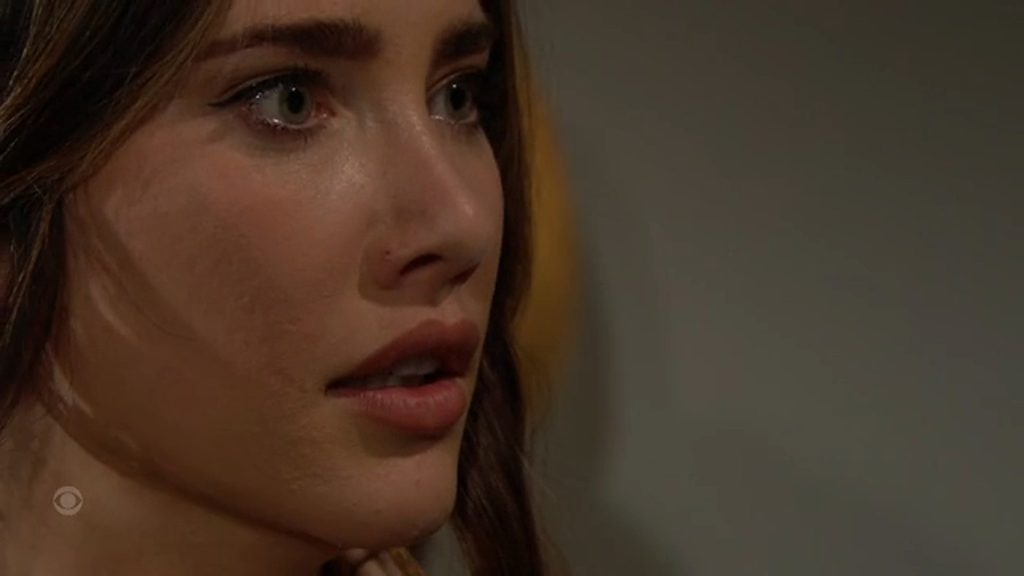 The Bold And The Beautiful Spoilers For December 12, 2022: Steffy’s Horrifying Encounter, Finn Runs To Rescue

The Bold And The Beautiful spoilers for December 12, 2022, tease Steffy will come across a blonde woman who somehow will resemble the she-devil. When Steffy finds the toe is missing, she will try her best to stop Sheila from running. Of course, Sheila is not going to leave Steffy, given how much she hates her. In the meantime, Finn will also get the updates and rush to rescue his wife. Keep reading to know if Steffy was successful in stopping Sheila.

First, Steffy will run into a blonde woman who resembles the she-devil. Initially, she will think that she might not be the one. However, Steffy will notice something really important and will know just who she is. The Bold And The Beautiful spoilers claim Steffy will notice the blonde lady’s toe is missing. Just yesterday only, Finn was running some tests on the toe and came to the conclusion that Sheila is alive. So, it won’t be that difficult for Steffy to know that it is none other than her maniac mother-in-law.

Once she confirms, Steffy won’t waste time in thinking further and will take immediate action. She might either launch an attack or try to prevent her from running. Fans might remember the time when Steffy promised she would make Sheila pay for torturing Finn. This will be the time when she knows that she has to catch her anyhow.

However, Sheila won’t be that easy to get caught. Sheila is known for her evil tricks and for torturing people in a creative manner. So, it won’t be difficult for her as well to launch a punch or kick Steffy from her way. Whatever the case, the spoilers suggest that Steffy won’t be that hurt or be taken as a hostage but Sheila will know that her walls are coming down

The Bold And The Beautiful Spoilers: Finn Rushes To Save Wife

Further, Finn will also get updates about Steffy’s horrifying encounter. The Bold And The Beautiful spoilers reveal Finn will be relieved that Steffy is fine. He is the actual victim who experienced a near-death torture with Sheila. So, he will be extremely relieved that his maniac mother didn’t do anything.  Now that Steffy has encountered the presumed dead maniac, both will rush to alert the cops about it.

During the week of December 12-16, 2022, a huge search operation will take place to track down the she-devil. It is pretty sure that Deacon will surely drive her out of his house for his safety. So, it will be interesting to see where Sheila lands in or if she is trying to leave the town. Stay tuned as B&B will air more interesting and mysterious episodes in the coming weeks. Watch The Bold And The Beautiful, it airs on CBS every weekday. For more updates and spoilers, visit our website, TV Season & Spoilers.