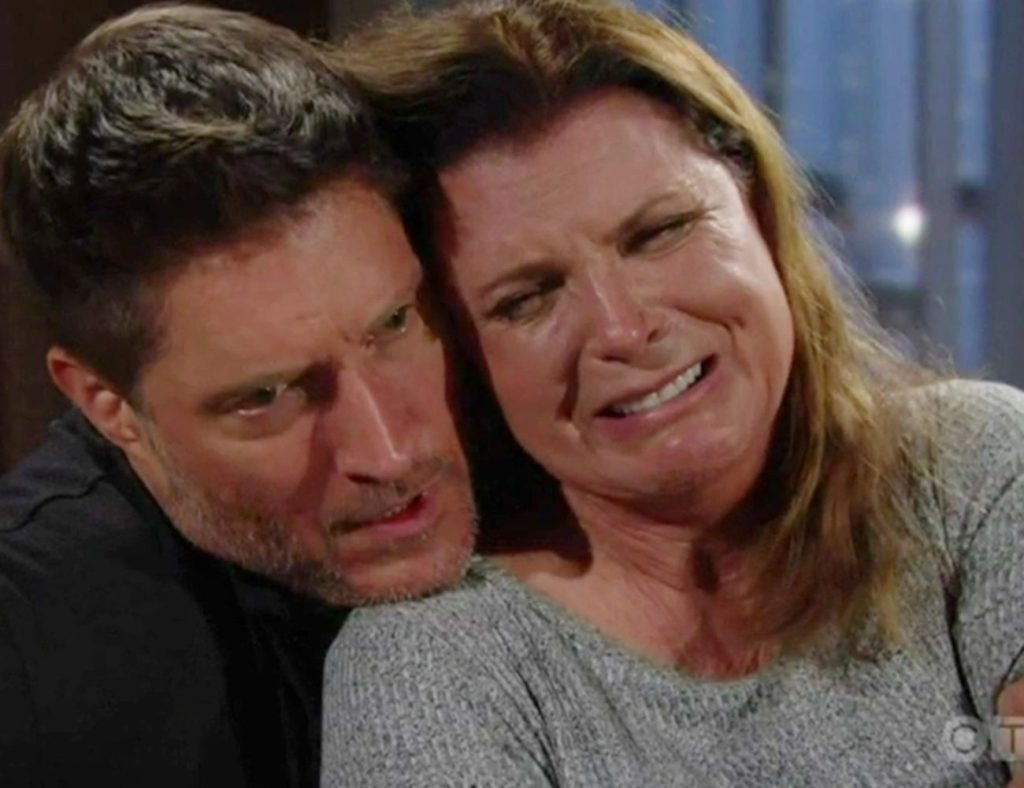 The Bold And The Beautiful: Hope Finds Sheila, Deacon In Danger

Sheila maybe a cat with nine lives, however, time has come for this cat to be out of the bag on The Bold and The Beautiful. Spoilers hint that Hope will stagger into the big discovery of Sheila being alive, well and waiting to rain hellfire. Moreover, Deacon will land into hot water when his daughter confronts him about providing a hideout to a murderous fugitive. Keep reading to find out what’s about to go down next on the thrilling CBS soap.

Sheila Gets Exposed on The Bold And The Beautiful

Finn cannot shake off the nagging feeling that Sheila is still out there. With every passing episode of The Bold and The Beautiful, Finn will feel more convinced that there was no bear, only a cunning vixen! He will finally decide to discuss his theory with Steffy and Hope that Sheila faked her death

. That she did not meet a morbid end in a bear attack and faked it to ditch the police. Steffy, too, will feel convinced of Finn’s theory. This may bring back some forgotten memories for Hope. She bumped into Sheila at Deacon’s apartment, only she didn’t know it was Sheila!

Previously, on The Bold and The Beautiful, when Hope visited her dad at his apartment, she bumped into Sheila wearing one of her wigs. The sexy vixen introduced herself as Lina to Hope. However, Hope had this feeling that she had seen “Lina” before. But, a terrified Deacon wasted no time in getting his daughter away from Sheila, a.k.a. Lina. Eventually, Hope forgot about the whole episode. However, chances are, a discussion about Sheila might ring a bell in Hope’s head! Will she be able to connect the dots and realize it was Sheila at her dad’s apartment?

Deacon In Trouble With Hope

If Hope is able to connect the dots between Sheila, Lina, and the wigs on The Bold and The Beautiful. Sheila’s days in staying hidden are numbered. Hope won’t just blow her cover but also learn a shocking truth about her dad. Although, Deacon might do everything in his power to try and convince his daughter that he has nothing to do with Sheila. Hope will tell him point blank that she knows Lina is Sheila. Deacon wouldn’t really have a comeback after that. He is sure to land in trouble with his daughter. As Hope will definitely not approve of the fact that he was an accomplice in hiding a dangerous criminal like Sheila.

The Bold and The Beautiful spoilers suggest that Deacon will soon be paying the price of helping Sheila in hiding from everyone. So maybe, Hope will react badly to uncovering Deacon’s secret. Will Deacon be able to save himself from the aftermath that will follow when Sheila gets exposed? Will he be able to keep his relationship with Hope safe? Please share your views with us in the comments. Meanwhile, stay tuned to CBS to see what happens next to Sheila and Deacon on The Bold and The Beautiful.