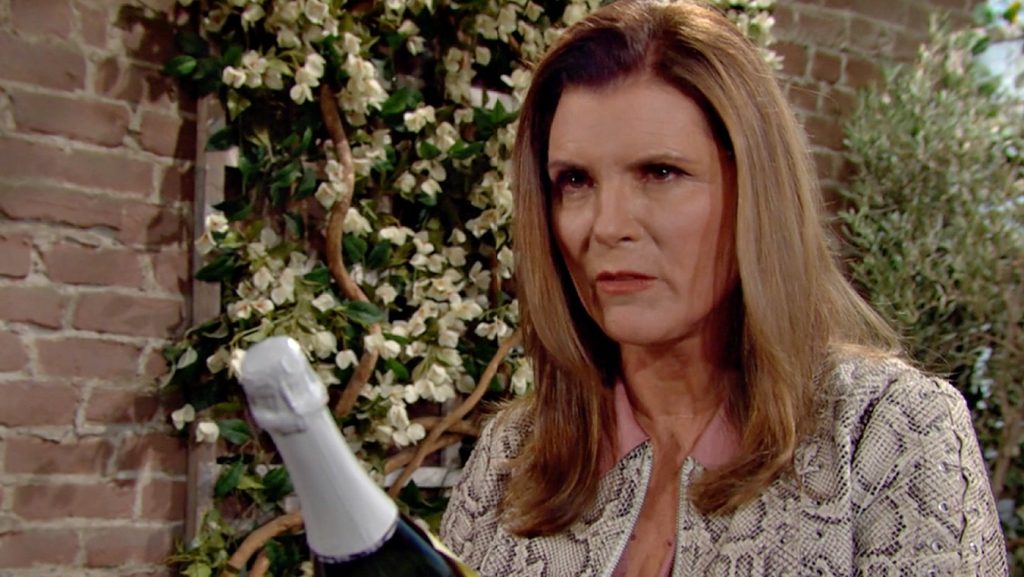 The Bold And The Beautiful Preview Video For The Week Of December 5-9, 2022: Sheila Is EXPOSED, Deacon WORRIED

The Bold and the Beautiful preview video for the upcoming week of December 5-9, 2022, suggests that a big showdown is coming up on the soap opera. It is finally the time when Sheila might have to pay for her sins, and it will be huge. As per the spoilers, Finn will realize that Sheila is indeed alive, and he will want to trace her down. Will he be able to? Here is all about it.

Sheila Is Exposed, Finn Comes To Know The Truth

Starting the Bold and the Beautiful preview for the week of December 5-9, 2022, reveals that Sheila will get exposed. As per the spoilers, Dr. Finn will get Sheila’s remains, and he will find out the truth. Since the only piece of Sheila left is the toe finger that was left after she was apparently “Mauled by the bear”, Finn will most probably receive that.

Since Finn is a doctor, he will realize that the finger does not look like it was left after a wild attack. In fact, it is cleanly chopped, and that is a big clue on its own. The Bold and the Beautiful spoilers suggest that Finn, along with the team of doctors and investigative officers, realizes that Sheila is not dead. The preview video sees Sheila telling Steffy that Sheila is not dead while making a vow to put her behind bars. Finn is furious and desires to make Sheila pay for everything she has done. So, that is what he is going to do.

The Bold And The Beautiful: Finn and Steffy Reach Out To Deacon

Further, The Bold and the Beautiful spoilers suggest that once Steffy and Finn are sure on their own, they will want to start tracing Sheila. Since Steffy had lost Finn once before, it seems less likely that he would leave Finn alone ever again. So, the two of them will decide to reach out to the “only friend” Sheila had, that is, Deacon Sharpe.

The Bold and the Beautiful spoilers say that Finn and Steffy both will question Deacon regarding Sheila and her faked death. They will want to know if Deacon has any clue where she is. What SINN does not know is that Deacon is the one keeping Sheila under his own wing. Of course, Deacon won’t tell these two anything because that would mean him putting himself in danger. Steffy will be skeptical of Deacon, but it doesn’t look like that will be enough.

The preview video for the week of December 5, 2022, suggests that walls will be closing in, and Deacon will feel it. Now that Steffy and Finn know the survival truth, it is likely that the two of them will surely tell everyone else about it sooner than later. So, it will be the time that Deacon makes major moves and save himself. He will corner Sheila in the aftermath and make a threat to her. He might want Sheila to be very careful. But would Deacon be able to save himself? It looks less likely.