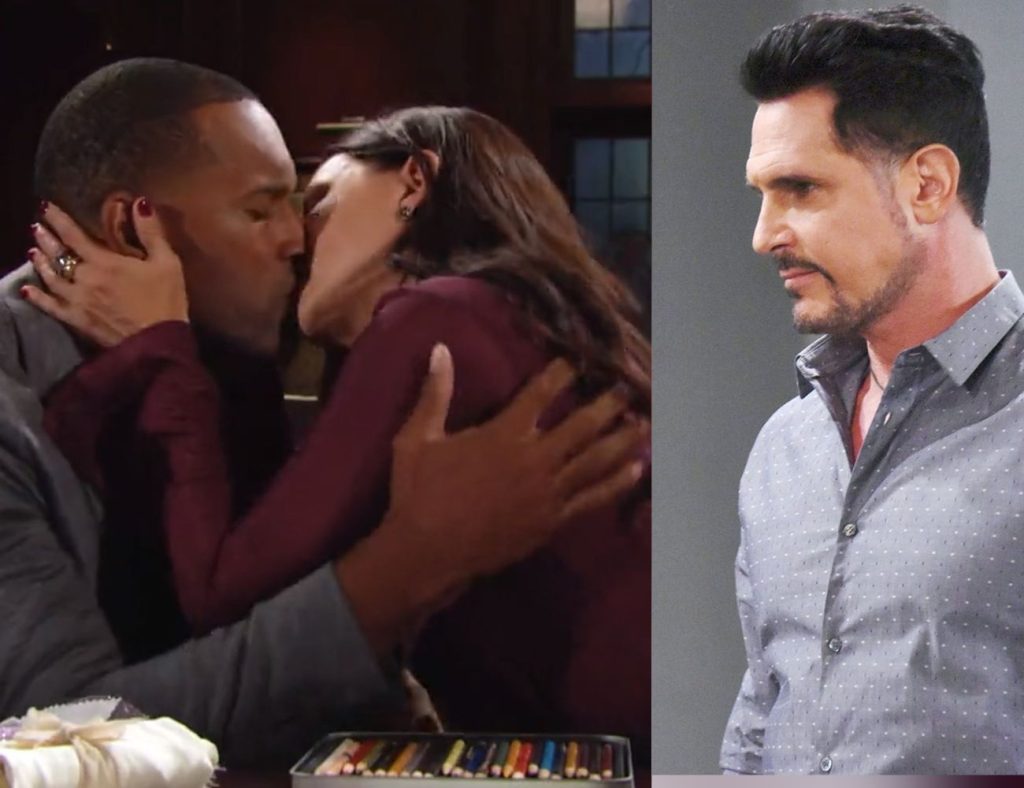 The Bold And The Beautiful: Katie And Carter’s Romance Derailed, Bill Starts To Play Mind Games

Recently, on The Bold and The Beautiful, Bill pulled double duty between the Logan sisters. Unfortunately, neither of them panned out as Bill had hoped. Viewers know that Bill has a history with both Brooke and Katie. However, it is no secret that Brooke will always be his number-one woman. Thus, keeping in the spirit of that, Bill professed his heart to Brooke. But she turned him down, Bill then turned hot on his heels and urged Katie to give their relationship another chance. Watching Bill do that certainly left a bitter taste in the viewer’s palette. However, another disgusted onlooker was Carter! And looks like he is going to emerge as a knight in shining armor for Katie, but will Bill let that happen?

Carter overheard Bill profess his undying love to Brooke on The Bold and The Beautiful. Which was fine, really. Everyone knows Bill is over the moon for Brooke Logan. Although, everyone also knows that Brooke’s heart beats only for one man, and that is Ridge Forrester. Expectedly, when Bill persuaded Brooke to accept his love, she rejected his advances, and Bill left heartbroken. Things took a rather nasty turn when Bill took his broken heart to Katie, hoping for a band-aid. However, Katie, too, turned down his request to give their old relationship another chance. Correctly pointing out that Bill will always love Brooke.

Interestingly, this conversation was overheard by Carter on The Bold and The Beautiful. Enraged by the dirty Bill just pulled on the Logan sister, Carter couldn’t keep mum. He confronted Bill over his acts right there, in Brooke’s house. He ripped Bill a new one, warning him to stay away from Katie, as she deserves better than Bill’s secondhand love. Bill rebuked Carter’s suggestions saying that at least Carter would not be the one giving her that. However, Carter stood his ground and told Bill that his romance with Katie was none of Bill’s business. Meanwhile, Katie overheard Carter taking a stand for her and insisting that she deserves better. An episode like that is surely going to warm Katie’s heart for Carter, and chances are we are about to get a love story here!

While it’s true that Brooke will always be the first choice for Bill, he does have feelings for Katie. Moreover, he has a permanent connection with her in the form of Will on The Bold and The Beautiful. Considering that Bill is an extremely fierce and territorial canine, he will not take Carter’s verbal attack lying down. Even if Katie turned him down, chances are he will not give up just yet. Especially now that Carter has made himself part of the equation. Bill will take Carter standing up for Katie rather personally and feel the need to hit back at him.

If Carter and Katie start to spend more time together and the sky starts turning pink for them, Bill is sure to bring thunderstorms. He is no stranger to plotting and scheming on The Bold and The Beautiful and may revert to old ways. The latest spoilers suggest that he will come up with a ploy to sabotage Carter’s chances with Katie. However, it is yet to be seen if he will see any success in his mind games or will his plans backfire at him spectacularly. As one thing is for sure, Carter will not back down just because Bill wants him to. He will fight for what he wants with all his might.