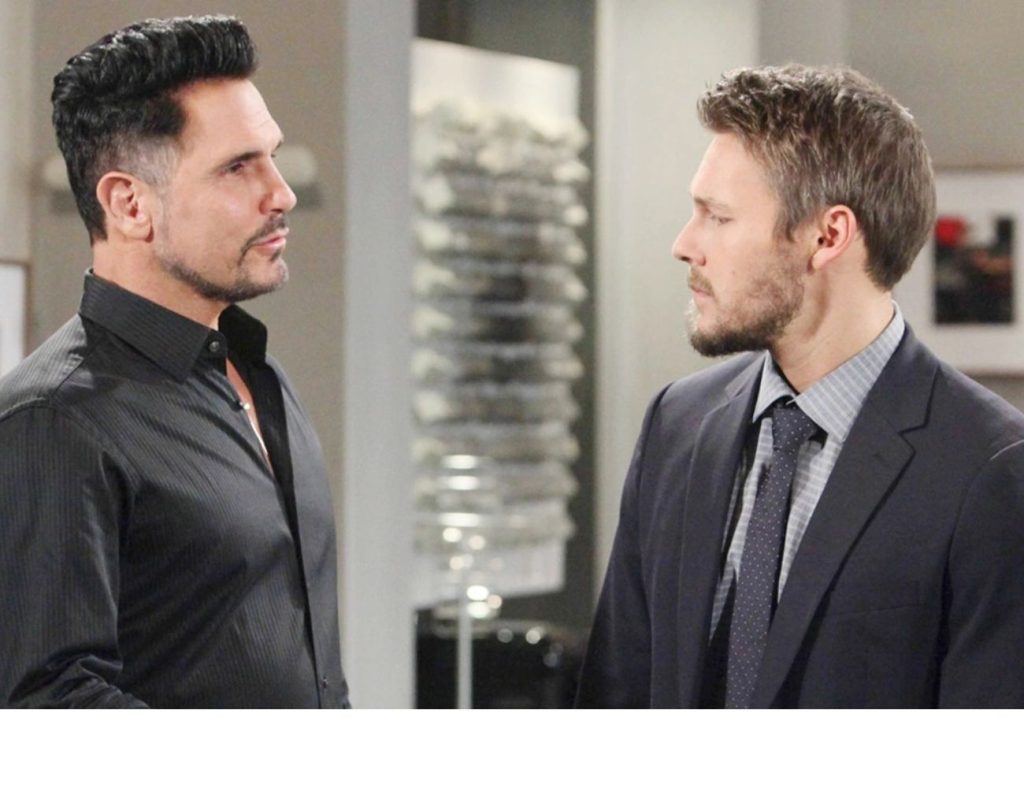 The Bold And The Beautiful: Liam Goes AGAINST Bill, Takes The Stand To Get Bill ARRESTED

Bill’s slide down the slippery soap on The Bold and The Beautiful has viewers on the edge. However, it is not just them who are flabbergasted at his bizarre moves, Bill’s son Liam is about to have the exact same reaction. Bill is not being exactly discreet about his latest alliance with She-Devil, Sheila. In the upcoming episodes, Liam will find out all about his father’s latest doings. He will be taken aback at the downward spiral Bill has made and decide to take matters into his hands. Will Liam turn the tables on his father and get him arrested?

Liam Finds Out About Bill’s Alliance With Sheila

Bill’s distasteful waffling between the Logan sisters, Brooke and Katie, left viewers aghast on The Bold and The Beautiful. However, that was just the tip of the iceberg, really. Bill then took a disastrous turn of getting involved with the walking terror, Sheila Carter. It was almost as in Bill became possessed overnight with this maddening desire to protect Sheila against everyone who is out to get her. He came thundering down on Steffy and Finn, threatening them against testifying against Sheila.

Bill threatened Steffy that if she didn’t back off from Sheila on The Bold and The Beautiful, he will make sure Taylor landed in jail for shooting him previously. The latest spoilers suggest that Steffy will be distressed at Bill’s threats and seek help from Liam. She will approach Liam with the whole truth about his dad. Currently, Liam is under the impression that Bill had Sheila arrested. Thus, he thinks of his dad as the big hero in the whole matter. However, the proud son will be in for a huge shock when Steffy will tell him about Bill’s involvement with Sheila. Keep reading to find out how Liam reacts to the big news.

Liam Confronts Bill, Threatens Him With Jail Time On The Bold And The Beautiful

Liam will be shocked to learn that Bill is actually trying to protect Sheila on The Bold and The Beautiful. Moreover, he will be disgusted when Steffy tells him Bill is romantically involved with Sheila. This is something Liam could never have expected from his father. Especially since he had tried to mend his ways previously. However, we know that Bill has gone back to his old ways and donned the iconic sword necklace, channeling his inner pirate. So, it’s unlikely Bill is seeing the folly in his actions at the moment.

The latest The Bold and The Beautiful spoilers suggest that Liam will confront his father after finding the truth. He will try to persuade Bill to step back from Sheila and not throw all their loved ones under the bus. However, Bill will pay no heed to his son’s urging. Liam will feel cornered and feel like he has no choice but to take a stand against his father. He will then take over a more stern approach and tell Bill that if he doesn’t retract, he will take legal action. Bill has had a tricky past, and it’s possible Liam has a lot of dirt on his dad! Thus, Liam might turn the blackmailing table on his dad!