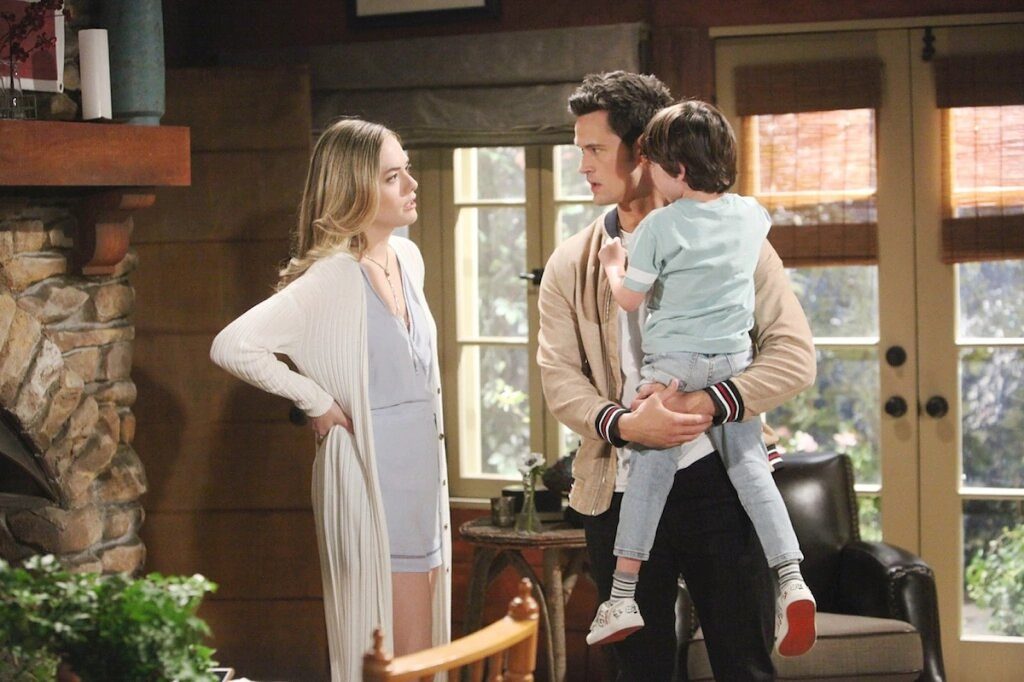 The Bold And The Beautiful: Thomas Makes Pleas With Hope, Wants Douglas To Be A Part Of His Life

The Bold And The Beautiful spoilers tease Thomas will finally realize that he has messed up everything once Hope decides to keep Douglas to herself. He will try to patch things up with Hope, but it won’t be of any use. What will be Hope’s next decision? Keep reading to know what might happen in the coming week in B&B.

Last week, The Bold And The Beautiful finally showed the much-awaited scene of Thomas getting exposed right in front of his family. All his lies and framings came to light, and there wasn’t even one person who tried to show support to him. Following that, Ridge also fired him from the company, and Brooke ripped into him and suggested to seek professional mental help.

Well, this wasn’t just enough for Thomas Hope also will now come to blast at him. She will realize that Thomas’ changed-for-good attitude was just a façade, and he is still the same evil and manipulative person. Once she confronts Thomas, he will present his part of the story and will try to defend his action. According to Thomas, Ridge and Brooke were in a toxic relationship which has a dead end. Ridge only looks good with Taylor, and she should be the person with whom he should spend his life. Apart from Ridge and Taylor, the fact that Thomas caused problems for Douglas will induce more fear into Hope.

She knows her son is well aware of right and wrong. When he discovered the lie, it must have been extremely difficult for Douglas to move forward with it. Even if he wanted to confess anything, his fear for Thomas wouldn’t have let him do anything. Hope will be extremely upset for letting Douglas face all this. All this exposure will make one thing clear for Hope, she will know that Thomas is not the right father for Douglas even if he says that he is trying. What will Hope decide now? Will she take Douglas out of Thomas’ life? We will know that soon.

Now that Thomas’ mask has fallen, Hope will know it is their turn to make some major decision. The Bold And The Beautiful spoilers suggest Hope will finally remember Liam and Brooke’s warning. All this while, she kept defending Thomas since she believed that he had changed for the good. Now that his façade has fallen, Hope will decide to take Douglas back with her. It all started with Douglas’ custody issue, which made Thomas and Hope come closer to each other.

However, she will now realize that Thomas is not the right father to take care of Douglas. Once Thomas discovers this, it might blow his mind off. Thomas needs Douglas in his house because he wants to reunite with him and Hope. He might try every way and make Douglas stay with him. Even if he begs, things have gone beyond repair, and Hope won’t want to put her son into more trouble. Looks like Thomas might lose everything starting from family members to jobs. What will he do now in the future? We will know that soon. The Bold And The Beautiful airs every weekday on CBS. For more updates and spoilers, visit our website, TV Season & Spoilers.