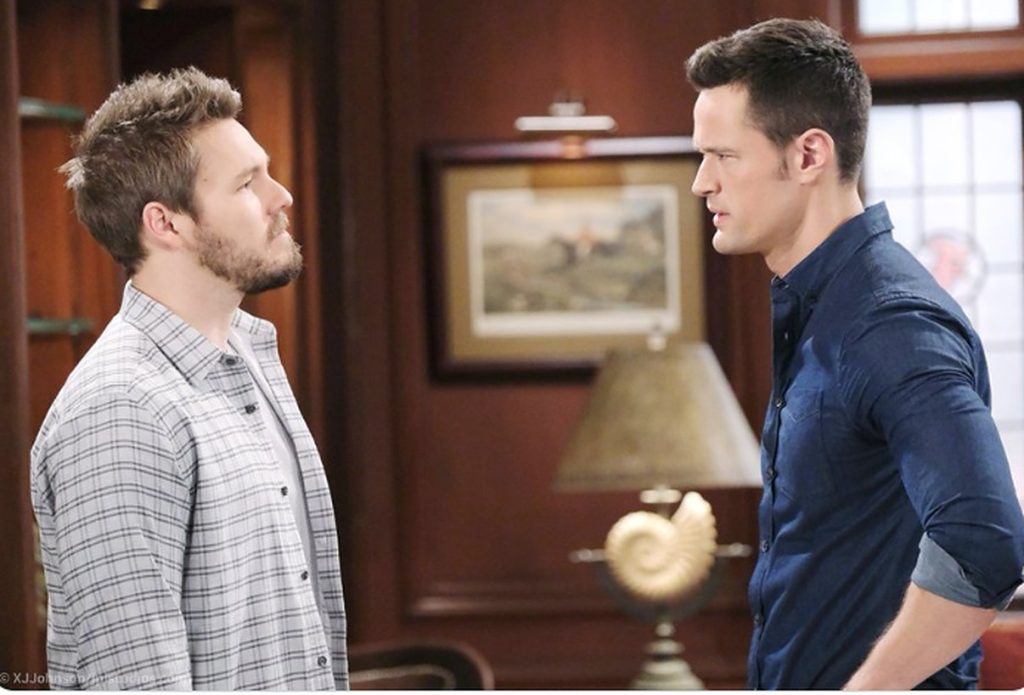 The Bold And The Beautiful Recap For Monday, September 12, 2022: Sheila Is Stubborn, Liam Confronts Thomas

The Bold and the Beautiful recap for Monday, September 12, 2022, revealed the story of Sheila and Thomas. First, Sheila left before Finn could come into the room again. Finn was paranoid after seeing a toy on the floor and the backdoor of his home open. Deacon warned Sheila and kissed her, but she was adamant about returning to Finn’s life.

Then, Brooke and Taylor fought at Forrester Creations. They accused each other of trying to hoard Ridge and Douglas. Liam arrives at the Forrester mansion and accuses Thomas of stealing Douglas and obsessing about Hope.

In this episode of The Bold and the Beautiful, we saw Sheila hold Hayes in her arms and watch the door, thinking about running away with him. Finn returned and saw Hayes was alone inside his playpen. Of course, Finn wondered how Hayes’ animal toy got on the floor. Right then, Zende arrived at the Cliff House.

Zende was at the house to drop off a few sketches for Steffy. They talked about Sheila; Zende said he understood Finn’s emotions as he was also an adopted child. Finn admitted things were tough, but he was focusing on his family. Moreover, Sheila was never coming back. However, he noticed the backdoor of his house was open and felt paranoid.

The Bold And The Beautiful Recap: Deacon Consoles Sheila

Meanwhile, Sheila arrived at Deacon’s apartment. He checked on her during his break and knew she had done some mischief. Deacon understood Sheila was hurting, but he wanted her to know she could never be a part of her family’s life again.

Before leaving for work, Deacon kissed Sheila. After he left, Sheila hugged a pillow and missed the touch of baby Hayes. Of course, she did not care for Deacon’s advice; she was going to find a way to get close to Finn and Hayes again.

Brooke & Taylor Have A Showdown

In this episode of The Bold and the Beautiful, Taylor and Brooke fought over Ridge and Douglas at Forrester Creations. Taylor belied Thomas’ wish to live with Douglas was reasonable. However, Brooke thought Hope had legal rights as she was Douglas’ adoptive mother. Taylor questioned the legitimacy of those adoption papers as Thomas was unwell when they were signed.

Furthermore, their custody arrangement required sharing of Douglas. Brooke defended Hope and reminded Taylor of how she was there for Douglas when no one was. She gave the child a loving and caring home. Taylor believed Thomas would step up and provide a loving home to Douglas now.

The Bold And The Beautiful Recap: Liam & Thomas Argue

At the Forrester Mansion, Liam confronted Thomas at the pool. Liam was at the house to take Douglas; Thomas mentioned he was out with Steffy and Kelly. Thomas added Douglas was inviting a friend for dinner at night. Liam called out Thomas’ pretense of becoming a different man. However, Thomas wanted Liam to acknowledge his love for Douglas was real. He warned Liam not to come between him and his son.

Liam interjected; this was not about coming in between them. He believed Douglas would have a better life with him, Hope, and Beth at the cabin. Liam suggested shared custody and felt Thomas was keeping Douglas all to himself. Furthermore, Liam accused Thomas of obsessing over Hope again. The Bold and the Beautiful airs weekdays on CBS. Stay tuned with TV Season & Spoilers for the latest news and updates.