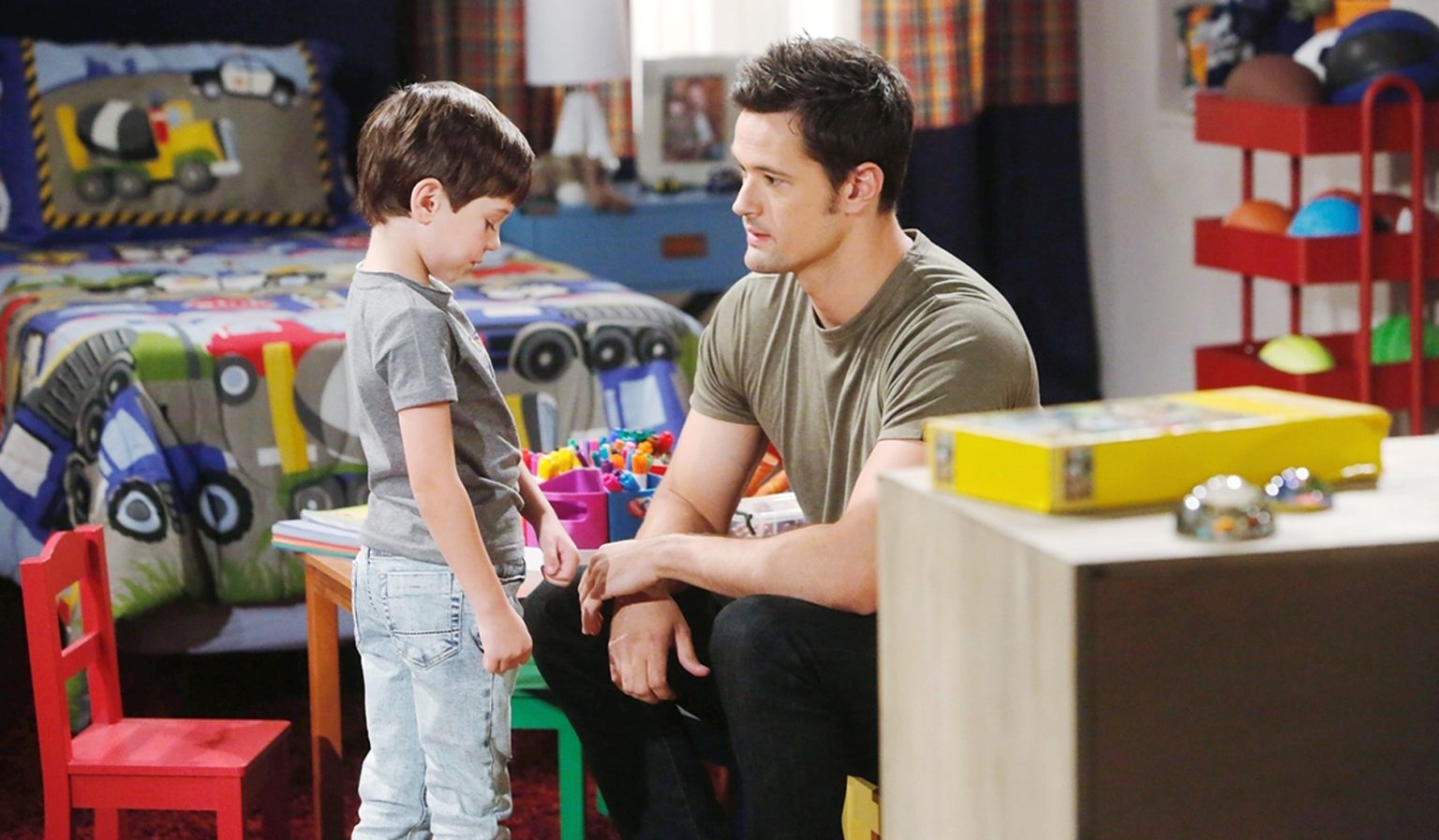 The Bold And The Beautiful Preview Video For The Week Of August 15, 2022: Douglas Misses Thomas, Hope In Despair

The Bold and the Beautiful preview for the week of August 15, 2022, reveals the story of the father-son duo, Thomas and Douglas. In the coming week, viewers will get to see Douglas get emotional and tell his father he wants to spend more time with him. This will convince Thomas to talk to Hope and Liam about bringing Douglas home with him. Of course, Hope will be reluctant at first and will not want to discuss it.

Meanwhile, Thomas will speak to his family and they will support his decision. This will convince Thomas to talk to Hope and he will tell her, that their current situation was meant to be temporary. Douglas is his son and wanted to live with him. Would Hope agree? Here is everything about it.

Douglas Wants To Live With Thomas

In upcoming episodes of The Bold and the Beautiful, Thomas will feel horrible when his son Douglas accuses him of not spending time with him. The two will have a heartfelt conversation and Douglas will admit that he wanted to spend more quality time with his father. Douglas’ face will be in pain and Thomas will try to comfort his son in a vulnerable moment.

At this very moment, Thomas will know he has to take his son home. However, Douglas has become a huge part of Hope and Liam’s life as well. It will not be easy for them to part ways with Douglas. When Thomas brings this up, Hope will not even allow a discussion on it. Thomas will leave and tell them to sleep on it.

The Bold And The Beautiful Preview: Thomas Talks To Steffy, Taylor & Eric

After his conversation w ith Hope and Liam, we see Thomas talk to Steffy in The Bold and the Beautiful preview video. Steffy will assure Thomas that this was the right time for Douglas to come home and be with his family. Later, Taylor will also support Thomas’ decision to bring his son home. Moreover, it is speculated that Thomas might ask Eric to move in with Douglas as well. Of course, Eric will see no harm in this future and encourage the reunion of Thomas’ family.

Meanwhile, after his first failure, Thomas will try to talk to Hope once again. Hope will be furious; she did not want Douglas to be taken away from his home. Thomas will remind her that their current situation was always going to be temporary. Hope and Liam were to take care of Douglas as he was recovering from his mental health issues. Now Thomas felt better than ever and wanted to live with Douglas again.

Hope Wants To Douglas In His Life

Thomas’ intervention will give Hope a lot to think about. She wants to resist his wish to take Douglas, however, she will realize she does not have a choice. Thomas will be supported by his entire family. Moreover, Douglas wanted to stay with his father as well. Regardless, Hope is attached to Douglas and wanted to be a part of his life.

If matters were to be taken to court, there is little indication that Thomas will play it dirty. Furthermore, Thomas has been at his best behavior, he saved Liam from going to prison as well. Will Thomas and Hope be able to come up with an agreement? We will have to wait and watch The Bold and the Beautiful to find out. The Bold and the Beautiful airs weekdays on CBS. Catch the latest news and spoilers from the show on TV Season & Spoilers. In the meantime, check out the preview video here-