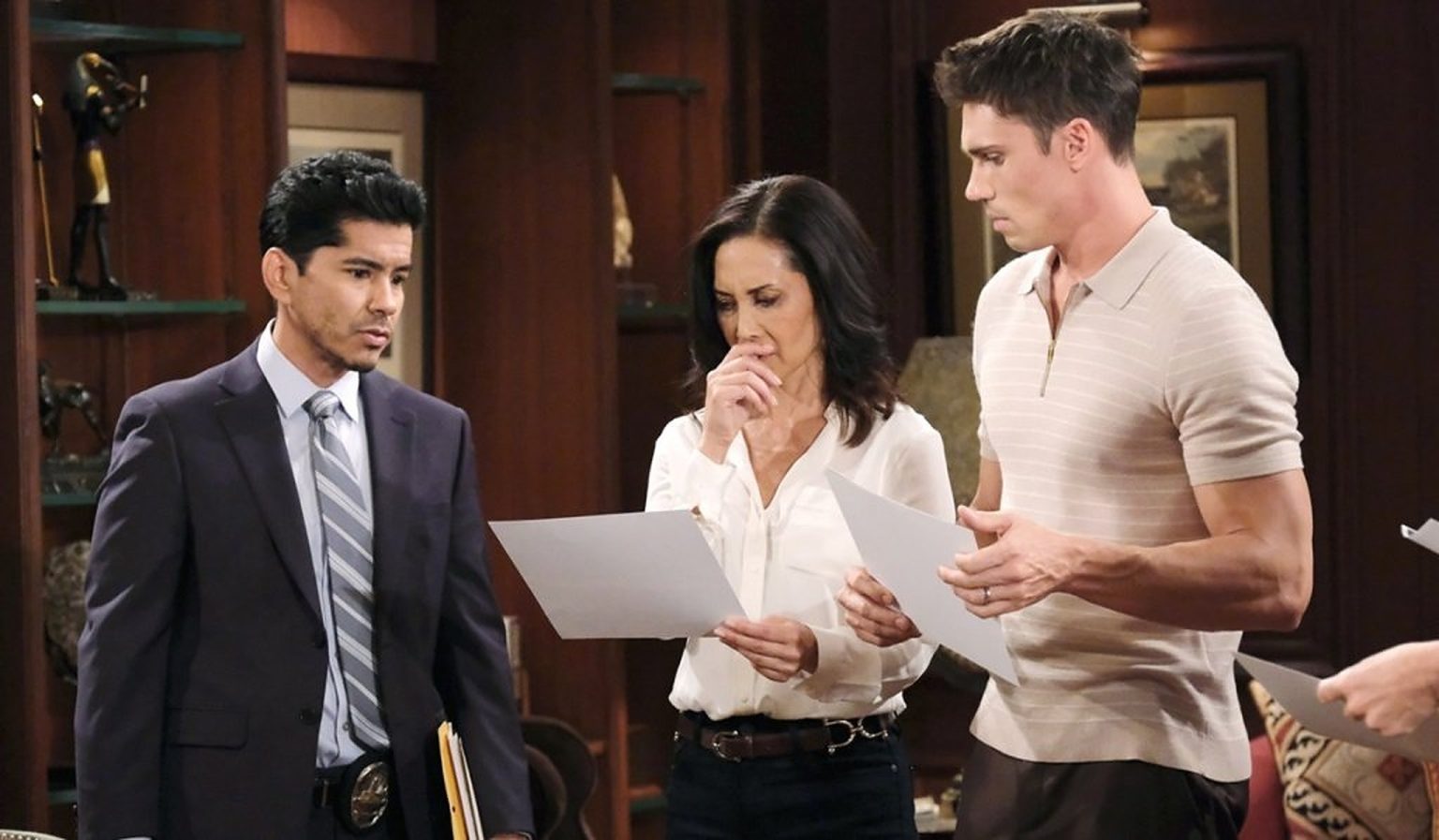 The Bold And The Beautiful Recap For August 11, 2022: Some Shocking News Makes Rounds, Hope Is Furious With Thomas

The Bold and the Beautiful recap for August 11, 2022, revealed the story of Detective Sanchez’s arrival in town. Brooke informed everyone after she received a call from him. Subsequently, Taylor, Eric, Steffy, Finn and Ridge arrived at the Forrester Creations to hear about Sheila. Apparently, she had escaped out of Los Angeles and was attacked by a bear at a campsite.

Detective Sanchez brought along photographs and her severed toe as evidence. Finn was shocked to hear the news but relieved to know that he would not have to worry about his crazy mother anymore. Everyone else seems to be relieved as well. Meanwhile, Thomas arrived at Liam and Hope’s house and told Hope that he wanted to move into Eric’s house with Douglas.

Sheila Was Attacked By A Bear

In this episode of The Bold and the Beautiful, Steffy and Finn spent some time together at the Cliff House. Li arrived, and they spent time as a family. Meanwhile, Brooke got a call from detective Sanchez, and she called Steffy to inform her about the same. Brooke, Li, Steffy, and Finn left for Forrester Creations.

Ridge was on his way, and Brooke also gathered to join them. Sanchez arrived and began to give them updates on Sheila. According to him, she had managed to leave Los Angeles. Later, they found security footage from a convenience store.

In addition to the store footage, they also found her fingerprints on an abandoned car. The police continued to track her trail and arrived at a campsite in the Sierras. Detective Sanchez circulated horrifying images of Sheila after a bear attacked her. Her ID was found in addition to her hair and blood-stained clothes.

The Bold And The Beautiful: Detective Sanchez Has Evidence

Detective Sanchez was sure that all evidence indicated it was Sheila that was killed to death by a bear. However, a lot of the family members were suspicious of the news and wondered if this was one of Sheila’s tricks. To confirm his point, the detective showed them a bloody toe in a container.

Steffy spoke to Finn and asked if he was okay after hearing the news. Of course, he was in shock, he admitted. He hated to know that his biological mother was killed in such a way. However, he was relieved to know that she won’t be a danger to his life anymore. Taylor was happy to hear this news as well. The Bold and the Beautiful replayed some crazy Sheila moments that had happened on the show over the years.

Meanwhile, at the cabin, Thomas Forrester met Douglas and Beth as they played at the tennis court. Thomas spoke with Hope and Liam and waited for the kids to go inside. Later, Thomas and Douglas went outside to play basketball. Liam thanked Hope for stepping up for Douglas after Caroline’s death. Of course, Hope was happy to be there for Douglas and could not imagine her life without him.

Later, Douglas and Thomas returned, and Thomas told him he loved him. Thomas also thanked Hope and Liam for creating a wonderful life for Douglas as he was worried his son was neglected. He asked Eric if he could move into the mansion with Douglas. Of course, Hope could see him whenever she wanted. Hope was furious to hear this. This sure is going to make big troubles in Hope and Thomas’ life. We will see more of that in the upcoming episode. The Bold and the Beautiful airs weekdays on CBS. Catch the latest news and spoilers from the show on TV Season & Spoilers.