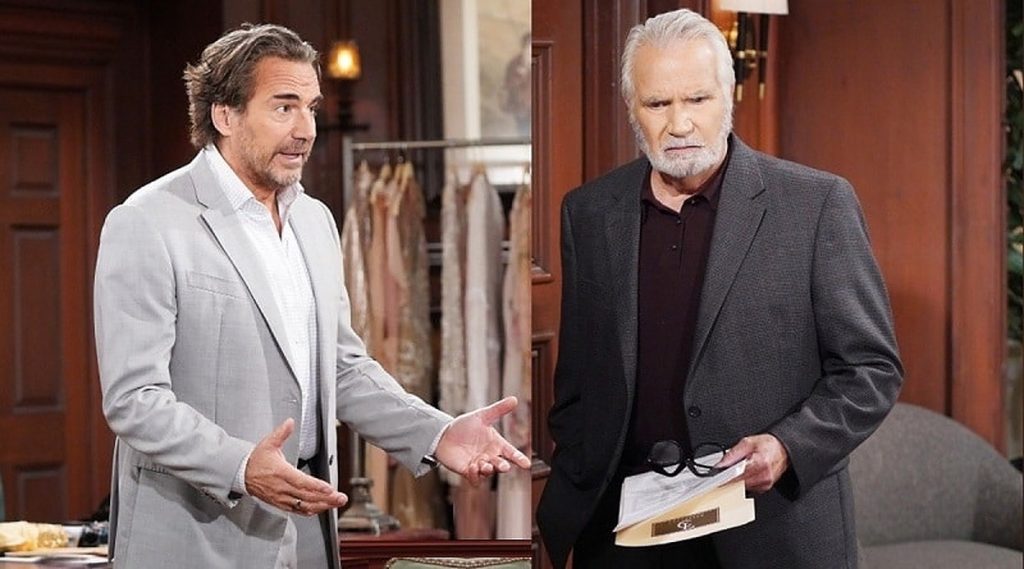 The Bold And The Beautiful Spoilers For December: Eric CALLS OUT Ridge, Sheila Comes Out In Open

‘Tis the season of joy and celebrations. Since the month of Christmas is here, Eric will hold a party, just like every year, and everyone will gather around for that. The Bold and the Beautiful spoilers suggest that Katie, Brooke, Donna, Hope, Liam, Beth, and Douglas will attend. We don’t know if Ridge is going to be there or not, but B&B spoilers suggest that this party is sure to be an emotional affair.

While the Logan-Forrester clan enjoys the celebrations with family, one of the Logan sisters might find love. This will be none other than Katie Logan, who will feel attracted to Carter. She has always been attracted to him, but when she sees him standing up to him, she starts to accept and realize it. Her feelings will run deeper, and a new couple might be in the making.

The Bold And The Beautiful: Finn’s Investigation, Sheila’s Survival EXPOSED

While there will be fun and celebrations, there will also be exposed mysteries. The Bold and the Beautiful spoilers for December 2022 suggest that Finn will be on a mission. He will either try to find his biological siblings or believe that Sheila is not dead. So, he will go investigate. While he is investigating and trying to find out about his biological family, Deacon is fed up with Sheila.

The Bold and the Beautiful viewers know that Sheila is nesting at Deacon’s place and till now, he was enjoying the presence of an attractive woman in his home. However, as Sheila gets desperate to leave the house, Deacon starts to grow worried. He will be worried that if people came to know about how he helped Sheila, it would only be downhill thereon. So, he will deliver an ultimatum to Sheila.

Further, the spoilers say instead of getting scared of Deacon’s ultimatum; Sheila will grow courageous and disguised by her wig, and she will leave home to be a free woman. However, her plan will not be successful because the Forrester family will come to know about Sheila’s survival at some point in December.

Thomas Is On The Road, Loses Everything

After celebrations and expose, there will also be a storyline of paying for your sins. This sinister is none other than Thomas. The Bold and the Beautiful viewers keeping up with the soap know that Thomas’s manipulation has led to him losing everything. So, he will now pay for all of it. As per the spoilers, Thomas will lose his job as Ridge Forrester fires him.

Not only that, but Hope will also blast him. She will feel that Thomas tried to sabotage her marriage, and she will tell him that she is embarrassed that she trusted and defended him. This means any possibility of a reunion between Hope and Thomas will end here. Not only this, but Hope will also decide to take Douglas back to the cabin where he can live a peaceful life away from all the planning and plotting.

The Bold And The Beautiful: It’s Revenge Time

Moving ahead in the month, a heartbroken Bill decides to avenge his defeat. After being rejected by both Brooke and Katie, Bill will get back to his old patterns where he will want to avenge Ridge. So, he will start plotting around it. The Bold and the Beautiful spoilers suggest that he will find a man who will be willing to do the same. It will be Thomas, who is also mad and vengeful about his family. So, these two might join hands and decide to fight.

Speaking of characters acting out and making decisions, The Bold and the Beautiful spoilers say that Taylor will also have to make a big decision. She will have to decide what she will do in the aftermath of Ridge’s decision. The last time she left town was majorly because she couldn’t see “Bridge” together. Now that she has seen Ridge crawling back to Brooke, it is possible that she might decide to leave the town again.

Rounding off the spoilers is Ridge, who will be rejected by Brooke. She will not be ready to accept Ridge because he cannot really make a decision. Ridge runs to Taylor as soon as things get tough for him and vice-versa. So, Brooke will not want to stay with a man like that. Ridge will be heartbroken, and this time, his father, Eric, will decide to show him some tough love.