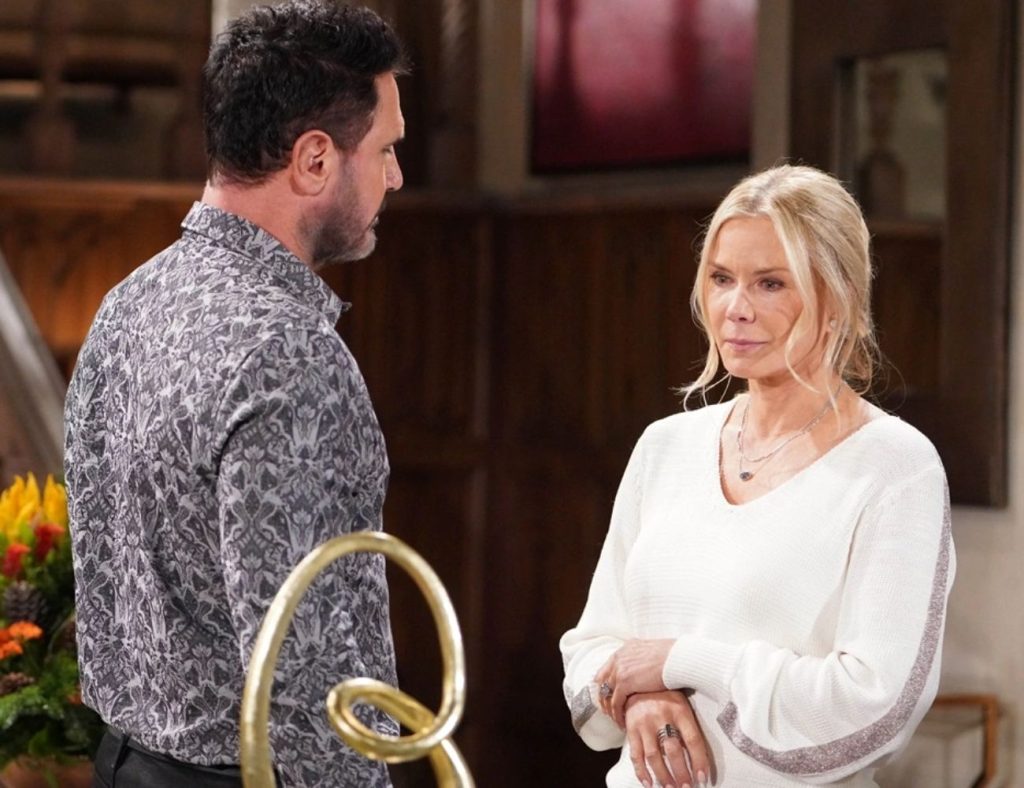 The Bold And The Beautiful Preview Video For The Week Of January 23, 2023: Deacon Questions Sheila, Brooke Tries To Wake Bill Up

The Bold and The Beautiful Preview Video For The Week Of January 23, 2023, reveal that Sheila and Bill’s twisted romance saga will continue on the soap. Sheila boldly declares that she will spend the rest of her life with Bill, however, he continues to stay in zombie mode by choosing silence. Brooke is flabbergasted at Bill and urges him to open his eyes. Meanwhile, Deacon questions Sheila about her real intentions with Bill Spencer. Is everyone right about Sheila? Is she really using Bill and he just can’t see it? Keep reading to find out what to expect this week on your favorite CBS soap.

The Bold and The Beautiful Preview Video For The Week Of January 23, 2023, shows Sheila getting closer and more intimate with Bill. Later, she brazenly declares to Deacon that she is going to spend the rest of her life with Bill Spencer. Deacon retorts that she surely hopes to do so. Is Deacon subtly insinuating that her plan of staying by Bill’s side won’t succeed? It seems like no one is convinced that Sheila and Bill are a long-term couple on The Bold and The Beautiful. Especially since they all feel that there is no actual love between the two of them. At Least not from Sheila’s end.

In The Bold and The Beautiful preview video, Deacon asks Sheila how much she actually love Bill. Moreover, how much is she using him? Sheila gives him a death stare but does not give him an answer. Deacon has spent too much time with Sheila cooped up in his tiny apartment. No one has knows her as intimately as Deacon has in the recent past. We bet he can see right through her intentions. Moreover, he seems convinced Sheila is incapable of truly loving anyone. After all, he experienced it firsthand. However, it’s also true that Sheila did not throw Deacon under the bus (yet). She kept the secret of him giving her refuge. But she can threaten to expose him if he tries to interfere in her plans with Bill.

The Bold and The Beautiful: Brooke And Katie Urge Bill To See The Reality

Brooke and Katie may have shot down Bill’s love proposal on The Bold and The Beautiful, but that does not mean they don’t care about him. Neither of his exes are willing to see him fall prey to Sheila’s treachery. Recently, Katie had visited Bill at the Spencer Mansion and tried to convince him to see that Sheila is only using him. However, Bill remained silent and Sheila eventually showed Katie the door. The Bold and The Beautiful Preview Video For The Week Of January 23, 2023 tease that Brooke has had enough and decides to talk to Bill.

Once again, Sheila interferes just like she did with Brooke’s sister. Brooke is furious and asks Bill if he will continue to let Sheila speak for him. Furthermore, she urges him to open his eyes on The Bold and The Beautiful. By this point, Sheila has had enough of Brooke’s meddling and asks her to stop. Despite Sheila previously telling Katie off, this ex of Bill is in no mood to back off. Katie tells him that Sheila Carter is playing him. However, Bill still remains mum. It is really unnerving to see Bill so tamed down by Sheila. What really is up with him. We really can’t wait to find out the truth! If you can’t either, then stay tuned to this week’s episodes of The Bold and The Beautiful. Meanwhile, you can see the preview video below.