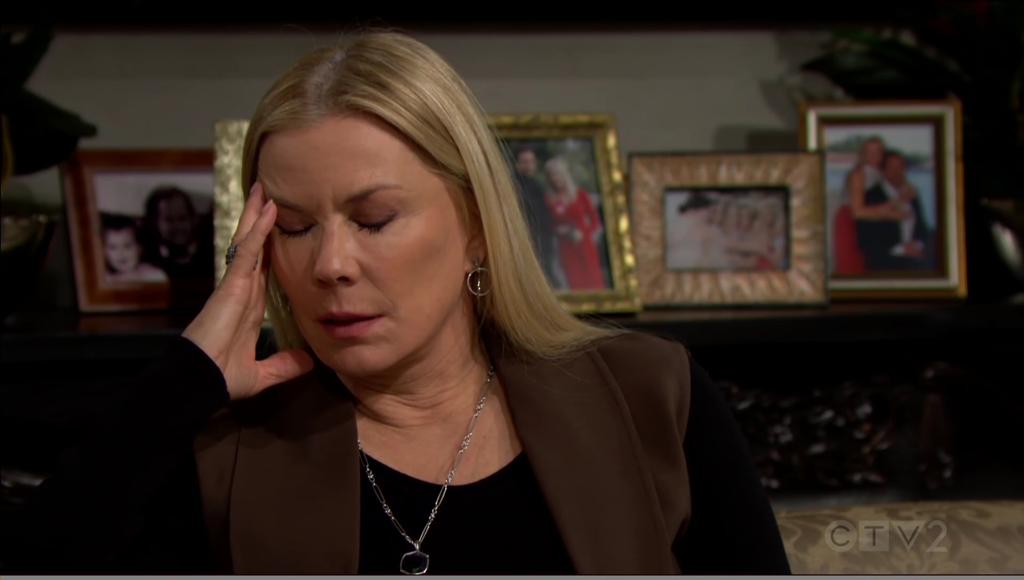 The Bold And The Beautiful Preview Video For The Week Of March 7-11,2022, Is Out! Brooke Makes A Decision, Sheila Carter Gloats

The Bold And The Beautiful preview video for the week of March 7-11, 2022, is out, and it reveals that viewers are in for some drama and action. First, Brooke Logan decides that she is letting Ridge go, but Ridge won’t be happy about it. Then, Sheila will gloat over Brooke’s broken marriage while Thomas Forrester is in a dilemma. What will happen next? Keep reading to find out.

Brooke Makes A Decision, Ridge Is Not Happy

Starting off the preview video, Brooke will be making a decision. Viewers know that Brooke was determined never to give up on her marriage. She also had a heated confrontation with Taylor about taking Ridge away from her. But, it looks like Brooke will have a change of heart in the coming week. In the video, Brooke is telling Ridge that she has to let him go.

On the contrary, Ridge won’t be glad to hear that and will be taken aback when Brooke declares that she’s letting him go. B&B fans know that Ridge ended his marriage with Brooke when he took off the ring and walked out on her.

Regardless, Brooke’s declaration will surprise him, and he won’t be happy that his relationship with Brooke is actually ending. It looks like Brooke’s epiphany will make Ridge chase her now. The speculation is that a love triangle might be in action soon on the soap opera.

The Bold And The Beautiful: Sheila Carter Gloats

Later in the preview, we will see Thomas paying a visit to Sheila Carter to get details about how she made sure that Brooke falls off the wagon. And, Sheila will show off

her brilliance by giving Thomas all the details of dirty work. We know that Thomas wants his parents to be together, but he will also feel that whatever Sheila did was wrong.

Moreover, he calls Sheila’s dirty work “evil” and is in a dilemma about what to do next. Even though Thomas hates Brooke, he might be a little bad for whatever happened to her because of Sheila. The spoilers tease that Thomas might be struggling this week with keeping the secret hidden or not from Ridge.

Tell us in the comments below what you think will happen next? Will Brooke actually let Ridge go? Until then, stay tuned. TV Season & Spoilers will keep you updated. The Bold And The Beautiful airs on CBS all weekdays. In the meantime, watch the preview video: