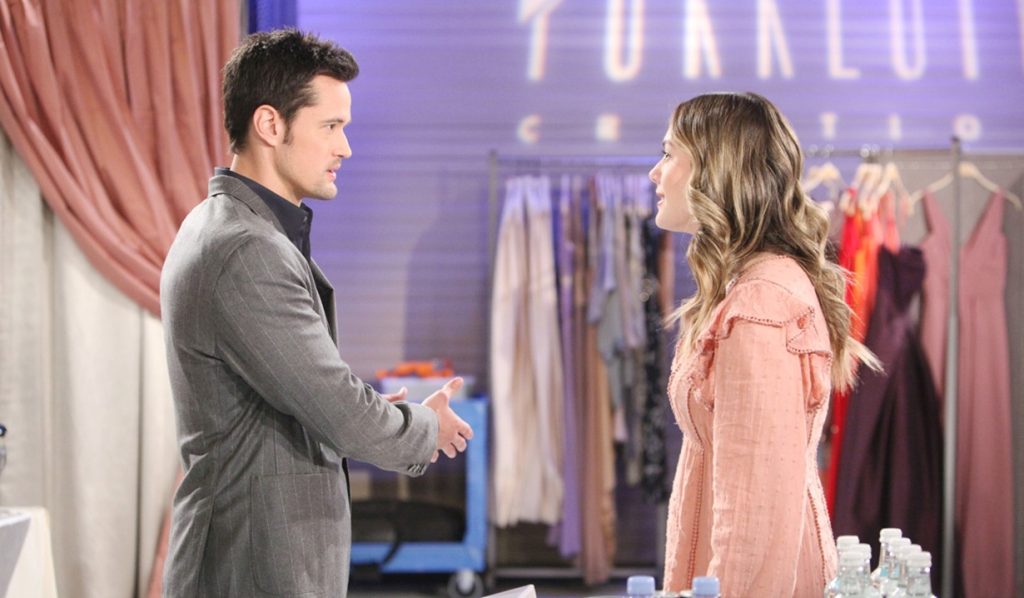 The Bold and the Beautiful Two Weekly Spoilers: Hope To Teach Thomas A Lesson

The Bold and the Beautiful spoilers for the upcoming two weeks suggest that there is a lot of drama building up on the show. Hope now knows about Thomas’s true intentions and will do something to teach him a lesson. While Bill might start feeling things for Brooke again. Along with that, Wyatt will realize that what he is doing is wrong. Keep reading to know all the details about the show

Bill To Promise Brooke Something

In the upcoming week of The Bold and the Beautiful, Bill will make a promise to Brooke. He agrees with Brooke that Thomas Forrester is a threat and will promise to take care of her if Ridge doesn’t. Brooke is now getting tired of Ridge, not understanding his son’s behavior. Bill hates that too, so these two will bond over that in the days to come. It won’t be long until the two start getting close. After that, they will surely regret it as Ridge and Katie will hit their minds.

The Bold and the Beautiful : Wyatt To Advice Bill

After that whole sequence, Bill will fantasize about it and think of his former flame. However, his vision of Brooke will go away when he meets Wyatt Spencer. Bill will go on a lengthy speech on Thomas and how he thinks that Brooke and Ridge’s relationship isn’t great. Wyatt will understand that his dad might again get feelings for Brooke. So, he will pass on some advice on that reunion.

Hope, Liam, And Steffy To Team-Up.

Steffy will express how guilty she feels about her participation in the whole Thomas’ manipulation part. Hope will feel bad since she had thought that the Liam-Thomas was over. However, Hope won’t go on to drool over that for long. She will shift her concentration on doing what is best for Douglas. The kid is stuck in a nightmare because of his dad.

What Will Hope Do?

Since Hope now knows about Thomas’s plan, she will plan a playback along with Liam and Steffy. This plan will teach Thomas a hard lesson. Just when Thomas and Zoe are getting married, Liam and Hope will arrive to put their plan in motion. Steffy, on the other hand, will try and convince Zoe not to marry Thomas. Brooke will also encourage Zoe not to do so. However, Zoe will not understand any of that.

Something will happen that will cause Douglas’ meltdown in the middle of the ceremony. He will make a scene and run upstairs, and Hope will follow the child. Zoe will urge Thomas to continue with the ceremony, but he will delay it as much as he can.

After consoling Douglas, Hope will go downstairs and shock everyone. She will wear the showstopper wedding gown that Thomas had designed and tell everyone that she wants to marry and give Douglas a happy family. Seeing that Thomas might dump Zoe, but later on, come to know that Hope was talking about getting married to Liam.

The week following that, Wyatt Spencer will feel very guilty. He is sneaking around with Flo Fulton and will be guilty of doing that. He has recently reunited with Sally Spectra because she is very sick and is counting on her last days. So, he will feel like he is betraying Sally by getting cozy with Flo behind her back. Sally has no idea that this reunion is all planned. If Wyatt continues to do so, Sally will feel that Wyatt is cheating on her. Wyatt will start to think about officially taking a step back from Flo and tell her that they shouldn’t meet anymore.

Will they be able to do that? That is, of course, the right thing to do now. How will Hope? Liam and Steffy’s plan work out? Will Thomas understand things? It will all be very interesting to see how the storylines unfold. Stay tuned with TV Season Spoilers to get The Bold and the Beautiful Spoilers and B&B updates for upcoming episodes.