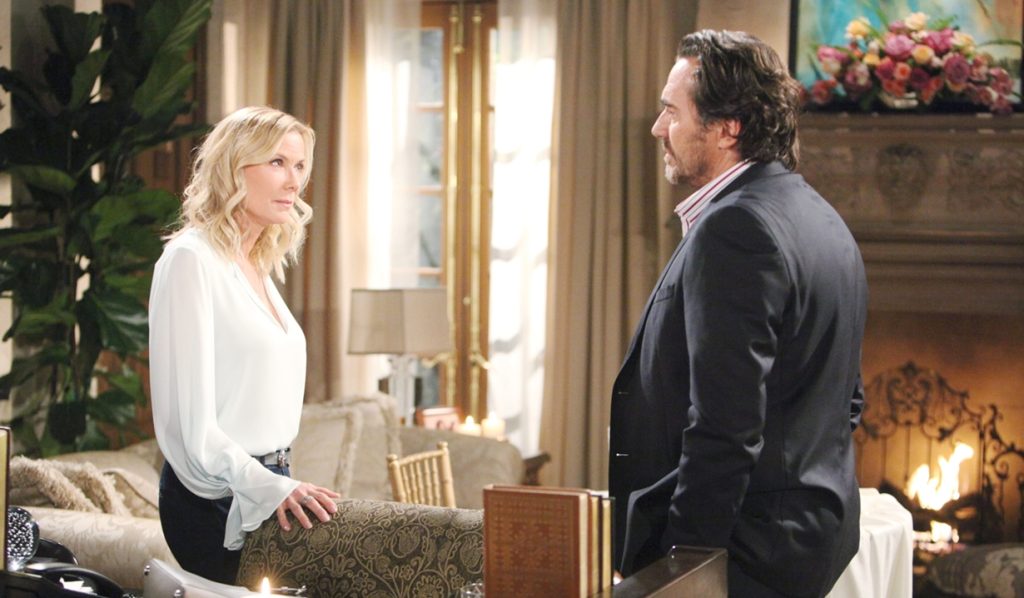 The Bold And The Beautiful Recap For August 16, 2022: Hope And Thomas Quarrel, Ridge Makes A Confession

The Bold and the Beautiful recap for August 16, 2022, reveals the story of Thomas and Hope. Thomas asked Ridge and Eric if he and Douglas could move into the Forrester mansion. Eric was happy to hear the news and was more than happy for them to stay at the mansion.

Meanwhile, Hope was not happy with Thomas’ decision. She discussed it with Brooke, who offered to intervene with Ridge. Steffy and Taylor discussed the future. Taylor remembered her kiss with Ridge. In the meantime, Ridge told Brooke about his moment of passion in Monaco. She looked at him in shock and anger.

Eric Is Happy For Thomas

In this episode of The Bold and the Beautiful, Thomas pitched an idea to Ridge after Steffy and Taylor left. Thomas wanted to live at the Forrester mansion with his son Douglas. Eric arrived and heard about Thomas’ wish and was happy for him. He would be thrilled to have him and Douglas join the family at the mansion.

Eric wondered what happened with Hope. Thomas insisted that this was him trying to take responsibility as a parent. Moreover, Thomas wanted his son to feel a sense of belonging. Eric was more than happy to live with Thomas and little Douglas.

Meanwhile, Hope was still upset about the whole ordeal. She discussed Thomas’ plans with Brooke. Brooke confessed she did not believe Thomas could raise Douglas. Furthermore, she agreed to talk to Ridge about this and ensure Douglas stays at the cabin with Hope and Liam.

The Bold And The Beautiful: Li And Bill Get Candid

Elsewhere, Bill and Li had a vulnerable conversation in this episode of The Bold and the Beautiful. He confessed his sins and Li assured him

he was unlike Jack. Moreover, Bill had saved their lives and was nothing like Jack and his chaos. Later, Li asked Bill about his wife.

Bill admitted that he had not been married to Katie for a while. They were not able to reconcile. Katie and Bill did not agree with what he had to do to save his sons. Bill felt Li could relate to this and suggested they had much in common. Li agreed and thanked him for helping her in the alley. She hugged him and thanked him for saving her and her son Finn’s life.

Taylor and Steffy left Ridge’s office and started chatting. Steffy told Taylor that she felt her parents were very much in love. Furthermore, she did not want Taylor to waste her time thinking about the consequences. Taylor could not help but think about the kiss she shared with Ridge in Monaco.

Speaking of Ridge, he was startled by Brooke when he was deep in thought. Brooke wanted to talk about Thomas and Douglas but received the shock of her life. Ridge told her about what happened in Monaco and confessed to being swept in emotion. Brooke looked at him in utter shock. The Bold and the Beautiful airs weekdays on CBS. Catch the latest news and spoilers from the show on TV Season & Spoilers.