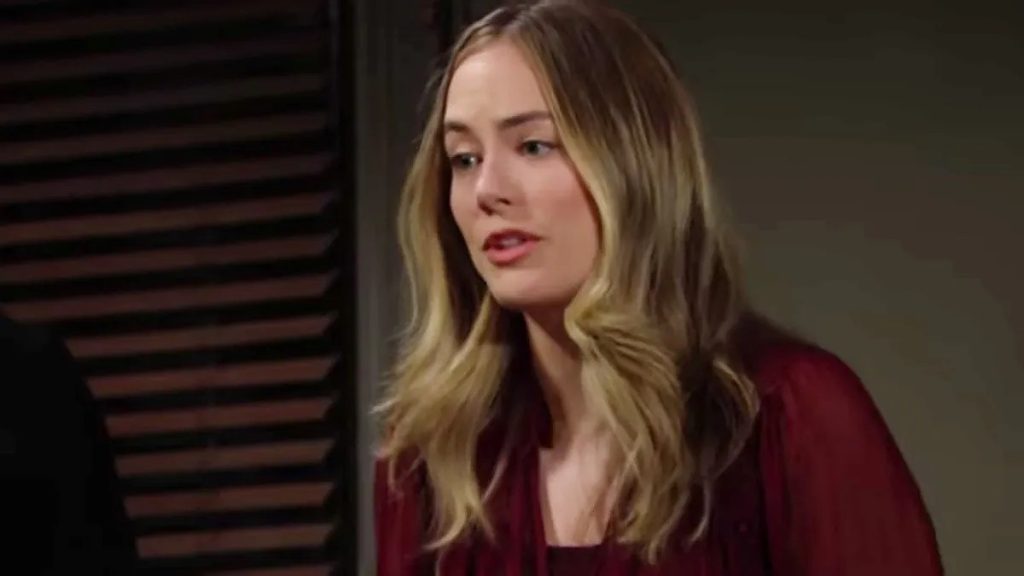 The Bold and the Beautiful recap for August 29, 2022, revealed the story of Lina’s introduction to Hope. Deacon arrived in time and tried to get Hope to leave. However, he was a bit too late. Hope already met Sheila disguised as Lina. After their encounter, Sheila was certain no one else in town would recognize her. Deacon was afraid, but Sheila seduced him.

Later then, Hope met Liam, Ridge, and Brooke and told them about Lina. Brooke was curious, and Ridge was furious about the fact that there were more secrets in Deacon’s life. Meanwhile, Quinn and Carter spent some passionate moments together, happy to have each other in their lives.

In this episode of The Bold and the Beautiful, we saw Deacon arrive at his house in a hurry. Previously, Hope had arrived at his house unexpectedly. This could be dangerous as she might discover Sheila at Deacon’s house. Upon reaching his house, Deacon tried his best to get rid of Hope.

Sheila introduced herself as Lina to Hope and joked about Deacon’s nervousness. Hope was on her way out and told Lina it was nice to meet her. After Hope left, Deacon was furious at Sheila for messing with his family. He demanded Sheila had to leave because it was too risky for her to stay with him.

However, Sheila believed she had handled the situation quite well. Hope had not recognized her, which meant no one else in town would recognize her. Deacon did not want to play games with Sheila. But, She assured him this was not a game; she only wanted to stay out of prison. Sheila suggested taking a shower together as a way to relax.

The Bold And The Beautiful Recap: Hope Told Everyone About Lina

Later, Hope arrived at Brooke’s place. Ridge and Liam were with Brooke when she arrived. Hope learned about Ridge’s confrontation and told them there was a new woman in Deacon’s life. Hope told them she had a small conversation with Lina but felt like she had met her before. Furthermore, Hope suggested Lina was waiting for Deacon to get off work at his house.

Brooke was curious about this new character. Ridge was furious to know Deacon had kept another secret from the family. Hope was not sure what the equation was between Lina and Deacon. Ridge thought it was crazy that any woman wanted to be with Deacon.

Meanwhile, at the Forrester Creations, Quinn and Zende shared compliments about each other’s work. Carter arrived and spent some quality time with Quinn. Their date also involved fancy delivery food. Quinn felt lucky to be with a man like Carter. She was happy to be the center of all his affections.

Carter thought Quinn was very brave because she was self-aware. It was her openness that attracted him to her in the beginning. Moreover, Carter admitted he saw a future with Quinn. Later, the two flirted, and Carter kissed Quinn passionately. However, we know that Rena Sofer is leaving. So, is this the end? We will know in the next episode. The Bold and the Beautiful airs weekdays on CBS. Catch the latest news and spoilers from the show on TV Season & Spoilers.