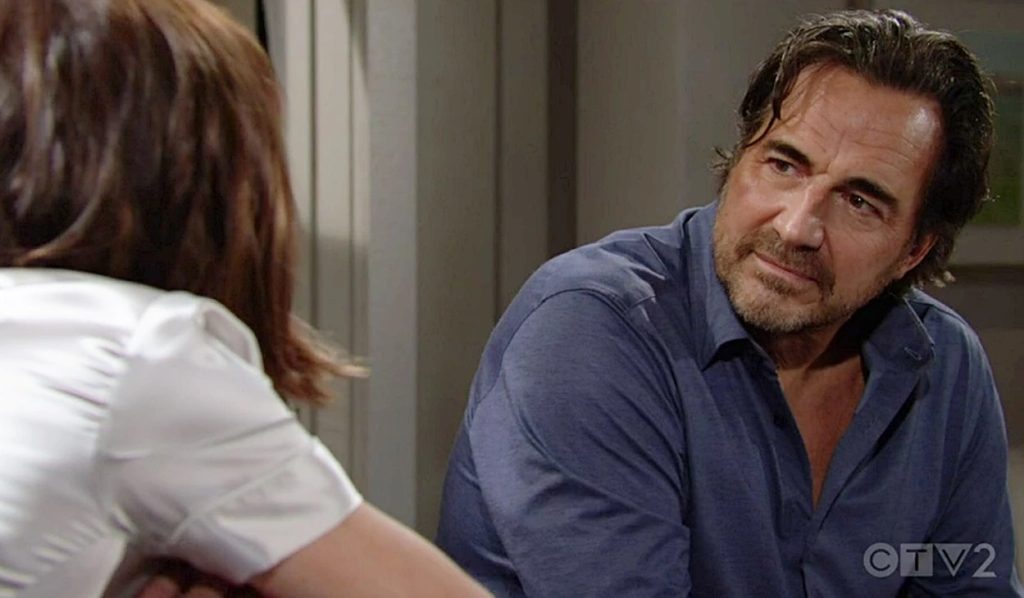 The Bold And The Beautiful Recap For August 31, 2022: Ridge Is Going CRAZY, Thomas And Hope Fight

The Bold and the Beautiful recap for August 31, 2022, reveals the story of Brooke and Taylor’s fight. They accused each other of using Douglas for their gains. Ridge was shocked to see them drenched in paint and asked them not to stop fighting like children.

Meanwhile, Thomas walked in on Steffy and Hope’s fight. He wanted Hope to reconsider her thoughts about Douglas living with him. Hope shared her feelings and thought Thomas forgot she was Douglas’ mother now. Thomas insisted that she should give Thomas a chance to prove his fatherhood to Douglas.

In this episode of The Bold and the Beautiful, we saw Brooke and Taylor as they continue to fight. Ridge arrived and shook his head after witnessing their ugly fight. He demanded to know why they were throwing paint at each other. Of course, Taylor and Brooke blamed each other for their messy fight.

Taylor accused Brooke of using Douglas to cause issues between her and Ridge. However, Brooke insisted that pushing for Thomas’ custody battle was bound to create differences between Brooke and Ridge. Taylor was doing it intentionally to interfere in Brooke and Ridge’s marriage.

Ridge reprimanded the ladies for their childish behavior. Furthermore, he asked them to back off, so the pain does not peel onto him. Brooke suggested Ridge could join her in the shower if he wanted. Taylor watched as Brooke kissed Ridge and tried to soothe him. She insisted nothing could come in between her and Ridge.

The Bold And The Beautiful Recap: Thomas Tries To Convince Hope

Meanwhile, Thomas walked in on Hope and Steffy’s argument at the Forrester Creations. Later, Thomas mentioned that Douglas was with Amelia and Kelly. He wanted to have a private conversation with Hope about their ongoing situation. Steffy left the room

after he made his request. Hope told him she was worried about Thomas’ intentions for Douglas. She believed Thomas was putting his wishes before what was appropriate for Douglas.

Thomas insisted that he was Douglas’ father and that the kid needed to be around him. On the other hand, Hope believed Thomas was ignoring the fact that she was Douglas’ mother. Moreover, Hope insisted that it was Thomas’ idea in the first place for her to become Douglas’ mother. She defended Douglas’ happiness at the cabin and mentioned it would be ideal for him to continue to stay there.

However, Thomas wanted a chance to show Hope how Douglas could also have a happy life at the Forrester Mansion. He felt guilty for not being able to offer stability to his child. Thomas was a different person now and could provide for his son. He insisted that Hope should come and see what their life would look like at the Forrester Mansion. How will Hope react to this? We will know in the next episode. The Bold and the Beautiful airs weekdays on CBS. Catch the latest news and spoilers from the show only on TV Season & Spoilers.