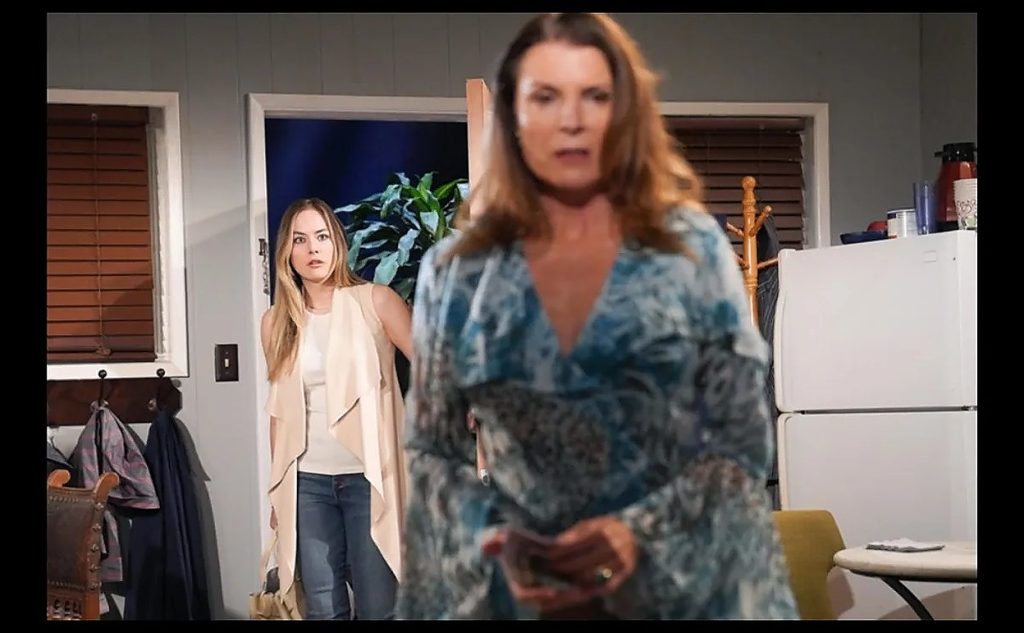 The Bold And The Beautiful Recap For Friday, August 26, 2022: Ridge Confronts Deacon, Hope Runs Into Sheila

The Bold and the Beautiful recap for Friday, August 26, revealed the story of Hope and Deacon. Liam arrived at Brooke’s house and learned that Hope was out to meet Deacon. Brooke and Liam discussed Hope’s trust in Deacon, Douglas, and other news from town. Meanwhile, Ridge confronted Deacon about his picture with Hope and Brooke when he was in Monaco.

Deacon received a call from Liam notifying him about Hope’s plan to visit him. He panicked and left for home. Hope had already met Sheila, but she was in disguise. Sheila introduced herself as Nicolina, an old friend of Deacon. Would Hope figure out the truth? Here is all about it.

Liam & Brooke Have A Chat

In this episode of The Bold and the Beautiful, we saw Liam arrive at Brooke’s place. He learned that Hope was with Deacon. Brooke and Liam took the opportunity to discuss Douglas’ case. They talked about Ridge’s decision to disallow Deacon at their home. Brooke defended that Ridge did not want Hope to not be with her father. However, Liam insisted that this Deacon ban affected Hope.

Liam also talked about every one second guessing Deacon. The whole town thought he would know something about Sheila and slip up. They were waiting for Deacon to do something wrong so that they could tell Hope she was wrong. Liam was worried about his wife, so he hoped that wouldn’t be the case.

The Bold And The Beautiful: Ridge & Deacon Get Into An Argument

Later in this episode of The Bold and the Beautiful, Deacon was angry when Ridge arrived at the II Giardino. Ridge confronted Deacon about Hope’s picture with Deacon and Brooke. Furthermore, Ridge threatened Deacon to stay away from Brooke. He believed Deacon always caused trouble. To this, Deacon retorted that was not the case; he was unfortunate.

Ridge threw Deacon’s old association with Sheila on his face. Moreover, he was so angry he wanted to stop Hope from having a relationship with Deacon. Further, Deacon argued that his daughter wanted to have a relationship with him. Ridge believed Deacon wouldn’t be able to convince Hope for long.

Ridge arrived home and told Liam and Brooke about his encounter with Deacon. He assured Brooke he did not physically harm Deacon. However, Ridge did not want Deacon ever to harm Hope and Brooke.

Right then, Liam called to tell Deacon about Hope’s visit. Deacon panicked because he realized Hope would be at his apartment – where Sheila was! At Deacon’s house, we saw Sheila turn to face Hope with a pair of scissors in her hand. Sheila was in disguise, and Hope asked her who she was.

Deacon burst into his apartment. Hope asked him who the new woman was in his life. Deacon assured Hope she was no one special. Hope assured him she wanted what was best for him, and she wanted him to move on from Brooke. Sheila introduced herself as Nicolina. Deacon made up a story about an old friend who showed up to meet him without notice. Hope felt like she had met Nicoline before and asked her if they knew each other. The Bold and the Beautiful airs weekdays on CBS. Catch the latest news and gossip from the show on TV Season & Spoilers.