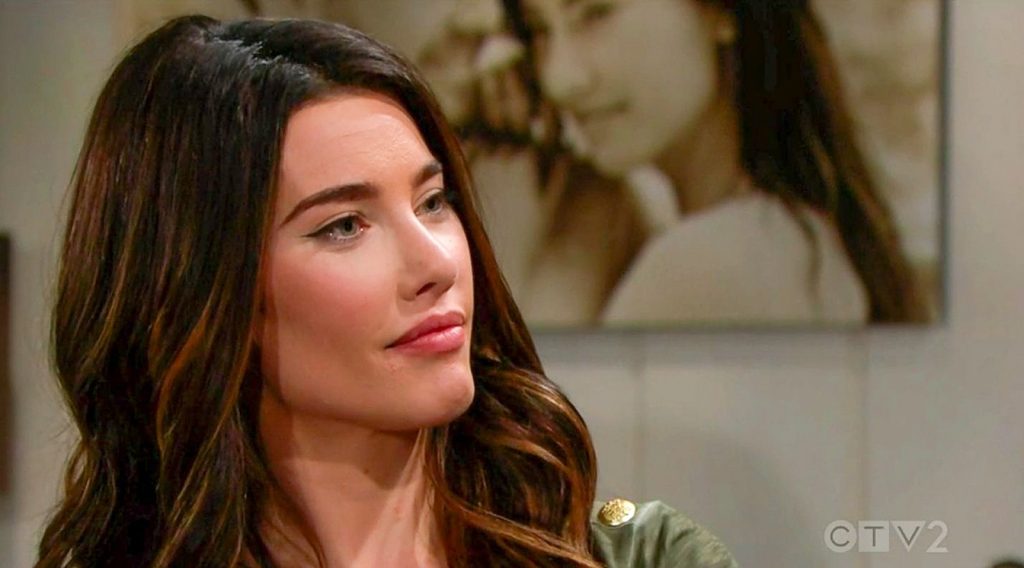 The Bold And The Beautiful Recap For Friday, September 30, 2022: Ridge Can’t Accept The Truth, Steffy Makes A Plan

The Bold and the Beautiful recap for Friday, September 30, 2022, revealed the story of Brooke and Ridge. First, we saw Ridge play the recording multiple times to ensure the voice was Brooke’s. Thomas insisted it had to be here because she had also threatened to call the CPS. Ridge could not believe that Brooke had lied to him.

Meanwhile, Brooke and Liam discussed what was happening and were worried about Douglas. They thought this incident could help Hope make a final decision and bring Douglas back to the cabin. Elsewhere, Steffy informed Taylor that their trip to Aspen was confirmed. Later, Steffy called Ridge and told him Taylor was leaving because she could not watch Ridge return to Brooke every time. How would Ridge react to this? Here is all that happened.

In this episode of The Bold and the Beautiful, we saw Thomas insist that the voice and name of the caller was Brooke Logan. Ridge wanted to hear the recording one more time to be sure. He realized the caller was Brooke and paced near the window in anger. Thomas helped Walter leave and apologized to his father for what was happening.

Ridge was shocked; Thomas insisted that Brooke had previously threatened to call the CPS. However, Ridge argued Brooke would never lie to him like this. Speaking of Brooke, Liam wondered if Hope knew about the CPS situation. Since the CPS visit went fine, he was relieved that the caller had made a wrong decision.

The Bold And The Beautiful Recap: Brooke & Liam Are Concerned

However, Brooke was concerned about Douglas’ safety regardless of the CPS. She believed Douglas was not safe with Thomas and should stay with Hope. Liam agreed and could not see how Hope did not see Thomas for who he was. Furthermore, Brooke was shocked that Ridge and Taylor had also turned a blind eye to Thomas. She insisted all of this was Taylor’s clever ploy to get Ridge.

Steffy & Taylor Will Go To Aspen

Meanwhile, Steffy assured Taylor that the plan for Aspen was still on. She wanted to invite Ridge as well, but Taylor rejected the idea. Taylor insisted that she would be the bigger person here and do what Brooke could never fathom –respect her marriage. Later, Steffy called Ridge

and told him Taylor wanted to leave Los Angeles. Ridge asked her why, and Steffy told him it made her sad to see Ridge return to Brooke.

Thomas asked Steffy to convince Taylor to stay. Steffy told him Taylor was not happy right now. Moreover, the Aspen trip was planned because Bill was selling his house. Steffy insisted she would make sure Taylor returned with her; she also asked Ridge not to give up on Taylor. The Bold and the Beautiful airs weekdays on CBS. Stay tuned with TV Season & Spoilers for the latest news and spoilers.