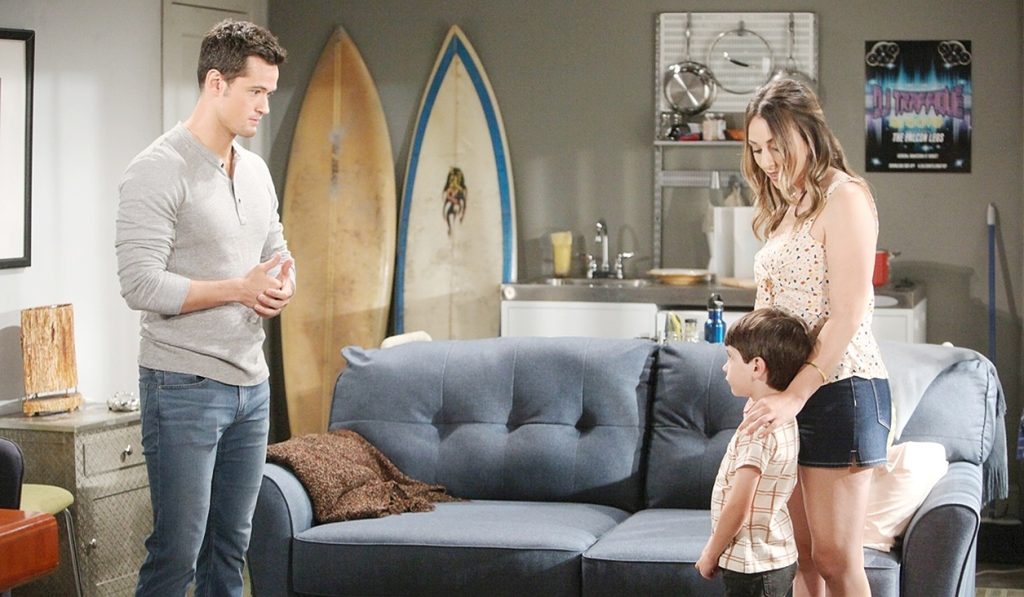 The Bold And The Beautiful Recap For Tuesday, September 27, 2022: Brooke Is Worried, CPS Arrives

The Bold and the Beautiful recap for Tuesday, September 27, 2022, revealed the story of Thomas and Brooke. First, we saw Steffy get furious as she heard Brooke question Thomas as a father. Ridge assured Thomas that he believed in him and thought he was a good father. However, Brooke was worried about the knife incident.

She shared details about Thomas’ threats with Hope and Liam. They were concerned for Douglas’ safety and wondered when Thomas would bring him back home. Further, Ridge played chess with Douglas and received the shock of his life when the CPS arrived at his doorstep. How would Thomas react? Keep reading to find out.

In this episode of The Bold and the Beautiful, we saw Steffy tell Taylor that Brooke always had issues with her. Furthermore, it was ridiculous to accuse Thomas of being dangerous to Douglas. This accusation would derail all the work Thomas had done on his mental health. Steffy was confident Brooke’s new trick would push away Ridge.

Taylor was uncertain about Steffy’s theories. After all, Ridge should want to get back with her even if he decides to leave Brooke. Steffy assured Taylor and asked her to have more faith. Moreover, Taylor confessed, Ridge had been more caring and helpful toward her in the past few months. Regardless, Steffy thought Brooke’s accusations were ridiculous and would push Ridge to the edge.

The Bold And The Beautiful Recap: Thomas Bonds With Ridge

Further, in this episode of The Bold and the Beautiful, Thomas wondered if Brooke would call Child Protective Services on him. Ridge tried to calm him down and defended Thomas as a father. However, Thomas wanted Brooke to stay out of their lives for good. He felt Brooke did not respect him

Charlie arrived and acknowledged Ridge had enquired about Brooke. He informed him Brooke was at the design office. Ridge hugged Thomas and assured him that he believed him. Thomas resolved to end the drama and asked Ridge to leave for the mansion as Douglas was waiting for him. Furthermore, Thomas was very emotional and told his father that his support meant a lot to him.

In this episode of The Bold and the Beautiful, Brooke informed Hope about the knife threats from Thomas. Liam was alarmed to hear Thomas had dismissed Brooke’s fears and taunted her about the knife. Furthermore, Brooke was concerned because Thomas had not brought Douglas home yet. Brooke left but she left her purse behind and Hope wondered if she would come back to take it.

Liam felt they should be extra cautious because Thomas had issues. Hope agreed and felt the knife story was indeed distressing. Brooke and Liam felt the only way Douglas could be safe was if he lived with Hope. Meanwhile, Ridge played chess with Douglas and was happy to his grandchild had a good time. However, to everyone’s shock, CPS officers arrived at the doorstep, asking about Douglas. The Bold and the Beautiful airs on weekdays on CBS. Stay tuned with TV Season & Spoilers for the latest news and updates.