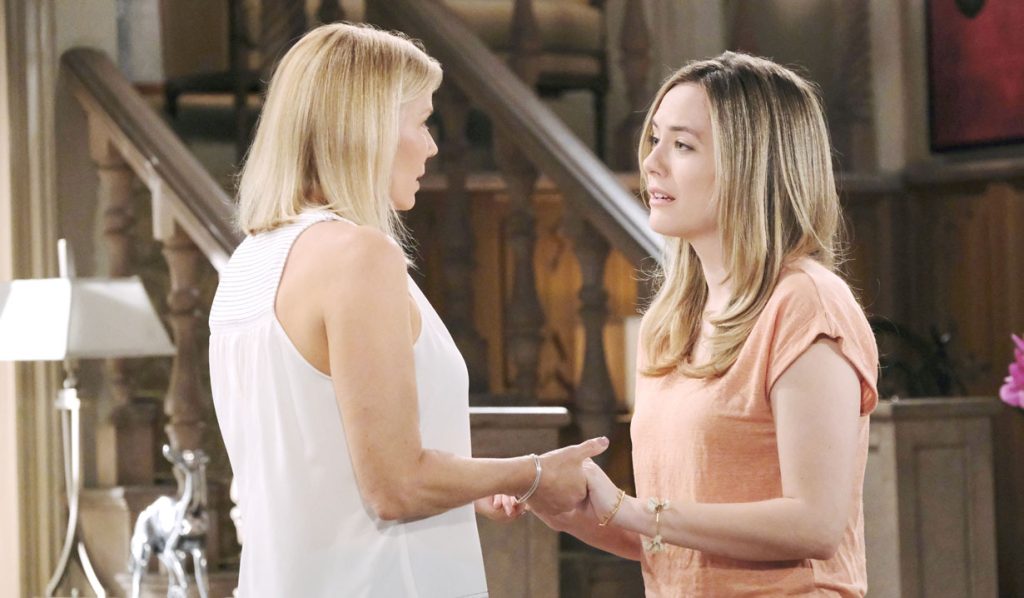 The Bold And The Beautiful Recap For Wednesday, September 21, 2022: Brooke & Hope Are On A War, Liam Meets Bill

The Bold and the Beautiful recap for Wednesday, September 21, 2022, revealed the story of Brooke and Ridge’s marriage. First, Brooke told Hope about Steffy’s threatening phone call that ruined her romantic evening with Ridge. Later, Brooke arrived at Taylor’s office and asked her to keep her daughter in check.

Elsewhere, Hope cornered Steffy and accused her of sabotaging her mother’s marriage. Steffy pretended to be clueless about these allegations. Later, Liam met Bill and warned him about getting close to Brooke in Ridge’s house.

In this episode of The Bold and the Beautiful, Brooke left a voicemail for Ridge because she was sorry and missed him. Hope overheard her mother making the voicemail and learned about Steffy’s interruption of Brooke’s romantic evening. Steffy made sure Ridge came home too late to spend time with Brooke.

Hope wanted to know what happened; Brooke explained Steffy answered the phone because Ridge was busy. Moreover, when Brooke demanded to talk to Ridge as his wife, Steffy threatened that wouldn’t be the case for long. Hope was horrified to hear about what happened. Furthermore, Ridge had no idea this conversation had happened as he had a meeting.

Meanwhile, at the Cliff house, Steffy praised Thomas and Zende’s new collaboration. Everyone accepted the Forresters were in a happy place. All that was missing was Taylor and Ridge’s official reunion. Taylor warned Steffy not to involve Zende in this mess; he left after he could sense something was up. Thomas and Steffy insisted Taylor and Ridge had to be together.

The Bold And The Beautiful Recap: Brooke Confronts Taylor

After Steffy left, Brooke arrived to meet Taylor at the office. Furthermore, she confronted Taylor about Steffy and asked her to keep her daughter in line. She was done with her shenanigans, and did not expect her to behave like a child. Taylor argued Brooke had the entire day to plan things with Ridge. Thus, she did not think Brooke could blame Steffy for what was happening in her marriage.

Brooke also told her about Steffy’s interruption when she answered Ridge’s phone. However, Taylor refused to believe this was true. Brooke asked Taylor to ask Steffy herself. At the same time, Hope cornered Steffy and accused her of sabotaging Brooke’s marriage with Ridge. Steffy accused Hope of overreacting and said she did not pass on the phone because it was not an emergency.

Further, in this episode of The Bold and the Beautiful, Bill called Liam and Wyatt to his office. Turns out he just wanted to grab lunch with his kids and take a break from work. They talked about Ridge running into Brooke and Bill hugging each other. Wyatt flipped when he heard the news.

Liam suggested getting close to Brooke in Ridge’s house was not a good thing. However, Bill insisted he did not understand why Brooke put up with his demands. He told him he could see the connection Brooke and Ridge shared and understood where she was coming from. Later, Liam ranted about Thomas’ manipulative behavior. The Bold and the Beautiful airs weekdays on CBS. Stay tuned with TV Season & Spoilers for the latest news and updates.