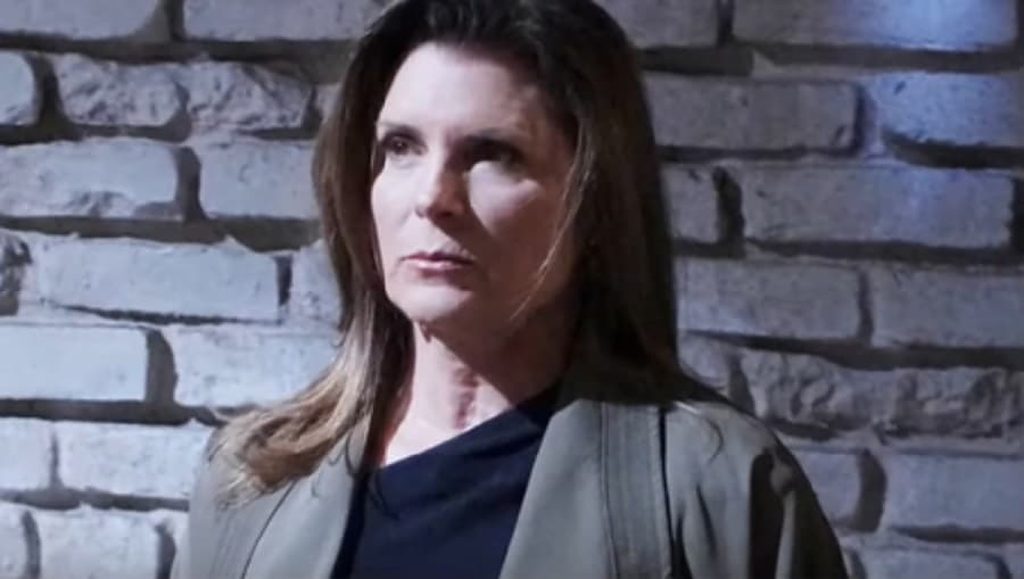 The Bold And The Beautiful: Sheila Escapes, Leaves Deacon’s House?

The Bold And The Beautiful spoilers tease that Sheila might escape from Deacon’s house, and he will have no control over her. A whole lot of problems will fall on Deacon’s head when his hostage makes it out of his house. What will happen after that? Let’s discuss how the storyline will pan out and push Sheila to leave her new crush’s house.

The Bold And The Beautiful spoilers tease that Sheila and Deacon will have an argument regarding Ridge’s love triangle in the upcoming days. Fans know that Sheila likes Deacon, and at the same time, she detests Deacon’s interest in Brooke’s single status. Since the day Sheila noticed that Deacon is willing to win Brooke, she is extremely upset with that.

So, that pretty much explains why Sheila is taking sides with Brooke. Looks like Deacon and Sheila will start having a conversation about Ridge’s love triangle. Deacon will admit that Ridge’s indecisive nature has caused a great amount of ordeal for both women. So, he will confess that both Brooke and Taylor deserve someone better. However, Sheila thinks otherwise. Although Sheila dislikes both Taylor and Brooke, she hates Brooke more. But still, she will remind Deacon that Brooke belongs with Ridge.

As for Deacon, he won’t like hearing that statement coming from Sheila. During the week of December 5-9, 2022, the argument between Sheila and Deacon will increase a bit more. Deacon will continue to get pissed off seeing Sheila pairing Brooke with Ridge. Since Brooke already rejected Bill, Deacon still thinks that he has a chance with her. But Sheila’s constant pestering will just lead to Deacon delivering a fierce warning to Sheila. He might threaten Sheila that if she does anything to Brooke, he will hand her over to the cops. Well, Sheila may also remind her that if she is going, then she will take him with her as well.

The Bold And The Beautiful Spoilers: Deacon’s Warning Pisses Sheila, Leaves His House

Next, Sheila might be all rile up after getting some dangerous threats from Deacon. She won’t like how Deacon is ready to leave her for Brooke. The Bold And The Beautiful spoilers tease that Sheila may now decide to give Deacon some taste of her craziness. This will lead to Sheila leaving Deacon’s house. All this while, Deacon always gets scared when Sheila leaves his house. This time, she will move permanently.

Of course, this will scare Deacon to the core since he won’t have much control over her anymore. While she is nesting in his house, he has the upper hand but not anymore. As for Sheila, she already has so much money, so it won’t be a big deal for her to buy a place as her new hideout. Whatever happens, Sheila is definitely going to unleash her wrath. November sweeps 2022 already hinted that Sheila will finally be back to her vicious planning and plotting. So, we will have to wait to see what she does. Stay tuned and watch The Bold And The Beautiful, it airs on CBS. For more updates and spoilers, visit our website, TV Season & Spoilers.