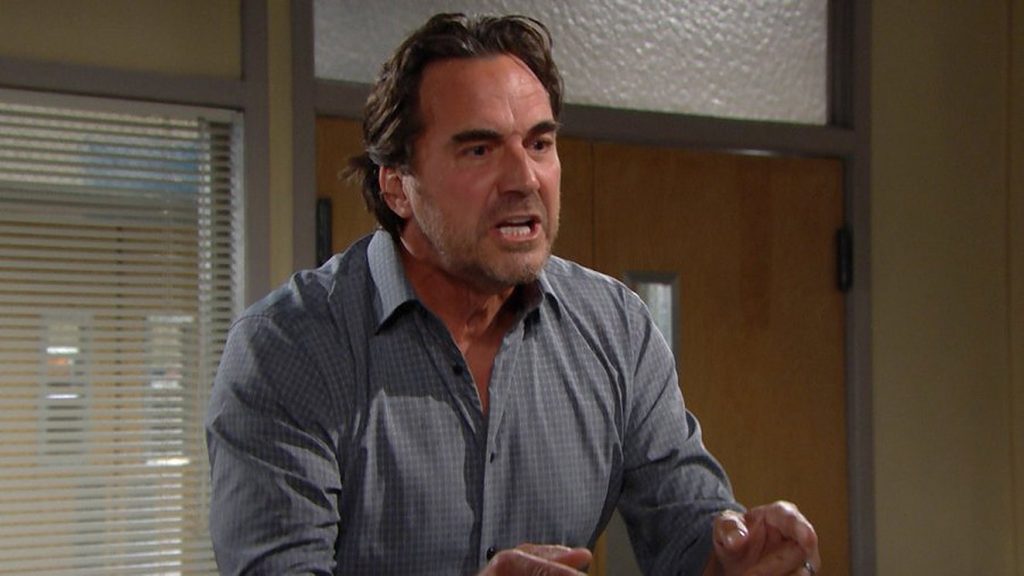 The Bold And The Beautiful Spoilers For The Week Of November 28-December 2, 2022: Ridge Lashes Out, Sheila Reminds Deacon

The Bold And The Beautiful spoilers for the week of November 28- December 2, 2022, tease that Ridge will break down after realizing how he treated Brooke. But before that, he will have to handle the mess Thomas has created. Looks like Ridge will make a scene and lash out at Thomas for scheming and framing Brooke. Keep reading to know what B&B has in store for the viewers next week.

Ridge Lashes Out At Thomas

After listening to the recordings, Ridge will first feel really bad for Brooke and the way he treated her. The Bold And The Beautiful spoilers say Ridge will remember the time when Brooke claimed that she had never made any call to CPS. But still, Ridge treated her badly without any reason. But before apologizing to Brooke, Ridge will first need to handle the mess Thomas has created. Since Steffy already handed over the phone to Douglas, he will hear the recordings. Apart from that, Steffy and Taylor will also tell Ridge about what all happened.

Ridge’s anger will reach its peak, and he will lash out at Thomas for framing Brooke. All this while, he thought that Brooke was the one who called the CPS. In reality, Ridge left his wife because he prioritized his love for Thomas more than he had for Brooke. Now he will realize that it was the biggest mistake of his life. Ridge will lash out at Thomas for being so inconsiderate and making a mess.

Other The Bold and the Beautiful spoilers tease that Ridge will now struggle to make a decision. On one side, he has Taylor in a wedding gown, and on the other, Brooke, distraught at her home. Even though he would like to go and apologize to Brooke, he will feel bad for Taylor. Ridge did promise Steffy that Brooke is past, but now he will feel like he is going against his own promises. Whatever the case, Ridge will find it extremely difficult to handle the situation. Not to mention, the bond between Ridge and Thomas is broken, and it can’t go back to how it was. The real question is: Will Thomas even be guilty about what he has done? We will know that soon.

The Bold And The Beautiful Spoilers: Sheila Reminds Deacon Of Something

Next, Sheila and Deacon will have a conversation about what is going on between the Forresters and Logans. The Bold And The Beautiful spoilers say that Deacon will blame Ridge for everything. He will point out how he is indecisive and is hurting both women. But Sheila will remind Deacon that no matter what happens, Brooke and Ridge belong to each other. Fans know that Sheila likes Deacon, and she would never want him to get paired up with anyone.

However, the Deacon will think otherwise and point out that Ridge belongs to no one. Neither to Taylor nor to Brooke. He will make a point that both these women deserve better. Meanwhile, Deacon also knows that Brooke has already rejected Bill. So, he will feel that he has some hope left with her. Whatever happens, Deacon doesn’t know that the she-devil will never let him leave her. Fans have seen the craze Sheila has for the person she likes and can stoop to any level to be with them.

So, Deacon better watches out for his step and not dream much about his future while harboring a criminal at home. Stay tuned and watch The Bold And The Beautiful, it airs every weekday on CBS. For more updates and spoilers, visit our website, TV Season & Spoilers.