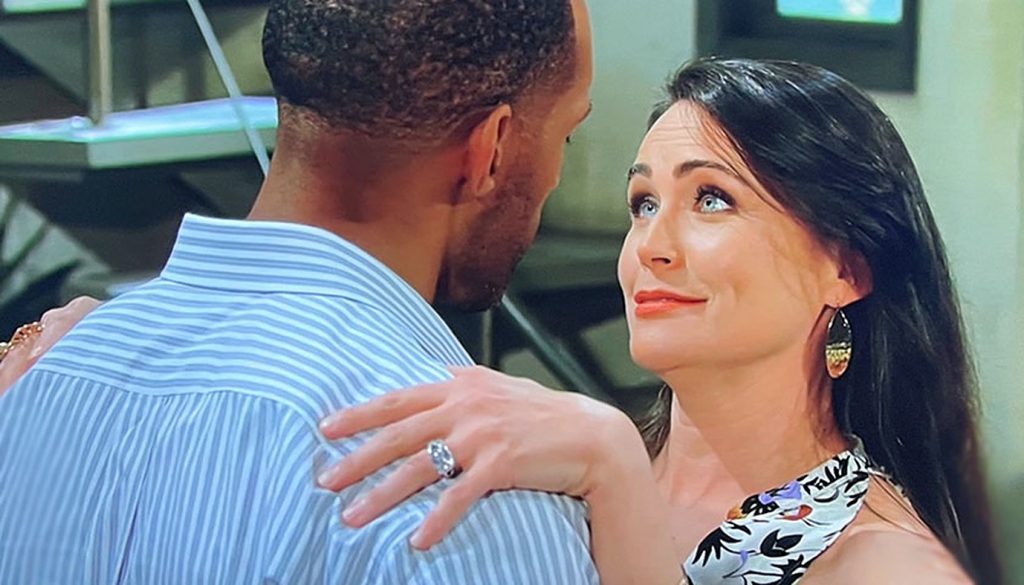 The Bold And The Beautiful Spoilers For August 29, 2022: Quinn Says Goodbye To B&B, Deacon-Sheila’s Close Call

The Bold And The Beautiful spoilers for August 29, 2022, reveal that Deacon and Sheila will have a close call. Hope’s sudden visit will put her to suspect the mysterious woman. Afterwards, Deacon will lash out at Sheila for coming in front of Hope. On the other hand, Quinn will have her last scene on B&B. Before Rena Sofer’s exit, Carter and Quinn will share some sweet moments together. Read the entire article to stay in the loop with the storyline.

Hope’s Suspicion On The Mysterious Woman

Over at Deacon’s place, Hope just paid a sudden visit. Instead of Deacon, she will come across a stranger who claims to be his new girlfriend. The Bold And The Beautiful spoilers claim that Sheila will introduce herself as Nicolina, or Lina for short.

However, Deacon will come just in time and hope to deal with this whole situation. He will mention Lina as his old pal who came randomly but will leave soon. But, Lina will inform Hope about some unfinished work in LA. To this, Deacon will lose his cool. He will think that he can tackle the situation on his own, and Sheila didn’t need to open her mouth.

Whatever it is, Hope will feel that she has seen her somewhere. For defense, she will simply change the track by saying she has one of those faces. However, Hope will grow suspicious about everything surrounding this woman. Will Hope realize that the strange woman is actually Sheila Carter? The one everyone presumably thought a bear had for dinner? We will know that soon.

The Bold And The Beautiful Spoilers: Deacon Blasts At Sheila

After Hope is gone, Deacon will fume with rage. He will realize that keeping Sheila is way too risky, and he cannot take the trouble. As for Sheila, she wonders why he is shouting at her. According to her, she handled the situation well. However, Deacon will be fed up with her aloof attitude.

After that, Deacon will ask Sheila to move out of his place. But, she being a maniac and stubborn person, won’t agree with him. Not to mention, Deacon has always been irresistible to her demands. This time also, he will not be able to throw her out. Adding to it, Sheila will even threaten Deacon. Of course, it will be related to the intimate moments they shared. Even after knowing the crimes she had committed, he still allowed her to stay. No doubt, if Sheila gets caught, Deacon is going with her.

Further in the Monday episode of The Bold And The Beautiful, Quinn and Carter will share a sweet evening together. They both will enjoy their romantic dinner together with good food and wine. Since Rena Sofer is bidding goodbye to the soap, her last scene will be aired on August 29, 2022.

Fans can expect Quinn and Carter to get on sheets and take their relationship to another level. The writers will hopefully end this on a positive note. However, it is teased that the Quinn-Carter relationship will get an off-screen breakup in the future. Possibilities are there that B&B might pair Carter with someone else down the line. Stay tuned to watch The Bold And The Beautiful, which airs every weekday on CBS. For more updates and spoilers, visit our website, TV Season & Spoilers.