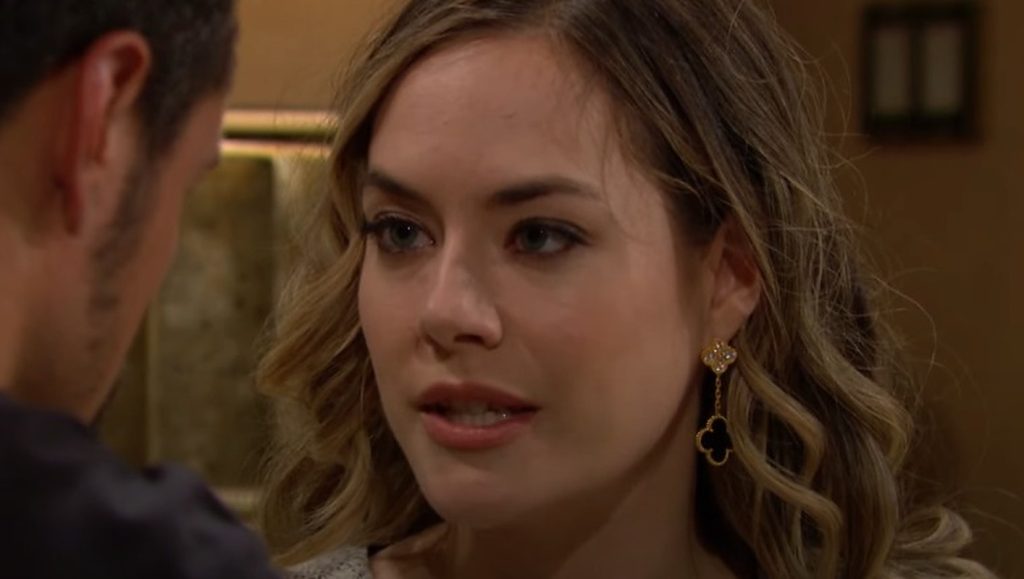 The Bold And The Beautiful Spoilers For December 6, 2022: Hope Lashes Out At Thomas, Deacon Threatens Sheila

The Bold And The Beautiful spoilers for December 6, 2022, reveal that Hope will confront Thomas on all the lies he has been telling her. Instead of finding a solution, Thomas will make things worse and piss off Hope. At Deacon’s place, he will deliver a warning to Sheila, who Finn now believes is alive. So, Deacon will want to cut all ties with her. But will Sheila let that happen? Keep reading to know what is brewing in B&B in today’s episode.

On Tuesday, Hope will confront Thomas with some tough questions. The Bold And The Beautiful spoilers reveal Hope will confront Thomas on the CPS drama and how he framed Brooke. Because of him, Ridge and Brooke had to go through a lot, especially Brooke. Hope will remind him how Brooke didn’t even know what the reason was for getting the divorce papers. All this time, Thomas only pretended that he had changed, but in reality, he never did.

Once Hope mentions it, Thomas will try to do some damage control and hope that she will understand him. Other spoilers reveal Thomas’ damage control will actually backfire him when he says something unwanted. Looks like Thomas will confess that he just tried to end a toxic relationship that had a dead end. According to Thomas, Ridge and Brooke’s relationship is something where neither of them can find happiness. Thomas feels that he just helped Ridge get a nudge in the right direction because Ridge belongs to Taylor and not Brooke.

Of course, this will piss off Hope, and she will now want to know why he involved Douglas in all of his mess. To this as well, Thomas will come up with an excuse to defend himself. This will be enough for Hope to lose Hope in Thomas, and it will be time that she distances herself from him. Fans know that Thomas is obsessed with Hope, and his obsession is growing day by day. What will he do now? We will know that soon.

The Bold And The Beautiful Spoilers: Deacon Threatens Sheila

Next, Deacon will fret over his future now that Finn doubts Sheila is alive. He also came in with a theory and request to support him in searching for his maniac mother. The Bold And The Beautiful spoilers reveal Deacon will now decide to finish the problem once and for all, and for that, he will need to somehow get rid of the she-devil.

Deacon will deliver a threat to Sheila that if she doesn’t go out of his house, he will call the police. Sheila will also remind him that if she is going, then she will take him also with her. However, Deacon may argue that cops won’t believe his side of the story. Regardless of what happens between them, Finn and Steffy are certainly going to search for Sheila before she causes any harm. Stay tuned and watch The Bold And The Beautiful, it airs every weekdays on CBS. For more updates and spoilers, visit our website, TV Season & Spoilers.