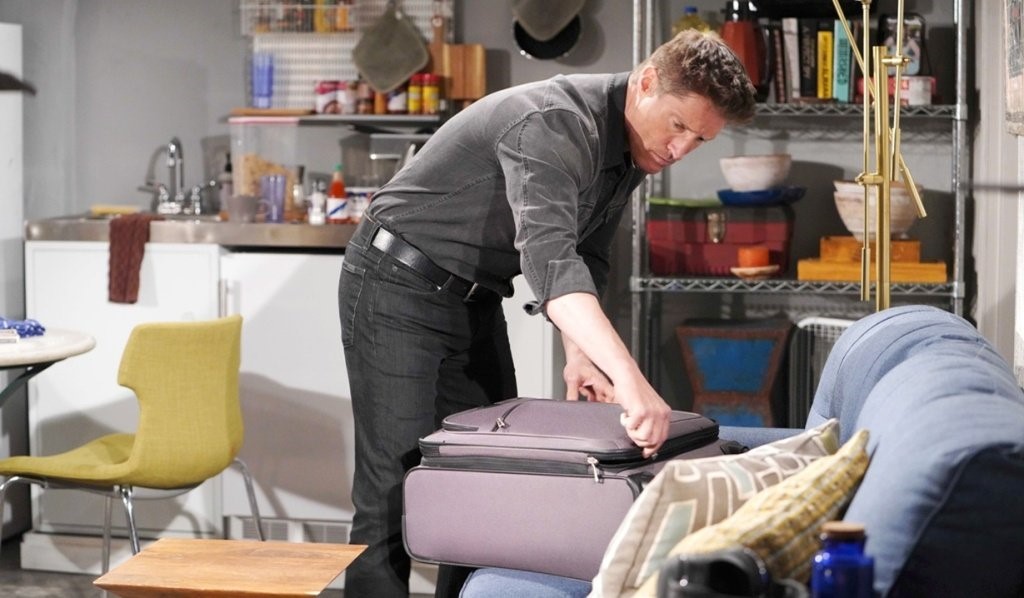 The Bold And The Beautiful Spoilers For December 8, 2022: Deacon Is Questioned, The Truth Comes OUT?

The Bold and the Beautiful spoilers suggest that the upcoming episode of that is Thursday, December 8, 2022, episode will bring some serious action and drama. Owing to their recent discovery of Sheila’s survival, Steffy and Finn will show up at Deacon’s place. They will question him, and it will leave the man really worried. Next, Bill loses his calm when Katie tells him how she wants to be with Carter. Further, after this, Katie and Carter themselves will have a major discussion. What would happen? Keep reading to know.

Deacon Gets Worried As Steffy And Finn Raise Questions

In the upcoming episode of The Bold and the Beautiful, Steffy Forrester and John “Finn” Finnegan will land at Deacon’s door and put him through some tough questioning. They will tell Deacon that they are sure that Sheila is alive and in hiding. So, they were wondering if Deacon knew anything about her whereabouts. B&B spoilers say that as Deacon listens to Steffy and Finn, he will start to lose his calm, but he will try to keep a straight face for now.

In all honesty, while Deacon knows that Sheila is alive, he does not know where she is at the moment. After all, she did slip away and is out. So, Deacon will start getting worried. If it were up to Deacon, he would break all his ties with her, but it seems just impossible. Deacon still has Sheila’s bag at his home, and that is a little tricky. If Sheila does not shows up to take her belongings away, Deacon will have to get rid of the bag on his own, and that could be really risky. Back with Steffy and Finn, they will still be skeptical of Deacon and will decide to keep a close eye on him.

The Bold And The Beautiful: Bill Is Enraged, and Katie Makes A Decision

On the other end of the town, Bill and Katie will have a discussion where Katie tells him that she is choosing Carter over him. This will push Bill off the edge, and he will be enraged. He will tell Katie that he will not stand all of this. Liam will get worried when he sees his father jumping on the bad side again. Bill will deal with his serious anger issues, and this will make everything very serious.

As for Katie, after a heated conversation with Carter, Katie will speak with Carter. She will ask him a rather daring question. She will want to know where her and Carter’s relationship is going. Up until now, the two of them were friends; Katie might now ask Carter to date. Would they be ready to take the big step? We will have to wait to know. “Dollar Bill” will surely create difficulties for the two of them. So, it is yet to be seen how they deal with it. The Bold and the Beautiful is dishing out new and interesting episodes. Make sure you tune in and enjoy. B&B airs on CBS all weekdays.