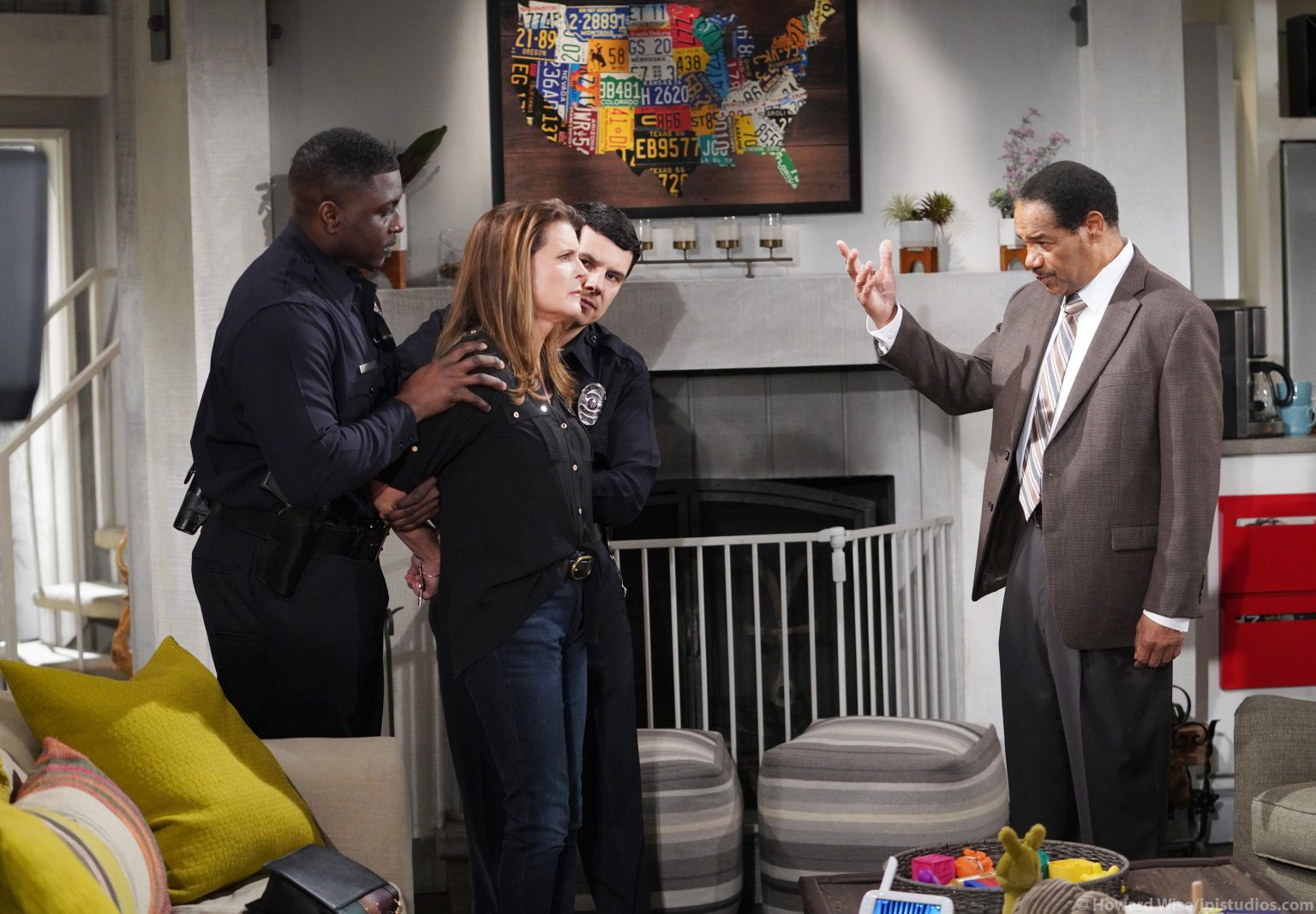 The Bold And The Beautiful Spoilers For Friday (June 10, 2022): Sheila Deals With Her Sentence, Paris Reels After A Kiss, Grace Is Unhappy

The Bold And The Beautiful spoilers for Friday (June 10, 2022) indicate romance and drama are coming up. Power struggles will flare as Sheila deals with her prison sentence. She doesn’t plan on going to federal jail by hook or crook. Furthermore, Grace will be unhappy about Paris and Carter’s recent closeness. What will she do? Keep reading to find out!

Sheila Gears Up For Prison

Sheila will be sent to a federal jail as she awaits her trial, as fans of The Bold And The Beautiful are aware. But she isn’t going to make it since there’s a getaway scheme in the works. Mike Guthrie was Sheila’s guard at the end of the June 9 episode, making her very happy.

Mike is an old ally, so he’s ready to join in on a fresh strategy to get Sheila out of prison. Sheila has the perfect opportunity to make a break in this transfer. Sheila has been claiming that her adversaries haven’t seen the last of her. You were right, Sheila!

She caught Li Finnegan’s mistake of saying John “Finn” Finnegan IS such a wonderful young man instead of was. Sheila may catch up with Li and follow her back to Finn’s hiding later. During the week of June 13-17 of The Bold And The Beautiful, Sheila will finally meet her long-lost boy!

The Bold And The Beautiful: Grace Is Enraged

Meanwhile, in The Bold And The Beautiful, Paris Buckingham will respond to Carter’s steamy kiss. Carter will insist on rekindling their romance. That, too in the open. Paris will have no reservations, but Grace will have plenty.

That’s why Grace will track down Ridge and tell him she wants to make an official complaint against Carter for harassing Paris. Sooner or later, Paris will be able to clear things up for Ridge. She will tell him that Carter’s attention

is much appreciated, and Paris has been pursuing him lately.

If Paris felt uneasy, she’d be more than capable of informing Ridge alone. Paris should finally advise Ridge that her overbearing mother is merely attempting to destabilize the situation.

Grace may be unable to get Carter fired or keep him away from Paris. But she’ll be rooting for Zende Forrester Dominguez to win Paris over in some way. According to teasers from The Bold and the Beautiful, Paris and Carter are planning their wedding for later this summer. That certainly will not make Grace happy!

The Bold And The Beautiful airs every weekday on CBS. TV Season & Spoilers are here with exciting updates for all your favorite soap operas. Stay tuned, and don’t miss out!