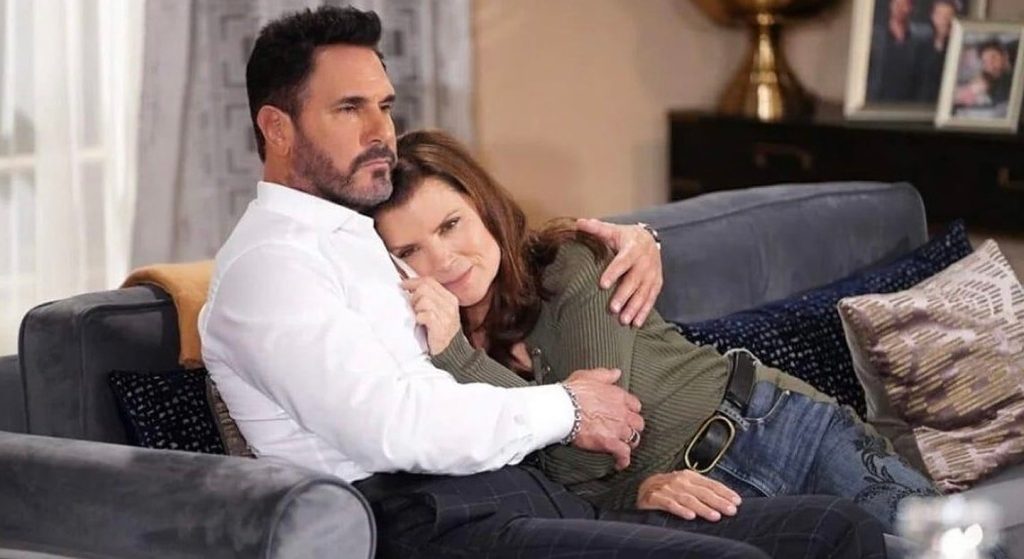 The Bold And The Beautiful Spoilers For January 18, 2023: Bill-Sheila Hit The Sheets, Steffy Makes A Promise

The Bold And The Beautiful spoilers for January 18, 2023, reveal that Bill and Sheila will seal their partnership by hitting the sheets. Bill will be on cloud nine after getting someone like her in his life. Over with Steffy, she will decide that she can’t let her fear make her weak, and she will fight for justice for her family. So, she will make a huge decision regarding Sheila. Keep reading and find out what is going to happen in today’s episode.

First, Bill and Sheila will seal their deal of “us against the world” alliance with a kiss. The Bold And The Beautiful spoilers say Sheila and Bill will immediately hit the sheets after that. Now that they have proved their craze for each other to Steffy and Taylor, Bill will be on cloud nine. However, fans know that Sheila is playing and manipulating his emotions for her personal benefit. But he will continue to fall deeper in love with her.

As for Sheila, her main goal is to get back with Finn and Hayes. Just like how she used Mike and Deacon, Bill is another scapegoat in her dream to reunite with her son. Now that Bill has become ‘Dollar Bill’, it will be interesting to see how Dollar Bill reacts to such a massive deception from his lady love. Stay tuned for that.

The Bold And The Beautiful Spoilers: Steffy Makes A Promise

Next, Steffy will be done with letting the crazy mother win every time. Despite of the heinous crimes she has committed, she always makes an escape leaving innocent people to suffer. The Bold And The Beautiful spoilers claim Steffy will make an important announcement

. She will promise that no matter what happens, she will make Sheila pay for her sins. Although it is easy said than done, Steffy will want to show Sheila the route to hell.

In the meantime, she will also worry about the threat that could land Taylor behind bars. We will have to wait to see how Steffy keeps up with her, Finn will also be there to support her. Over with Liam and Hope, they will still struggle to believe Bill’s new romantic partner is Sheila Carter. The more they think about it, the more they will feel disgusted about it. Li will also come to know about Sheila from Finn and will fume in rage.

Back with Steffy, not just Finn but all her family members will agree with her and wish Sheila to put her behind bars as soon as possible. Since Katie failed to convince Bill, Brooke will now decide to make a bold move on Bill. Maybe a rather seductive move to say! Wait for that since B&B will air more twisted episodes in the coming weeks. Watch The Bold And The Beautiful, it airs every weekday on CBS. For more updates and spoilers, visit our website, TV Season & Spoilers.