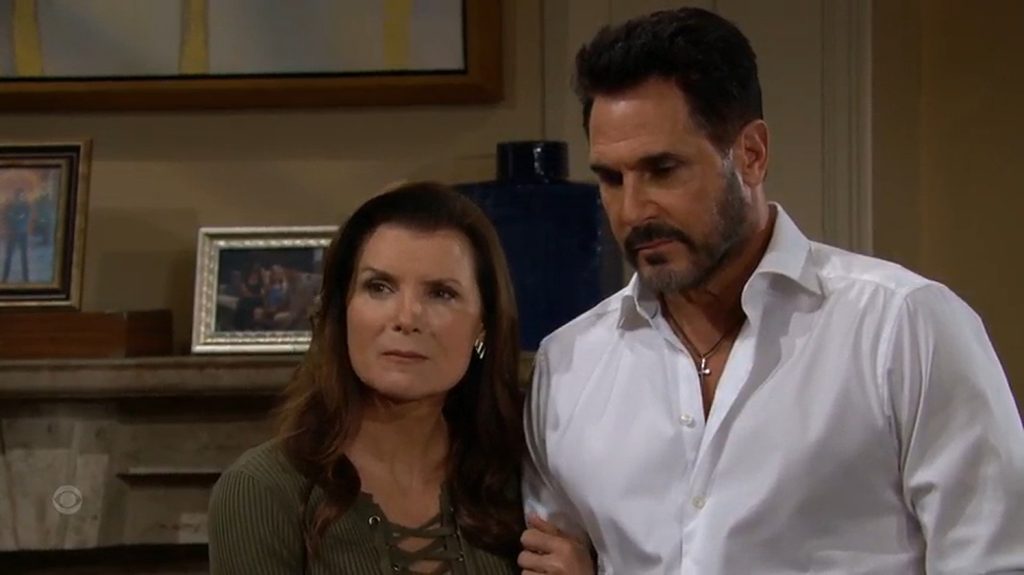 The Bold And The Beautiful Spoilers For January 16, 2023: Katie Makes A Risky Decision, Taylor-Steffy Test Sheila-Bill

The Bold And The Beautiful spoilers for January 16, 2023, claim that Katie will be horrified after she learns about Bill’s partnership with the craziest woman in town. It won’t take her long before she makes a major decision which will worry Carter big time. At Bill’s place, Steffy and Taylor will test Sheila and Bill’s relationship. However, they will be shocked to see how they react to it. Keep reading to know what is brewing in B&B in Monday’s episode.

On Monday, Finn will finally spill the truth about Sheila’s release to Katie. Although Carter will already have told her the recent update about the she-devil, Finn will be the one to uncover Bill’s involvement in it. The Bold And The Beautiful spoilers say Katie will be horrified to hear such a shocking update. All this while, she thought that Bill made a ‘heroic’ move by calling the cops, but she will realize that it was all for his lady love.

Moreover, she will also realize how he has blackmailed Steffy and Finn. Looks like this is when Katie will make a major decision. She will decide to help Steffy and Finn by stopping Bill from doing whatever he is planning to do. Carter will worry for his lady love since he knows how dangerous Sheila is, and she may now target Katie if she interferes with them. However, Katie will be hell-bent to talk things out with Bill and show him the right path.

Not just Katie but Carter, Finn, Brooke, and everyone in the house will be wondering what Bill saw in Sheila. Out of all the women in town, how he ended up with the she-devil? Also, Sheila is not a person who can love anyone

with her whole heart, so they will wonder how she is going to use Bill this time. Stay tuned to see what happens over there.

At Bill’s Place, Steffy and Taylor will meet Sheila and Bill ahead of the Forrester Creations press meet after Sheila’s release. The Bold And The Beautiful spoilers reveal that Taylor will test Sheila for the love she has for Bill. Taylor knows that Sheila is not someone who will devote herself to a man, so she will want to test her feelings for Bill.

While Taylor lashes out at Sheila, she will also accuse her of manipulating Bill and trapping him in her fake love affair. She won’t believe that Sheila can fall for Bill. Other spoilers say Sheila and Taylor will soon have a verbal showdown which will make things more chaotic. Other spoilers say Bill and Sheila will soon hit the sheets. Stay tuned as B&B will air more emotionally-packed episodes in the future for the viewers as the chaos increase in Horton town. The Bold And The Beautiful airs every weekdays on CBS. For more updates and spoilers, visit our website, TV Season & Spoilers.