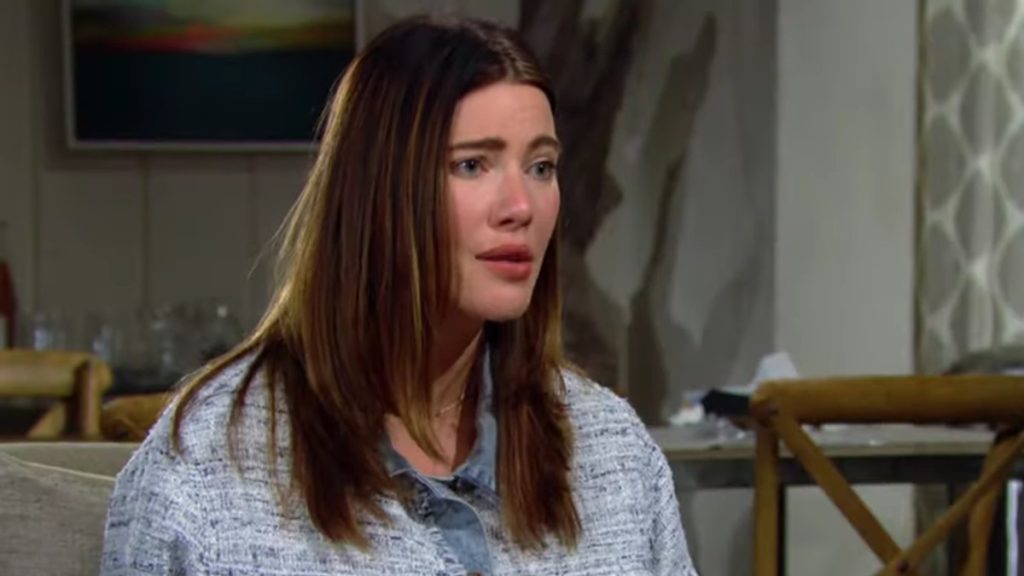 The Bold And The Beautiful Spoilers For July 26, 2022: Finn Fights Back, Steffy Gets New Visitors

The Bold And The Beautiful spoilers for July 26, 2022, reveal that Finn is tired of being under Sheila’s surveillance. He knows that no one will come to his rescue, so he has to help himself. Sheila is also afraid as she has used all the medicines and is left with none. It will be hard for her to calm Finn down.

Meanwhile, Steffy’s therapist will inform Ridge and Taylor about her health condition. Instead of getting better, Steffy will fall much deeper into the pit of depression. This will make Ridge and Taylor decide that they need to fly down to Monaco. Keep reading to know what happens in today’s episode.

Ridge And Taylor To Fly Off To Monaco

The spoilers for The Bold And The Beautiful claim that Steffy’s therapist will call Ridge to give updates on her health. Ridge will worry about the update he got from the therapist. Adding to it, she will inform him that Steffy’s mental health condition is going deep into the pit instead of getting better. Finn’s demise has left her in a very vulnerable situation. The therapist also says that Steffy is admitted to an in-patient clinic. It is a place people with depression get inpatient treatment.

Upon hearing this, Ridge will grow concerned for his daughter. He will inform Taylor, and both decide to pack their bags. They will want to be there for Steffy in her troubles. They will go onboard the Forrester jet and will head to Monaco.

The Bold And The Beautiful Spoilers: Finn’s Fight, Li’s Fate

Further, Finn knows that Sheila will never leave his side. In today’s episode, the spoilers for The Bold And The Beautiful tease that Finn will no longer be just lying on the bed. He will fight back with his full strength. He will use harsh words to Sheila to hurt her as badly as he can. If not words, he can even try to harm her physically. Meanwhile, Sheila is scared

as her medicines stock is almost over. Now, if she wants to control Finn with another syringe shot, she can’t do that.

On the other side of the town, Liam will know that Bill has saved some woman and is keeping her in his house. Liam might decide to pay a visit to see what’s going on in Bill’s house. This will lead to him recognizing Finn’s adoptive mother, Li. In this case, Liam and Hope will play an important role in decoding what Sheila has done in recent times. However, It is teased that they will learn about Finn’s survival at the end of the week. Stay tuned to The B&B for more family drama-packed episodes. Watch The Bold And The Beautiful, which airs every Weekdays on CBS. For more information on updates and spoilers, visit our website, TV Season & Spoilers.