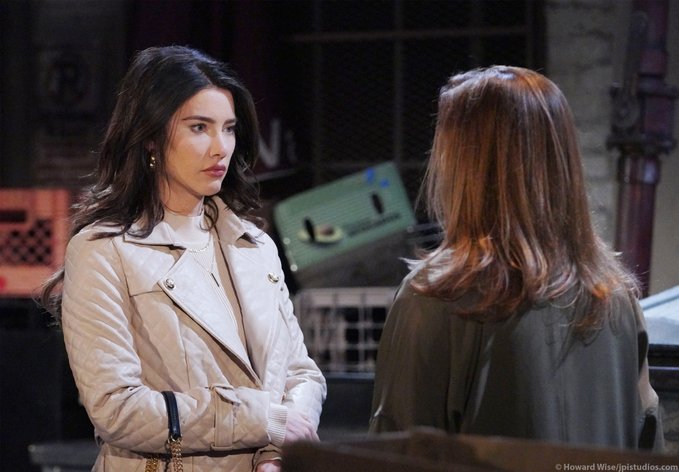 The Bold And The Beautiful Spoilers For Monday (April 4, 2022): Sheila’s Next Move, Steffy’s Love Triangle

The Bold And The Beautiful spoilers for Monday, April 4, 2022, suggest that more deadly will haunt Steffy in the upcoming episode. Although Finn took the bullet for her, she won’t be safe now. Meanwhile, Bill will offer some words of advice to Liam. But will he follow him? Thomas will also wonder about Sheila’s mental health. Keep reading to know more.

The Bold And The Beautiful fans know Finn took the bullet for Steffy by jumping in front of her, leaving both Steffy and Sheila in shock. It looks like he died before Steffy threatened Sheila for calling the cops.

Now Sheila’s gun pointing at Steffy left fans wondering what would come next. Steffy will be upset at the moment. Finn possibly is unconscious despite how it seemed to Sheila, Steffy, and viewers.

After all, Thomas didn’t die from the acid vat, including Liam, who ran over Vinny Walker. So, Finn might not die either but all of this will potentially brings some layers and twists.

The Bold And The Beautiful spoilers suggest that Sheila’s dream is coming true and might bring some near-death experiences. The situation might not be as deadly as it seems. Of course, Deacon Sharpe will face some shocking scenes on Tuesday, April 5, 2022.

The Bold And The Beautiful: Steffy’s Love Triangle

As for Liam, Bill will stop and meet Liam at the cabin and will give some words of advice. Bill will tell him that it could be tough to juggle two families. One with Steffy and another one with Hope. They’ve discussed this in the past, but it has become wishful thinking regarding Logan vs. Forrester drama.

The Bold And The Beautiful spoilers hints that Bill will pass a warning and remind Liam that he should stay loyal to Hope and don’t let the past love triangle get in the way. However, being Liam, a waffler, some problems will be on the verge of happening.

Further, on Monday’s episode, Thomas will grow concerned after listening to Taylor Hayes and Ridge Forrester debate on Sheila’s mental state. Thomas will be worried about what will come next. It seems like more stunning moments will take place in the upcoming episode. Stay tuned. TV Season & Spoilers will keep you updated. The Bold And The Beautiful airs all weekdays only on CBS.