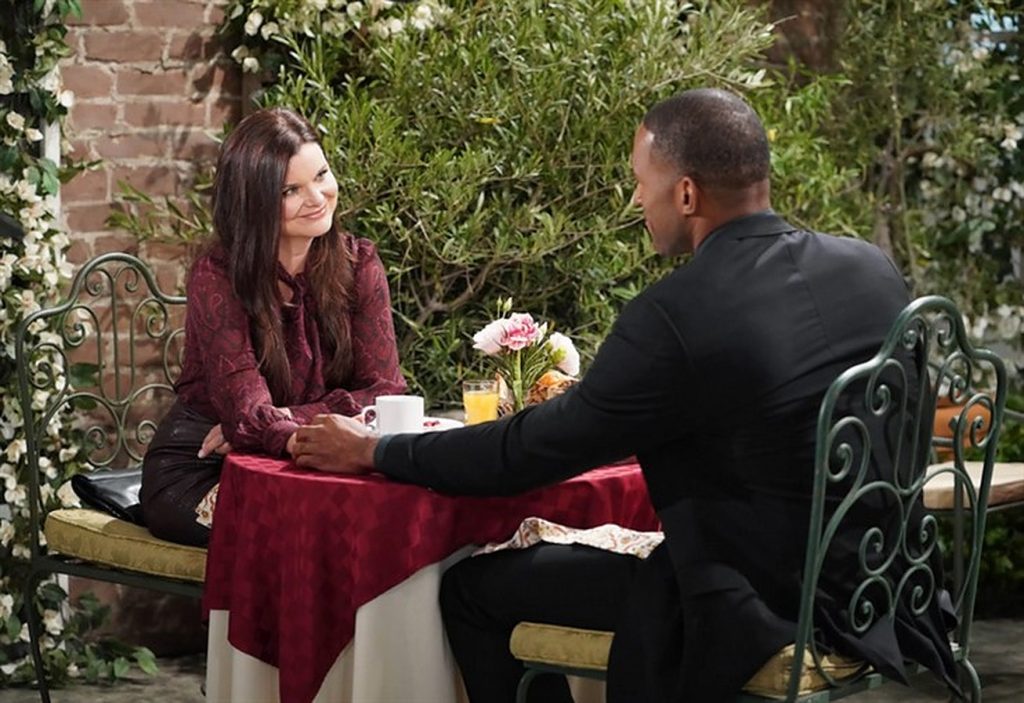 The Bold And The Beautiful Spoilers For October 21, 2022: Justin Strikes A Deal, Carter Expresses His Feelings For Katie

The Bold And The Beautiful spoilers for October 21, 2022, tease that Justin will strike a deal with Forrester Creation. But before that, he will have a conversation with Katie where she’ll explain her final decision regarding Bill. Elsewhere, Carter will be ready to move on from Quinn’s memory. Now that he has got the right lady in life, he will open up about his feelings to Katie. Keep reading to know what happens in B&B in today’s episode.

Justin Reflects On His Betrayal; Katie Opens Up To Bill

The Bold And The Beautiful spoilers say that Justin will touch upon how they both have changed over the years. He will wonder if Katie has really moved on and doesn’t want Bill in her life. As for Katie, she will make it crystal clear that she has. Now that Brooke’s marriage has ended, Katie will be more confident with her decision. Katie knows how Bill is and also just how much he prioritizes Brooke over her.

Later, Justin will have some legal work to complete. Looks like he will strike a deal with Forrester Creations. Although the deal details are unknown, it might be the core reason for Justin’s return to the town. Will he also hold a grudge against Bill and continue to work for Forresters? We will know that.

The Bold And The Beautiful Spoilers: Carter Opens Up About His Feelings

After Justin leaves, Katie will have another person to talk to. Of course, it will be Carter. As The Bold And The Beautiful preview video revealed, Carter and Katie will talk and open up to each other. Carter will be curious to know if Bill is really Katie’s past or she might still have some feelings for him. To this, Katie will again clarify that Bill is her past and won’t want him in her life anymore. She will even hope for a better future with Carter if he is willing to take her in his life.

As far as Carter is concerned

, Shauna just dropped Quinn’s update on him. All that Carter ever wanted was to give a better life to Quinn. But she just left him in altar because she didn’t want to hold him from marriage and children. This sole reason pissed off Carter to a great extent. So, he will also want to move on from Quinn’s memories.

After experiencing a sudden kiss from Katie, it’s not just her but also Carter who feels excited in her presence. So, he will also open up to Katie about his feelings for her. Even if Katie will be happy to receive his love, she will remind Carter that he can take time to think. Nevertheless, Carter seems to have accepted that he and Quinn are not meant for each other. So, Carter will seal the moment with a passionate kiss. Now that Carter and Katie are together, what all problems might come for them? Stay tuned and watch The Bold And The Beautiful, it airs every weekdays on CBS. For more updates and spoilers, visit our website, TV Season & Spoilers.