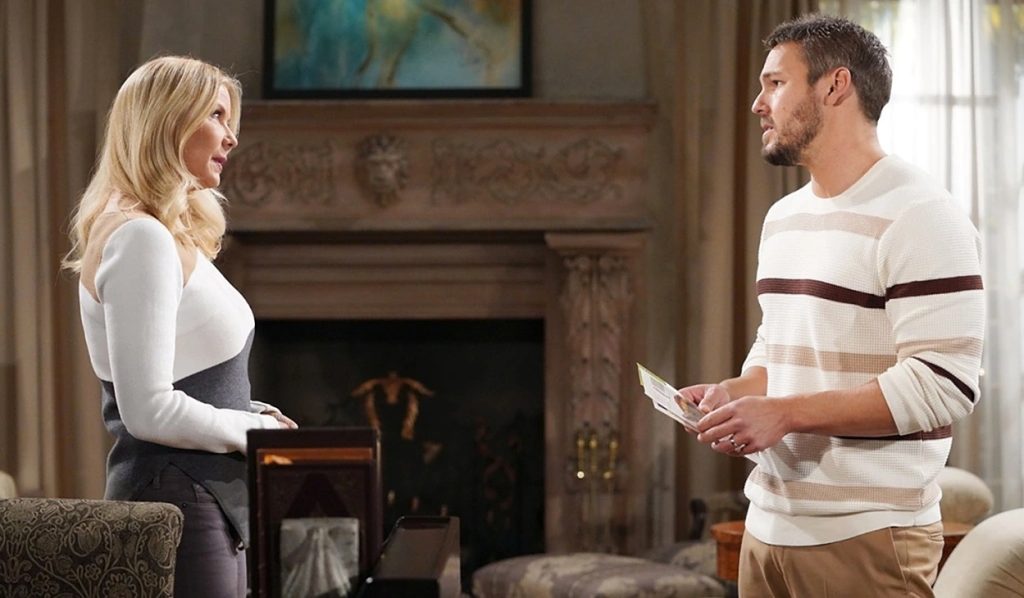 The Bold And The Beautiful Spoilers For September 1, 2022: Sheila’s Sneaky Plan, Liam And Brooke’s Concern For Hope

The Bold And The Beautiful spoilers for September 1, 2022, reveal that Sheila will want to see her son. She is so done with merely sitting around and doing nothing. However, Deacon calls out her madness and will try his best to block her plan. In the meantime, Liam and Brooke will grow concerned for Hope. They will fret over Thomas’ manipulative behavior. Is there suspicion legit? Let’s read the entire article to see what’s happening in B&B.

On Thursday, Brooke and Liam will discuss their concerns for Hope. The Bold And The Beautiful spoilers say that Brooke and Liam will suspect Thomas. With all the recent events, they will doubt that Thomas is falling back to his manipulative tricks. Not just that, but they will also think that he is trying to manipulate Hope’s attention through the custody battle. Brooke already thinks badly of Thomas. She will take her delusional thoughts even further and will think the worst.

In the meantime, Thomas will remain stubborn with his decision on Douglas. The Bold and the Beautiful spoilers say that later on, Hope will accuse Thomas of being selfish. She will tell him that he is putting his wants ahead of Douglas’ needs. To this, he will tell her that Douglas is having a blast at the Forrester mansion. In addition, he will also taunt her by saying she can come over and check by herself. Whatever it is, fans can expect Hope to visit the Forrester mansion soon to check on Douglas.

The Bold And The Beautiful Spoilers: Sheila’s Plan To Meet Finn

Further on The Bold And The Beautiful, Sheila will be so done with her daily routine. With the amount of craze she has had, it’s difficult for her to sit at one place and do nothing. So, she will soon come up with a dangerous plan. The B&B spoilers say that Sheila will now want to meet her son Finn.

Deacon believes that Sheila is out of her mind. Despite his repeated warnings, Sheila will plot a sneaky plan. It won’t be a surprise if Sheila’s desperation leads to her meeting Finn disguised as Nicolina. Whatever it is, Sheila is likely to be the spoilsport.

Forresters have just started celebrating Finn and Steffy’s reunion. Sheila coming back with her sinister plots is definitely going to cause huge mayhem. The question here pops is: Who will be Sheila’s next target? We will know that in the future. Until then, watch The Bold And The Beautiful, which airs every weekdays on CBS. For more information on updates and spoilers, visit our website, TV Season & Spoilers.