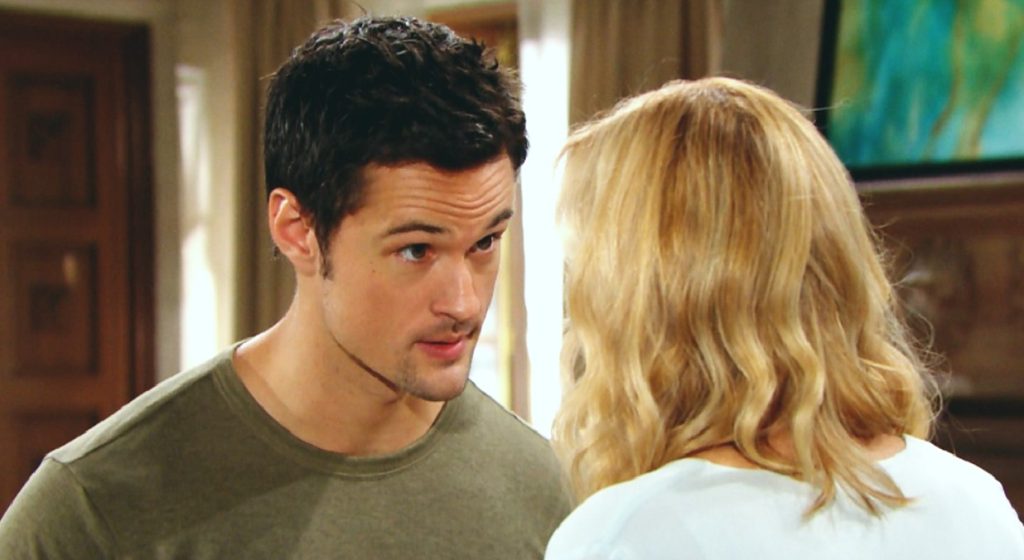 The Bold And The Beautiful Spoilers For September 30, 2022: Thomas Frames Brooke, Steffy-Taylor Are Off To Aspen

The Bold And The Beautiful spoilers for September 30, 2022, tease that Thomas was the one who framed Brooke in all the CPS drama. And, he will succeed in his plan to keep Brooke apart from Ridge. Over with Taylor, she will be so done fighting for her love life. So, Steffy will help in arranging a little getaway for her mother. Let’s see what B&B has in store for the viewers in today’s episode.

Now that the Child Protective Services are at the Forrester mansion, Ridge will try his best to save Thomas from their hard questions. Thomas will know that the longer they ask criss-cross questions, the higher the chances of him getting caught. By now, fans might know that Thomas was the one who framed Brooke in all this drama. When everyone thought Brooke was the one who called CPS, Thomas was satisfied that his plan was working.

However, The Bold and the Beautiful spoilers say that when Ridge says that he believes Ridge, Thom as will fume in rage. It looks like Thomas had to go through too much to pull this through. B&B spoilers hint that Thomas probably contacted a former Forrester Creation employee who has connections with CPS. Futther spoilers suggest that Ridge will want to get to the bottom of this and ask CPS for the truth. To clarify to Ridge, they will play the recording of the call they got. The recording will sound more like a robotic voice who claimed to be “Brooke Logan”.

Now the thing that Ridge will notice here is, if Brooke really had called, wouldn’t she want to highlight her close relations with Douglas? Instead of using “Logan” in her surname, she would have used “Forrester”. Since Thomas dislikes Brooke, he never saw her as a part of Forrester. So, he missed that detail. Would this bust his plan?

Regarding robotic voice, Douglas was playing with a voice-changing app a few days before. So, it won’t be surprising to see Thomas stealing that idea to frame Brooke. Over with Ridge, he will give the last chance for Brooke to admit that she is the one who called the CPS. Of course, her answer will be no, since she did nothing. This will piss off Ridge big time.

Further, on The Bold And The Beautiful, Taylor will have a change of heart. For many months, she has been consistently fighting to get Ridge back in her life. But, some way or the other, he finds a reason to go back to Brooke. Once Taylor realizes Brooke’s control over Ridge, she will decide to give up on him. However, Steffy will advise her mother to take some time off and clear her mind. With all the chaos going around, Taylor might need to prioritize herself and go on a small getaway.

Luckily, Bill is selling his house in Aspen and will offer Steffy to buy it. He will offer her to go and check his house; if she likes it, she can buy it. Once Steffy makes a decision, she will also take Taylor with her in Bill’s private jet. Now that Taylor is ready to give up her future with Ridge, does it mean the love triangle will come to an end? Doubt that. Stay tuned and watch The Bold And The Beautiful on CBS every weekday. For more updates and spoilers, visit our website, TV Season & Spoilers.