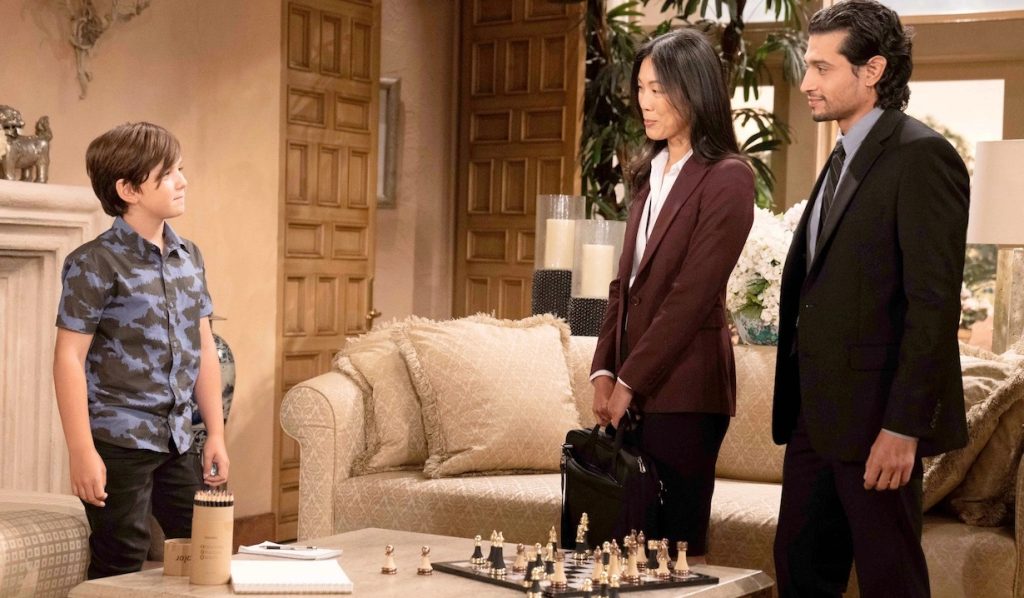 The Bold and the Beautiful recap for Wednesday, September 28, 2022, revealed the story of Hope and Thomas. First, we saw the Child Protective Services arrive at Forrester Mansion and ask questions to Douglas about his safety. Douglas answered their questions and claimed he was happy to be at the mansion with his father.

Ridge was furious and recalled Brooke threatening to call the CPS. He called her to confront her. Brooke denied all allegations. Steffy ranted about Brooke’s drama at Forrester Creations. Finn arrived and learned about what had happened at the Forrester Mansion. Would Finn be able to help in this whole situation? Here is how things went down.

In this episode of The Bold and the Beautiful, we saw Ridge wonder if the Child Protective Services were here with a warrant. They did not have a warrant; they were only here to check on Douglas and ensure he was okay. They introduced themselves to him and asked him questions. Douglas was c onfused but responded to their questions happily. Moreover, he mentioned he felt loved and safe living in the mansion with his father.

Douglas was asked to leave the room. The CPS officers explained they had to act upon all calls, and they had received one about a knife incident. Thomas showed them his pocket knife and told them it was disgusting that anyone would accuse him of being dangerous for his son. Ridge spoke for Thomas and explained he was a great father. The CPS officers thanked them and left.

The Bold And The Beautiful: Liam Wants To Escalate Things

Later, Ridge decided to ensure this did not reflect on Thomas’ permanent record. He warned that whoever meddled with his family was making a huge mistake. Meanwhile, Brooke argued that Douglas was impressionable and young. She was worried after the knife incident and found it rude that Liam kept dismissing her concerns.

Liam said it was time to escalate things because there was no way of knowing if Douglas was safe. Hope was defensive because she had been closely watching how Thomas was dealing with Douglas. Brooke insisted things could be shaky with Thomas and his unhinged behavior. Ridge remembered Brooke had threatened to call the CPS on Thomas.

Of course, Ridge was furious and called Brooke to show how upset he was about the CPS fiasco. Moreover, it was not just Thomas and the family; the CPS also questioned Douglas. Eventually, Ridge asked Brooke if she was the one who called the police. Brooke scoffed in absolute disbelief and denied all accusations.

Meanwhile, at Forrester Creations, Steffy spoke to Paris and Zende about work. Finn arrived and saw everyone was in a bad mood. Steffy admitted Brooke had created another ruckus and claimed Douglas was not safe with Thomas. Finn suggested it was time to make the office an off-limits space for everyone when Charlie joked about making the place a Brooke-free zone. The Bold and the Beautiful airs weekdays on CBS. Stay tuned with TV Season & Spoilers for the latest news and updates.