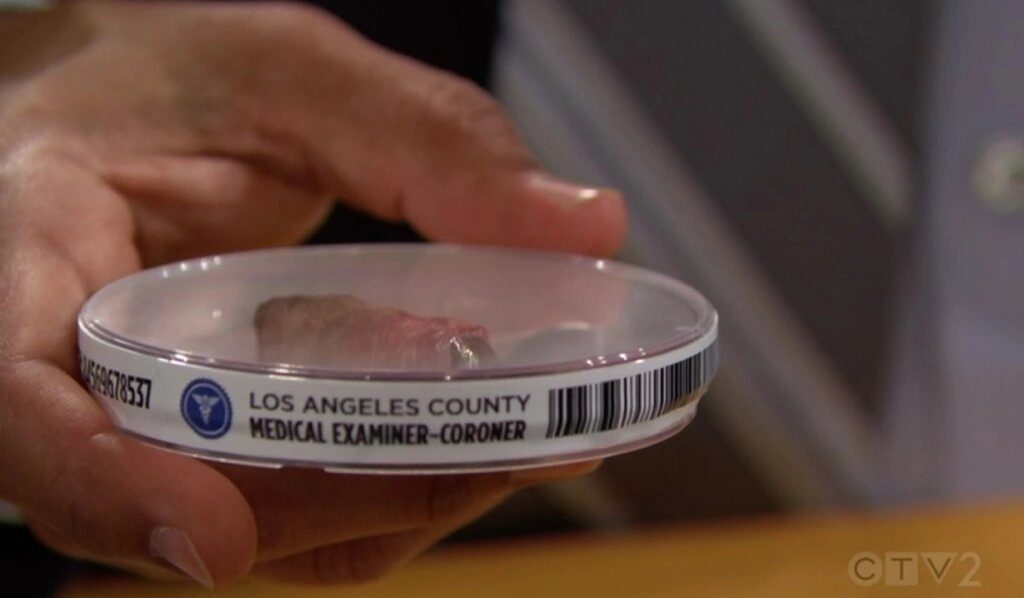 The Bold And The Beautiful Spoilers For The Next Two Weeks (December 5-16, 2022): Finn’s Sheila Theory, Ridge Fires Thomas

The Bold And The Beautiful spoilers for the week of December 5 to December 16, 2022, tease that Finn will receive Sheila’s remains. However, Finn will notice something in the toe and will grow concerned. Once Finn is convinced, he will inform his family members about Sheila and his theory. In the meantime, Thomas and Brooke will continue to argue.

During the week of December 12-16, 2022, Finn will finally start the search mission for Sheila. Elsewhere, Eric will be concerned about his son and will try to show him the right path. Who will Ridge choose in the end? Keep reading to know what is brewing in B&B in these coming weeks.

The Bold And The Beautiful Spoilers For The Week Of December 5-9, 2022: Dollar Bill is Back!

First, Bill will be so done with his current situation. Now that both the Logan sisters have rejected him, he will choose the wrong path. The Bold And The Beautiful spoilers tease Bill will again start wearing the sword necklace and decide to reemerge as “Dollar Bill”. Of course, Liam will grow concerned for his father. There will be a heated argument between Bill and Liam, who won’t want to see his father choose the wrong path.

However, Bill has already been exposed in front of Katie, and Brooke has already rejected him. So, it will be pretty humiliating for him to see things go out of his hands. B&B spoilers says that fans will be able to see Bill display his evil side soon and start plotting against everyone. Speaking of Katie, she will have a question for Carter. Looks like Katie will be the one to make the first move and ask Carter on a date. Will Carter agree to it? We will know soon.

Over with Brooke and Thomas, they will continue to bicker over the CPS framing. Brooke will blame Thomas for everything, but he will simply ignore her. Fans know that it is Thomas’ scheming that broke Ridge and Brooke’s marriage and is now creating chaos. Thomas won’t show any signs of guilt and will keep on blaming Brooke. As for Ridge, he will decide to throw Thomas out of the company. He will also try to patch things up with Hope, but she won’t want Douglas with him anymore. Now that Thomas’ boat is sinking, it will be interesting to see how he moves further with his plan.

Further on The Bold And The Beautiful, Alex will come to give Sheila’s remains to Finn. However, Finn won’t be satisfied and will try to have a closer look at the toe. The spoilers reveal that Finn will notice that the way the finger is severed, it doesn’t look like a bear mauled it. Later, Finn will be convinced and will come with a theory along with Steffy that Sheila might be alive. Once he is convinced, he will inform the rest of the family members, Carter, Brooke, Liam, Eric, and Hope.

In the meantime, Deacon will have a huge argument with Sheila now that she is crossing the lines. Looks like Deacon’s warning wasn’t enough to scare the she-devil. Things will take a turn for the worse when Steffy and Finn will come knocking at the door. They will want Deacon’s help on getting Sheila’s whereabout. Fans know that the same man is not only harboring the fugitive but is also sleeping around with her. However, Steffy and Finn will share their theory with Deacon and will try to seek his help in setting a trap for Sheila. Deacon will pretend that he has no clue whatsoever and will agree to help them out whenever he gets some intel.

The Bold And The Beautiful Spoilers For The Week Of December 12-16, 2022: Eric’s Advice, Sheila’s Search Mission

Next week, Eric will try to give some quality advice to Ridge now that he is again standing at a position of making a choice. Now that he knows what all happened, Eric will push him to believe that he and Brooke are meant to be with each other. He will try to show Ridge the right path, a path where his heart belongs. The Bold And The Beautiful spoilers tease Ridge will have to choose between Taylor and Brooke

again. Even though fans know that he will eventually go back to Brooke, we have to see now whether Brooke is willing to take his back in her life.

Finally, Finn and Steffy will also start their search for the she-devil. Given how things have been, Finn will know that he needs to find his maniac mother before she does something unexpectable. Detective Alex will also believe Finn and Steffy’s theory. So, we will have to wait until they get further clues on Sheila’s survival. Stay tuned and watch The Bold And The Beautiful, it airs every weekdays on CBS. For more updates and spoilers, visit our website, TV Season & Spoilers.