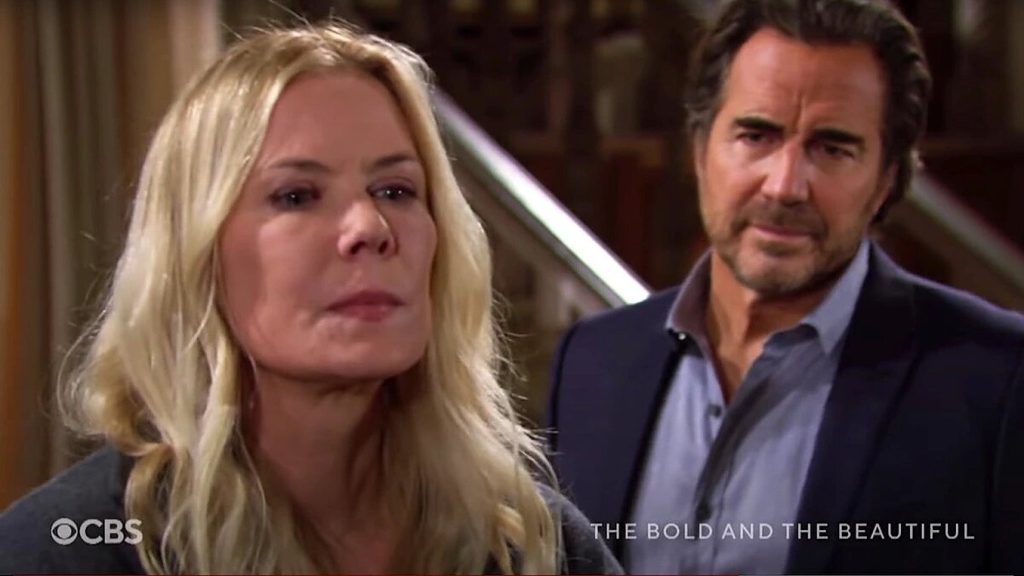 The Bold And The Beautiful Spoilers For The Next Two Weeks (November 21-December 2, 2022): Thomas Is EXPOSED, Ridge BEGS For Forgiveness From Brooke

The Bold and The Beautiful spoilers for the next two weeks from November 21-December 2, 2022, tease that Stefan will return to the town and will be with his daughters. This will be a reunion that he and his daughters needed. So, they will enjoy it. As for Brooke, Bill will again try to convince her to get back with him. However, Carter will listen to it and will get furious, as Bill will also mention Katie. So, Carter and Bill will soon have a face-off.

During the week of November 28-December 2, 2022, Steffy will make a major move during Taylor and Ridge’s marriage. One that will lead to Ridge running back to Brooke. He would apologize for what he has done. Once Thomas is exposed, he’ll get major backlash from his family. Keep reading to know what is brewing in B&B in the coming two weeks.

The Bold And The Beautiful Spoilers For The Week Of November 21-25, 2022: Carter Overhears Bill’s Plea

First, Bill will try to convince a devastated Brooke to get back with him. Fans know that Bill has had a forever crush on Brooke. So, now that Brooke is finally single, will he leave that chance? That’s an obvious no! However, when Bill will be pleading with Brooke, Carter will end up overhearing everything.

Looks like Bill will mention the love he had for Katie and will try to belittle her. So, Carter will grow furious, and that will lead to Carter ripping into Bill and confronting him for what he has said. Since Katie will also be present there, she’ll be immensely touched by Carter’s protective behavior. Nevertheless, Brooke will remain heartbroken about how her marriage took a turn for the worse in such a short span of time.

Later, Stefan Logan will also return to the town on Thanksgiving with his girlfriend, Lucy. The show has cast Duffy’s real-life love, Linda Purl, as his girlfriend in the soap. So, Brooke, Donna, and Katie will get a chance to meet her as well. Once the father is back, he will learn about Brooke’s state and will give her full support and comfort.

Further, Steffy will discover Thomas’ scheming in the week of November 21-25, 2022. Chances are there that Douglas might have spilled the beans. But whatever it is, Steffy will certainly know what her brother has done to reunite their parents, and she will lash out. Steffy will lash out at Thomas for being selfish and will wonder what made him do that.

As for Steffy, even though she wanted her parents to reunite, she wanted it to be a process of pure love. However, this revelation will just prove that Taylor was never Ridge’s choice. It was the situation that led Ridge to choose Taylor, and it was not because of his love for her. Steffy will surely feel bad for Taylor, who will be walking down the aisle. So she won’t know what to do.

Fans might remember the time when Taylor shared her ordeal with Steffy, she said that she would never want to be Ridge’s backup plan but his only woman. So, Steffy will be in trouble. The show will be preempted on November 24 and 25, 2022. New episodes will be released on November 28, 2022.

The Bold And The Beautiful Spoilers For The Week of November 28-December 2, 2022: Steffy’s Daring Decision, Ridge Goes Back To Brooke

Further, on The Bold And The Beautiful, Steffy will make a daring decision once Thomas is exposed. The spoilers suggest that she will compare the life Taylor will have after marriage. Since Steffy knows that Taylor is still a backup plan, she would never want her mother to be like that to someone. Looks like Steffy will expose her own brother in front of the whole family. Once she does that, Ridge will understand that Brooke was not wrong.

During the week of November 28-December 2, 2022, Ridge will run back to Brooke in the wedding aftermath. He will explain everything to Brooke and will also apologize to her. The real question is: Will Brooke be willing to forgive Ridge? After everything he has done, Brooke should not forgive him and must know that she deserves better. As for Thomas, he will receive a lot of backlash from his family. So, it will be a tough time for him as well.

Finally, Sheila and Deacon will also have a face-off session. They will argue about which side to take, whether to be with Brooke or to support Taylor. Even though Sheila hates both of them, she hates Brooke more. So, she will support Taylor in all this chaos. However, Deacon likes Brooke, so he will immediately jump into rescue Brooke. This will piss off Brooke even more. Stay tuned as The Bold And The Beautiful airs every weekday on CBS. For more updates and spoilers, visit our website, TV Season & Spoilers.