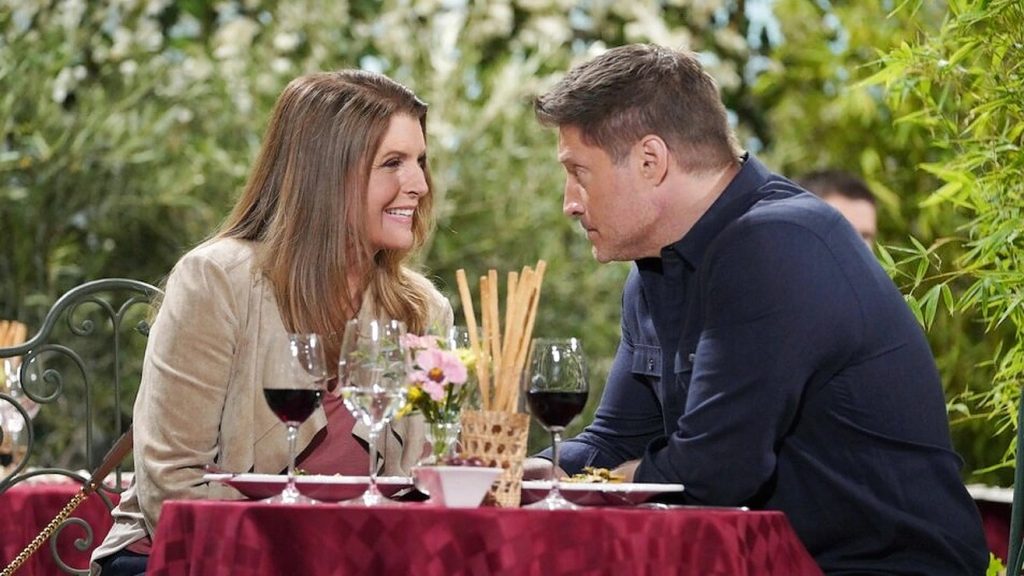 The Bold And The Beautiful Spoilers For The Week Of November 7-11, 2022: Deacon’s Romantic Surprise, Bill’s Wicked Plan

The Bold And The Beautiful Spoilers for the week of November 7-11, 2022, tease that Bill will have an offer for Brooke. One that involves taking Thomas down and exposing his evil side. What will Bill suggest? On the other side of the town, Deacon will have a romantic surprise for Sheila. Has Deacon started having feelings for Sheila? Keep reading to know what is brewing in B&B next week.

Brooke will remain unsettled with her thoughts about Hope and Thomas. Earlier, she saw how Hope and Thomas were talking to each other. Even though she asked her daughter to keep her guard up, she still doubts Hope would have done that. The Bold And The Beautiful spoilers tease that Bill will decide to help Brooke through her ordeal.

As for Bill, he also is concerned since his son has been facing problems past a few months now. So, he will approach Brooke with an offer. That may involve keeping an eye on Thomas or even planning to trap him. Whatever it is, Bill will have a plan in mind and ask if Brooke is willing to team up with him. of course, Brooke has already lost Ridge, and now she won’t want her daughter to fall under Forrester’s trap. So, she will be willing to do anything if that guarantees her daughter to be with Liam.

Speaking of Liam, he will also be very disturbed by the current situation. However, Hope will be thrilled now that the fashion show was a grand success. Hope and Thomas got a huge number of bulk orders which will increase the company’s profit manyfolds. As for Liam, he will worry that Thomas will now make use of this success to gush about his and Hope’s partnership. He will try to pull all possible strings to make Hope come closer to him. Will Liam join Brooke and Bill in their plan to trap Thomas? It won’t be a surprise if he does that.

Across the town, Deacon, who just got rejected by Brooke, will try his luck with Sheila. Looks like Deacon has been feeling a bit of a spark with Sheila also. So, he will try to make a special gesture for her. The Bold And The Beautiful spoilers tease that Deacon will plan to have a romantic dinner date with Sheila. Even though he knows that he is playing with fire, now he already has invited problems upon himself, so backing off would make no sense.

Chances are there that Deacon might plan to decorate his own house or may also take her to II Giardino. Even though taking her out would be riskier, Deacon knows that Sheila is tired of living Inside the four walls. Whatever it is, Deacon will try to impress Sheila and will hope that she might like it. Well, why not? Fans know Sheila also has feelings for Deacon, so she may definitely like it. Stay tuned and watch The Bold And The Beautiful, it airs every weekday on CBS. For more updates and spoilers, visit our website, TV Season & Spoilers.