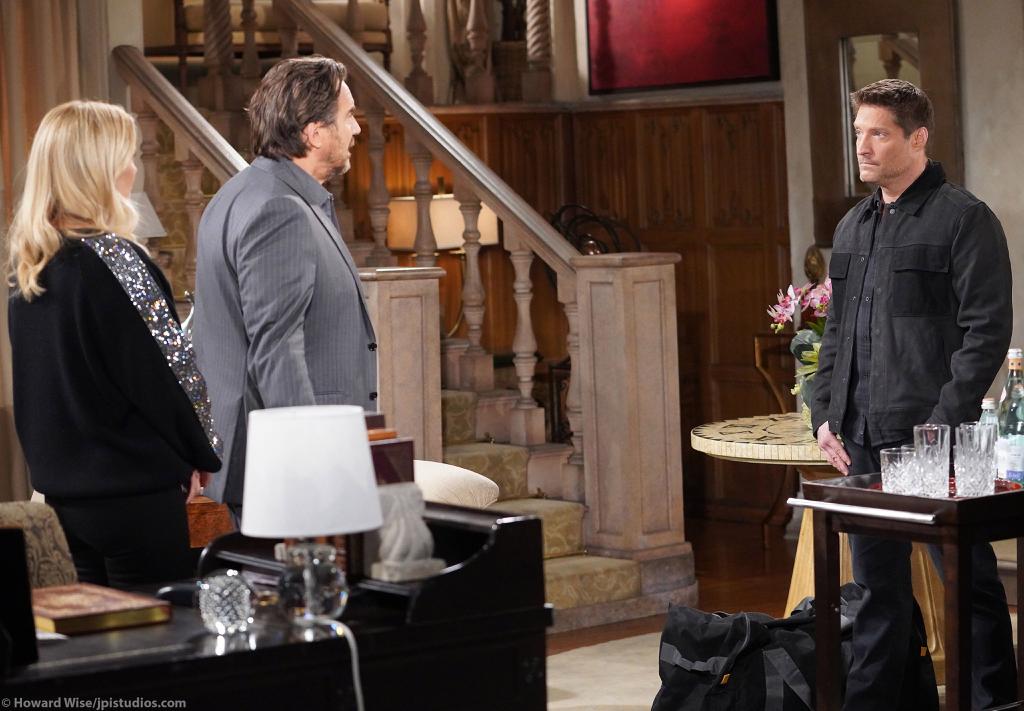 The Bold And The Beautiful Spoilers For Tuesday, February 1, 2022: Ridge Is Looking For Answers, Grace Confronts Carter

The Bold And The Beautiful spoilers of February 1, 2022, suggest that Ridge and Deacon will have a heated conversation. There Ridge will suspect that Deacon is hiding something from him. So, Ridge is looking forward to answers.

Meanwhile, Steffy has plans that might escalate the chaos in Brooke and Ridge’s life. But she won’t be alone in this mission. More spoilers suggest that Grace will threaten Carter to leave her daughter alone. Will he? Let’s see!

Ridge Is Looking For Answers

The Bold And The Beautiful audience is already aware that Ridge and Deacon had a heated conversation at Deacon’s workplace. So, when Ridge ranted on Deacon to stay away from his wife, Deacon will offer a piece of clue. Deacon asks Ridge if he is sure that Brooke doesn’t want anything from him? That leaves Ridge thinking if Deacon is hiding something. As for Ridge, he feels that it is impossible that Brooke would want anything to do with her ex, Deacon.

But he will be worried about his wife as he will think that either Deacon might have done something to her or might plan to do. Deacon’s comment will further put Ridge on the verge of breaking. But Deacon promised Hope that he would never spill out what happened on New Year’s Eve. While he will badly want to throw the truth on Ridge’s face, he won’t tell him anything. Ridge will continue being in the dark at least for the next episode.

The Bold And The Beautiful Spoilers: Steffy Has Plans

While Ridge deals with Deacon, Steffy has something scandalous to tell her father. But before that, she tells Thomas Forrester

that they need to expose Brooke. She will want to save her father from this devastating marriage. Further, Steffy is completely convinced that if she reveals Brooke’s secret in front of her dad, then it will eventually break their bond. Steffy also feels that this way Ridge and Taylor could come together.

On the other edge of the city, Grace Buckingham will threaten Carter Walton. She will let him know that she has seen him kissing Paris Buckingham, and she’s not happy about it. As per The Bold And The Beautiful spoilers Grace will clearly tell Carter to back off. She will also blackmail him that if he doesn’t then, she will tell everything to Zende and the Forresters about what he’s doing to Paris.

After listening to the threat, Carter will realize that he shouldn’t mess with Grace. But Carter will still feel the attraction for Paris, and it would be hard for him to stay away from Paris. The Bold And The Beautiful spoilers tease Carter will face more challenges in the upcoming episode. The Bold And The Beautiful airs all weekdays only on CBS. Stay tuned with TV Season & Spoilers to know what your favorite characters are up to.