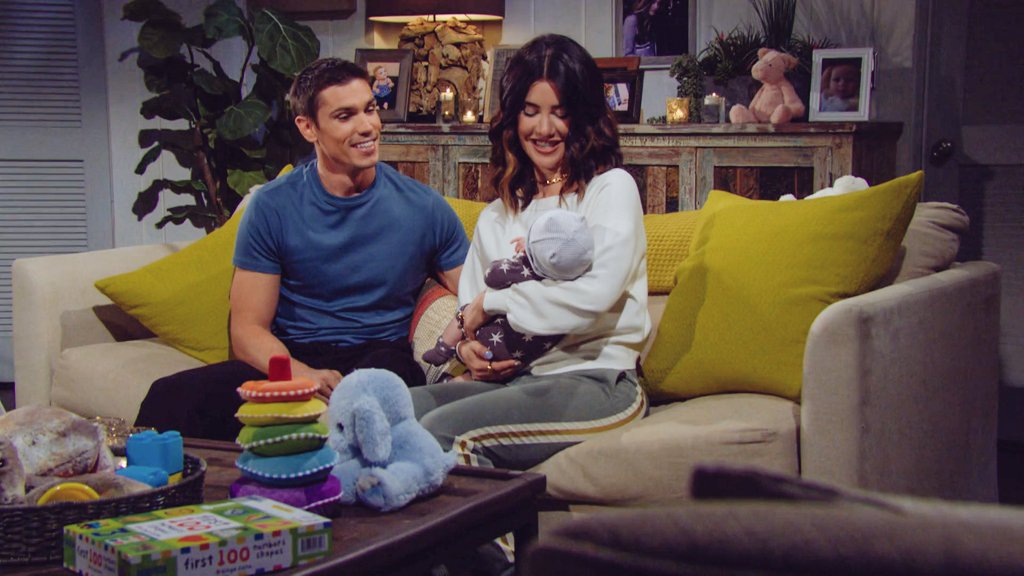 The Bold And The Beautiful: Steffy Reunites With Baby Hayes, Reminds Her Of Finn?

The Bold And The Beautiful latest spoilers suggest that Steffy will meet her son, Hayes, and that will bring some emotional moments. Viewers know that Steffy has returned from the hospital with some bittersweet memories. We might see Steffy going through a hard time accepting the new normal. But her family will be there for her. What will happen next? Keep reading to find out.

For starters, The Bold And The Beautiful viewers know that Steffy has amnesia and has forgotten about a lot of things. We know that Steffy doesn’t remember a thing about double shooting or Finn. In a recent episode of the CBS soap, Taylor suggested that Steffy could not cope with Finn’s loss, and her mind has pushed all memories related to Finn into a corner.

During the last week, Steffy called Liam, her husband, which means she has memories of the time when she was married to Liam. However, Liam didn’t play along with Steffy; instead, he told Steffy the truth about Finn and Hayes. Regular viewers know that Hope is worried, so Liam takes her advice and tells her the truth. All of this will make Steffy worried and concerned.

The Bold And The Beautiful: Steffy’s Family Is There; Reunites With Hayes

Furthermore, Liam tells Steffy that her husband Finn is dead, and she has a second child with him named Hayes Forrester

. Steffy will obviously go through a hard time accepting all this, but her family will be there to help her. Taylor, Ridge, Thomas, and even Liam will stand beside Steffy at every step to help her get better.

B&b spoilers suggest that when Steffy will try to be calm, Ridge and Taylor will bring Steffy’s son to her for a reunion with her mom. Hayes will sleep on Steffy’s lap, which will definitely bring emotional moments to the show. Holding Hayes will help Steffy in ways that no one could imagine.

There is speculation that looking at Hayes might help Steffy in remembering things about Finn. It looks like Steffy will struggle

with the reality as of now, but she will start recalling things soon.

Things are becoming very emotional and dramatic on the CBS soap. It looks like some hospital drama is also on its way. We will know soon. Until then, Stay tuned. TV Season & Spoilers are your one-stop for all the soap opera news. The Bold And The Beautiful airs on CBS all weekdays.