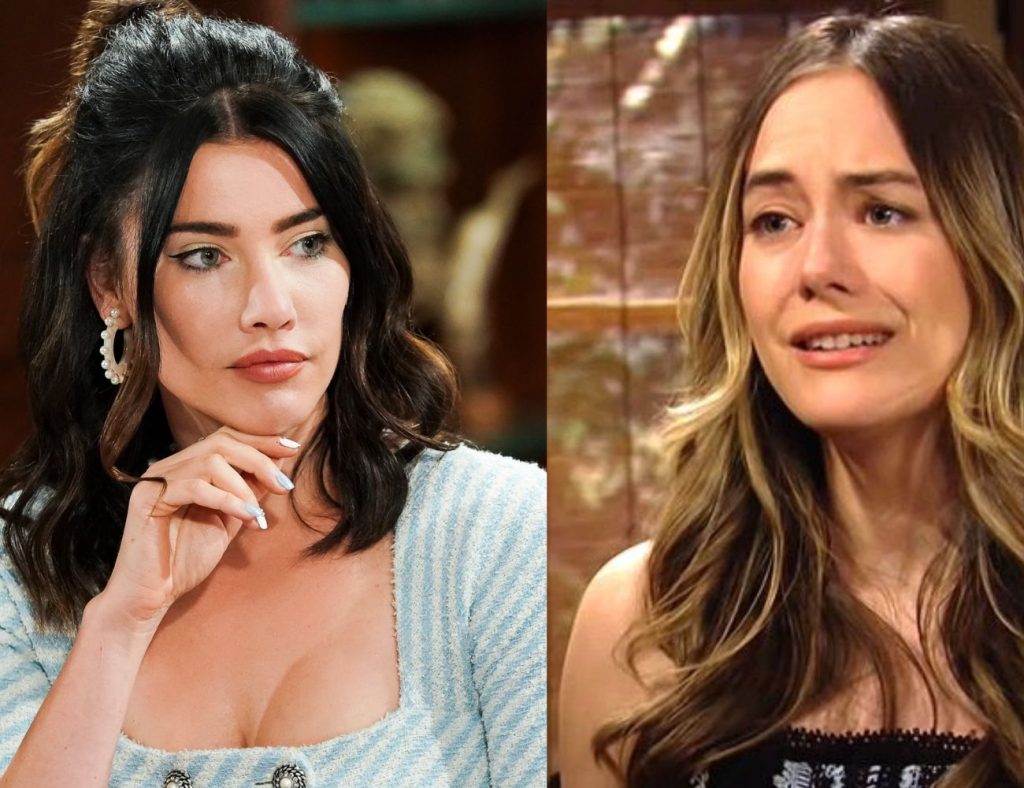 The Bold And The Beautiful: Steffy’s Way Of Teaching Hope A Lesson, TELLS Hope The CPS Truth

The current aftermath of The Bold and The Beautiful is a perfect example of no wrong ever going unnoticed! Thomas had been cooking up malicious plots for a while now, and he is now exposed. It’s only a matter of time while the Forrester’s take a decision on him. They are sure to come cracking down in the bad boy of the Forrester family. However, it seems there are few other characters who will suffer collateral damage in the aftermath of Thomas’s expose. While, Steffy has done the upstanding thing of bringing to light Thomas’s wrongdoing. She may later use the truth for her own personal agenda toward HOPE! Are you wondering how? Keep reading to find out!

Steffy Finds Out Thomas’s Big Secret, Reveals It To The Family

Thomas had been riding high on his supposed victories on The Bold and The Beautiful. So much so that the Forrester baddie had become cocky enough to think he was invincible. Unfortunately for him, he was brought crashing down by the ripple effects caused by his own son. Douglas found out about how Thomas misused the voice-changing app to frame Brooke for the call. He confided the truth in his aunt Steffy. Who then took matters into her own hands. As much as she wanted the Ridge-Taylor wedding to happen, she realizes the foundation that it’s about to happen on is just plain wrong.

Answering the call of her conscious, Steffy does the right thing on The Beautiful. She waits with her breath caught in her throat, hoping against hope that Thomas will own up to what he did. Hence, stopping the wedding from moving forward. However, spoilers suggest, Thomas does no such thing, and eventually, Steffy tells Ridge the truth in the nick of time. The truth will hit Ridge like a rock. There is no way Ridge will forgive Thomas’s betrayal. Thus, it’s safe to assume that Thomas is about to come crashing down to ground zero. So much for flying high on his deceptions!

The Bold And The Beautiful: Steffy Tells The Truth To Hope, Gets A Twisted Revenge

However, there is one person who is not at the wedding on The Bold and The Beautiful when the big revelation happens. And, will need to tell the truth upon return. Yes, it is Hope Logan! While we saw the upstanding side of Steffy when she did the right thing by exposing her brother Thomas for all he did. There also is the not-so-upstanding side of Steffy that we have witnessed far too many times. We will get to see it resurface when Hope returns. Steffy will surely get a kick out of telling Hope what Thomas did to Brooke. The truth will break Hope’s heart. She had finally started to warm up to Thomas and started to see him as a good father to Douglas.

However, that will all change once Steffy tells her the truth about The Bold and The Beautiful. Any closeness that was building between Hope and Thomas will burn out. Especially when Hope finds out that Thomas was pressuring Douglas into keeping quiet and becoming an accomplice in Thomas’s malice. Hope will never forgive Thomas for it. In fact, she may even refuse to work with him on her line at Forrester Creations. Now, that is something Steffy would love to watch happen! Isn’t it? Her disdain for Hope’s success and teaming up with Thomas was more than just evident during the fashion show. She will definitely enjoy all of that falling apart! The Bold and The Beautiful is up for an absolutely thrilling ride in the upcoming episodes. So don’t forget to tune in to CBS over weekdays to watch what happens next on your favorite soap!