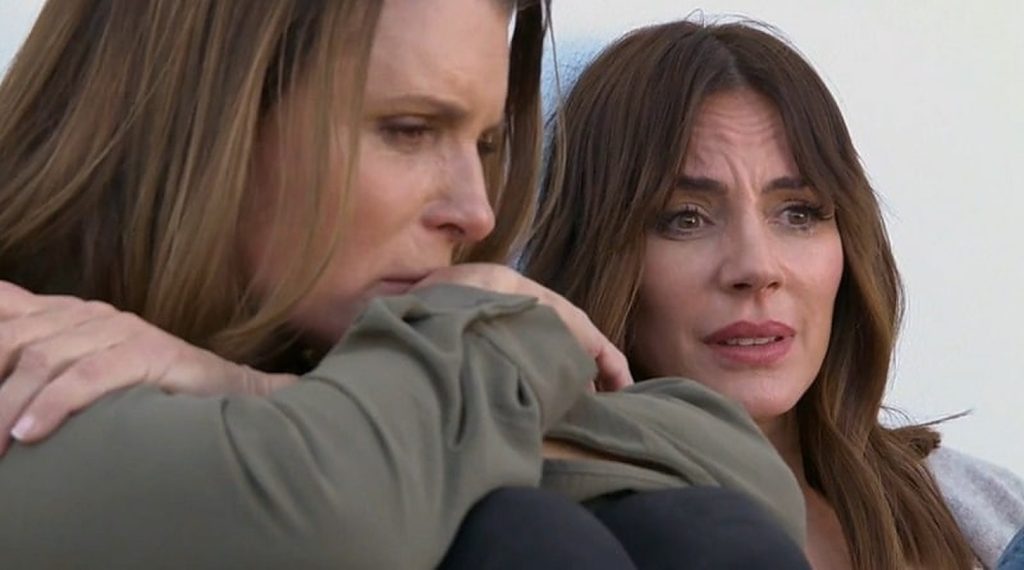 B&B/Taylor (Krista Allen) and Sheila (Kimberlin Brown) both end up in jail?
News

The Bold And The Beautiful: Taylor Comes Out With The Crime, Gets Sheila BEHIND THE BARS

The Bold And The Beautiful spoilers tease that Taylor might end up in jail. However, she will make sure that Sheila becomes her cellmate. Taylor will put herself under the bus to save her daughter and family. She will gather important evidence and might hand it over to the cops. Let’s discuss what might happen further in the story.

First, Steffy will know that Sheila is released and is now out in the open despite the heinous crimes she has committed. The Bold And The Beautiful spoilers say Taylor won’t agree with Steffy’s plan of keeping mum. She will want to surrender to the cops if that’s what will make Sheila end up in prison. Since Steffy won’t let her do that, Taylor may decide to take things into her hand. In recent spoilers, there was a mention of Taylor confronting Sheila.

Looks like Taylor will confront Sheila and explode at her for plotting another evil plan. She will remind Sheila that the way she is taking will only lead her on the wrong path. Given the horror Steffy and the family faced earlier, Taylor will just want Sheila to vanish from the town. However, she will remind her that she was the one who helped her stay years back.

This subtle reminder may make Taylor feel more confident that she has to do something to repay for the mistake she committed by letting the devil stay. This is when Taylor might come up with a plan. What will Taylor do? Will Taylor’s move trigger Bill to take action against her and put her behind bars just like he threatened? Let’s discuss what might happen.

The Bold And The Beautiful Spoilers: Taylor Records Sheila’s Confession, Both Land In Jail

It is confirmed that Taylor will confront Sheila and explode at her. The Bold And The Beautiful spoilers are already informed us about it. Now here is the twist – Taylor might do the exact opposite of what she promised to Steffy! She may decide to put Sheila behind bars even if that takes her freedom away and becomes her cellmate.

Looks like Taylor may manipulate Sheila and pry a confession out of her of the crimes she committed. Instead of just listening to it herself, she may record the confession and threaten Sheila with that. Taylor might use that as evidence and give a strong testimony in the court against the she-devil. Of course, there is much more evidence against that crazy mother, so everything might combine and reveal how monstrous of a character Sheila is. Once she ends up in prison, Bill will surely not let her go scot-free.

This might be when he acts upon his threatening and show Steffy and Taylor the consequences of messing with ‘Dollar Bill’. He may also expose Taylor’s crime and put her behind bars as well. It will be interesting to see if the storyline takes this twist. However, we have to wait to see what happens further. The Bold And The Beautiful airs every weekday on CBS. For more updates and spoilers, visit our website, TV Season & Spoilers.