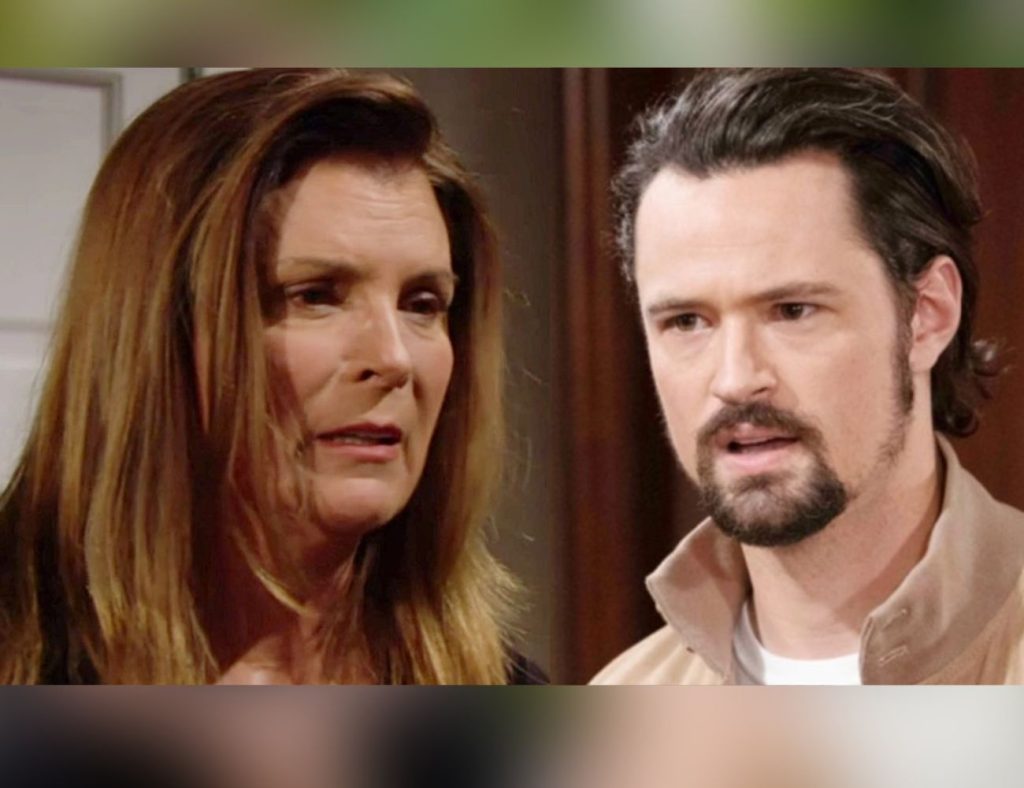 The Bold And The Beautiful: Thomas’ Redemption, SAVES Family From Sheila

Thomas has forever been the black sheep of the Forrester Clan on The Bold and The Beautiful. However, he may have gone way overboard this time round. Earning the ire of pretty much everyone he knows. But now that Sheila is out in the open, an opportunity for redemption may just be presenting itself to Thomas. Will Thomas do the right thing this time around? Will he stand between his family and Sheila to save the day on the CBS soap? Keep reading to find out what to expect in the upcoming episodes of The Bold and The Beautiful.

Thomas Is Number One One EveryBody’s Hate List Right Now

Thomas always lets his obsessions get the best of him on The Bold and The Beautiful. Once he sets his mind onto something, he completely loses sight of right from wrong and what collateral damage he might be causing in his agendas. The same happened recently in his quest to unite Ridge and Taylor

. He needed to get Brooke out of Ridge’s life, and he chose the worst possible manipulation for it. He called Child Protective Services on himself and framed Brooke for it, using a voice-changing app. This lead to Ridge feeling betrayed by Brooke and leaving her for Taylor.

However, Douglas found out the truth in The Bold and The Beautiful. Thomas pressured Douglas to stay quiet and tried to embroil him in his nasty scheme. But the morally stable boy spoke out the truth. Thus, exposing his father to everyone. The aftermath has completely blown the Forrester family to bits, and the entire blame is upon Thomas.

Nobody wants him around right now, he has become the literal plague on The Bold and The Beautiful. Taylor is mad at him, Steffy and Eric are disappointed, and Ridge has gone to the extent of not wanting to keep relations with him. Moreover, the worst blow was from Hope. She not only ripped him a new one, but she even took Douglas away from him. At this point, Thomas looks almost irredeemable. However, there is one way things could change for him! Keep reading to find out!

If there is one person who could compete with Thomas for the top spot on the hate list, it’s Sheila Carter. No one except Deacon feels positively for her on The Bold and The Beautiful. And now that the truth about her being alive has come out, madness will ensue! Steffy and Sheila came face to face in the corridor recently, and Steffy was terrified. Now that Sheila has been seen in the flesh her being alive is no more just speculation! It is the hard truth. The police will be crawling every inch on L.A. to try and locate the murderous fugitive.

Under these circumstances, Sheila’s violent traits can come to the front on The Bold and The Beautiful. It is evident that she has been craving to reconnect with her son Finn and grandson Hayes. Feeling that her hopes are about to go up in flames, she can slip into survival mode and do whatever it takes to get away. This may even include taking a hostage for a safe getaway or she may even try to break in to get a last look at Finn and the baby boy.

Sheila’s furious streak can put a lot of Forrester/Logan lives in danger. Giving Thomas a perfect chance to prove that there is still some good in him, He may become the one to stop Sheila from the harm she is about to cause. While it would certainly not undo any of the damage that Thomas has caused, but it would still win him some brownie points for redemption. Do you think Thomas could deserve another chance if he puts an end to Sheila’s reign of terror on The Bold and The Beautiful? Please share your views in the comments. Meanwhile, stay tuned to CBS to find out what happens next in the lives of Sheila and Thomas on B&B.