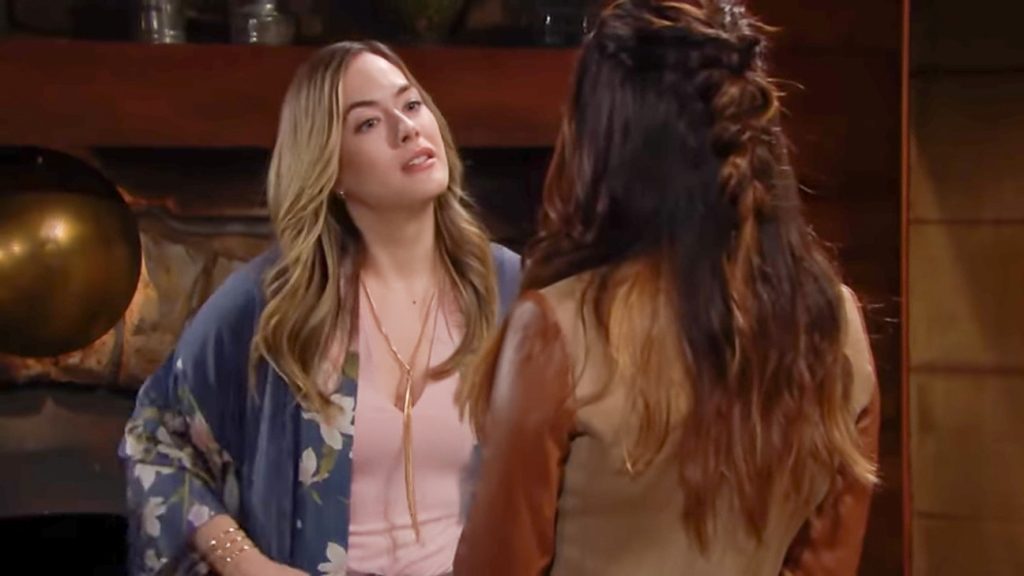 The Bold And The Beautiful weekly spoilers from September 12-16, 2022, tease that Sheila will again sneak into Finn’s house. She will take Hayes into her arms. On the other end, Hope and Steffy will have a face-off. Over with Liam, he will fear that Thomas is manipulating to get back Hope. So, they will also get in a confrontation of sorts. Later, Ridge will mull over his thoughts on both Taylor and Brooke. Keep reading to see what is brewing in B&B next week.

Next week on The Bold And The Beautiful, Liam will confront Thomas. He will call out his motives with Hope. Spoilers say that Liam will accuse Thomas of trying to steal his wife again. He will believe that Thomas is playing his manipulative games to have Hope and Douglas to his side.

To this, Thomas will say that he is only interested in his son, Douglas. Later, At the gym, Thomas will meet lawyer Carter. He will want some suggestions. Of course, this will have something to do with Douglas’ custody. There are hints that Thomas will now take a legal route to get his son’s custody. Later, he will warn Hope to watch her steps as he thinks that Thomas is manipulative. However, Hope will think otherwise. She will tell him that maybe he is wrong this time.

Whatever it is, Hope will later get into a face-off with Steffy. Eventually, the argument will soon lead to the topic of Taylor and Ridge’s closeness. Recently, at the Forrester dinner, Hope noticed Taylor and Ridge getting closer. So, she will push Steffy that she and Taylor are scheming to get Ridge closer to Taylor. To this, Steffy will say that Ridge doesn’t belong to Brooke and he is better off with her. Whatever it is, looks like their bickering is never-ending.

The Bold And The Beautiful Spoilers: Ridge Sandwiched Between Taylor-Brooke

for his love. So, it is high time that he puts a full stop to their bickering. For that, he will need to make a decision and choose a life partner among them.

Later, Bill will pay a visit to Brooke. They both will also reminisce about the time they spent together when they were married. This will result in them hugging each other. In the meantime, Ridge will walk into the room and will misunderstand the whole scenario. Of course, the hugging was a friendly one, but Ridge will think otherwise. Eventually, he will land back at Taylor’s side. This just shows how messed up Ridge’s character is, if he kisses Taylor, that is fine! But when Brooke gives a friendly hug, he will get mad at her.

Sheila Takes Hayes Into Her Arms

Other The Bold And The Beautiful spoilers say that Sheila will again sneak into Finn and Steffy’s beach house. As per the spoilers, this time, Sheila will manage to get inside the house. She will wear her disguise and will get closer to her grandson, Hayes. Looks like Sheila will get the time to hold Hayes in her arms.

Even though Steffy and Finn will be nearby, they won’t notice her. Sheila’s desperation and delusion will surely cost her freedom. Not just hers but also Deacon’s. The real question is: what will Finn and Steffy do when they find a stranger holding their son? Sheila’s game will be over if they call the police. Whatever the case, Sheila is just exceptionally great at causing trouble for people around her. Stay tuned and watch The Bold And The Beautiful, it airs every weekday on CBS. For more information on updates and spoilers, visit our website, TV Season & Spoilers.