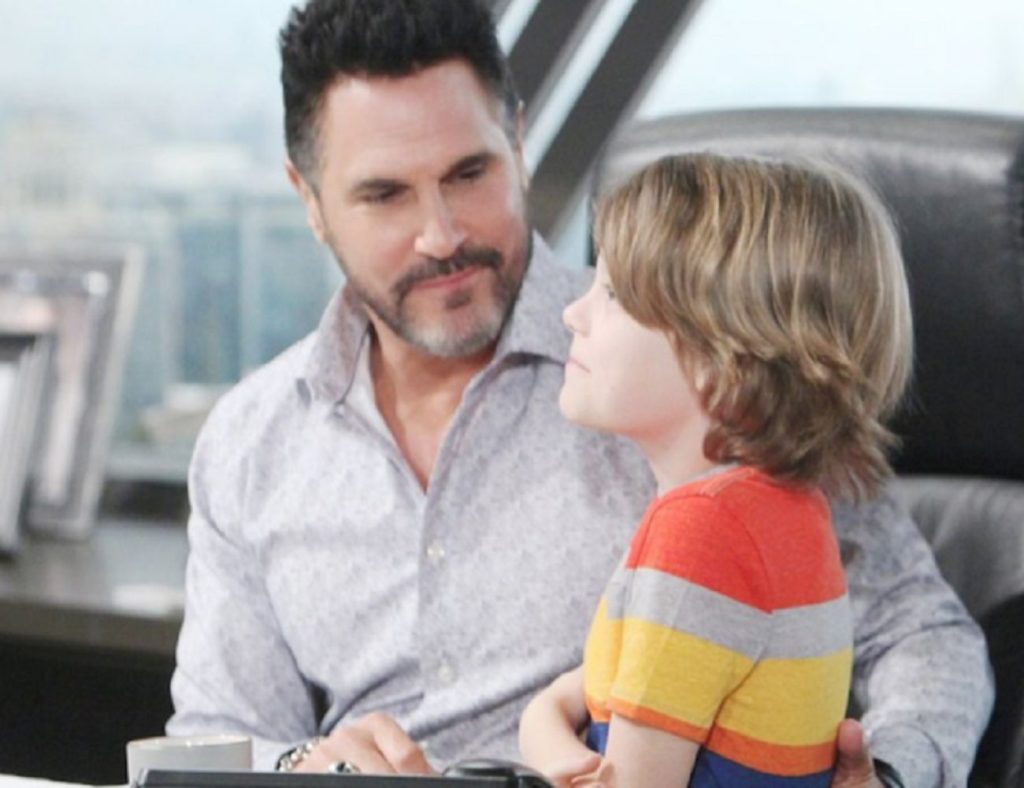 The Bold And The Beautiful: Will RETURNS! BREAKS UP Bill And Sheila?

Netizens are having a field day speculating where Bill is headed with Sheila on The Bold and The Beautiful. The unlikely couple joined forces to bring Sheila out of prison. Currently, Bill and Sheila are well poised to unleash hellfire in Los Angeles with their deathly alliance. No matter how hard anyone tried, they were not able to convince Bill to back off from the seductive siren. However, there is a new player on the board who can completely flip the game. Will Spencer, Bill and Katie’s son. Keep reading to find out what our bat signal just caught!

As we reported earlier, The Bold and The Beautiful showrunner Bradley Bell teased a whole slew of new generation characters entering the CBS soap. Some of those characters will be part of the existing legacy families. While we discussed a couple of them earlier, there is another legacy born who can return to shake things up! It is Bill and Katie’s son, Will Spencer. Long-time viewers know that Will has been studying away from home at a boarding school.

Perhaps, it is now time for him to return home on The Bold and The Beautiful. The last time we saw Will, was in 2018. Child star, Finnegan George, was playing the character back then. However, on his return to the screen now, there is a chance that makers might age him a little and show him as a teenager or a young adult. It is pretty common on soaps that young characters get aged every time they return to the screen for a new storyline. Besides, an older Will would fit the current narrative much better. After all, Bill’s son will return home to find daddy dearest dating a raging psychopath murderer!

Children do not understand the logic, but they understand energy and vibes. This is something Will will pick up on when he returns home on The Bold and The Beautiful. We can expect to see Will express instant disdain for Sheila when he sees her with his father. Another thing that children don’t understand is, holding their tongue. So, we can be sure that Will will let his dislike for Ms. Carter

be known to anyone who will listen, including Bill. Until now, Bill has paid no heed to anyone trying to get him back off Sheila. But that could change quickly if his youngest son puts him in a tricky spot of choosing between him and Sheila.

Will’s return to The Bold and The Beautiful will open up another exciting storyline on the soap. Parent trapping! It is not too far-fetched to think that Will would want to come back to a happy family where he can live with mom and dad together. However, the boy will return to the rude shock of Bill being with Sheila. This may push him to yearn for a reunion between his bio parents all the more. So we can expect him to make some outlandish attempts at bringing Bill and Sheila closer. This will surely infuriate Sheila. Oh! How much fun will it be to see her get outsmarted by a kid? *chuckles*

So, what say you? Are you on board with all that Will Spencer can bring to the table? Please share your views with us in the comments. Meanwhile, stay tuned to CBS over weekdays to find out what happens next on The Bold and The Beautiful.