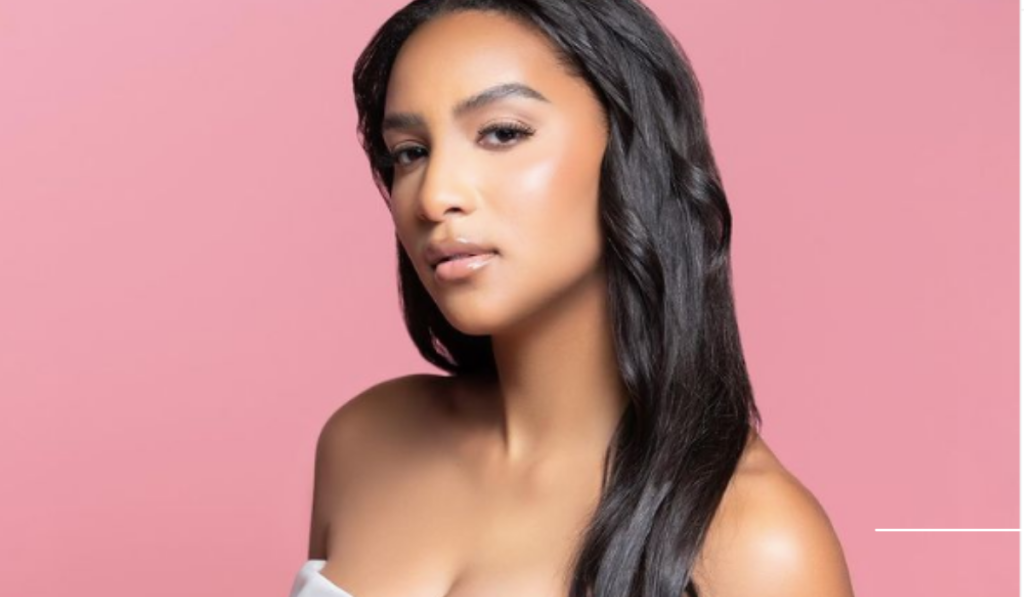 Chantel Everette loves to show off her unique and fun style to her fans. The TLC viewers are in love with what they see. Many have recognized Chantel’s beauty and often appreciate her. And likewise, The Family Chantel star is back on the road to show her curves. Tune in with us to have a view of Chantel’s glamorous look.

The Family Chantel: Chantel Everette Shows Off Her Curves In A White Dress

The main lead’s style is one thing the TLC viewers learned amid the drama on The Family Chantel. Chantel has carried herself elegantly and cheekily through the show. Likewise, her sister, Winter, has learned a lot. And now both the sisters are becoming the hottest celebs on reality TV. Meanwhile, taking to Instagram, Chantel Everette shared a beautiful reel. She was dressed in white bodycon attire and showed off her curves. It was an off-the-shoulder dress and had a high slit up around the thigh area.

The Instagram video first shared Chantel’s overall look and then the pictures from the cameras. The reality star had her hair open and paired the dress with high black heels. Meanwhile, the TLC fans loved Chantel’s new modeling shoot. One even commented that the star carries herself gracefully. Many fans also commented that she looked like a princess. Well, Chantel never fails to surprise her viewers. And her new look has got all the people talking about her.

The Family Chantel: Fans Ask Chantel About Her Relationship With Pedro!

The new season of The Family Chantel has brought many revelations to the fans. Each and everyone is asking the celeb about her relationship with Pedro. Per the reports, the couple doesn’t have good terms, and their marital life is at stake. Similarly, TLC posted a promo clip w here the teaser hinted at a possible separation of the couple. Well, even looking at Chantel’s Instagram profile, she has removed all her husband’s pictures. Apart from this, Chantel has shared that she does not have faith in her husband

and feels he’s spending way too much time with his colleagues.

Likewise, the fans observed that Chantel doesn’t appear wearing her wedding. And it gives major divorce vibes. Though the reality star hasn’t addressed the issue, the fans are adamant that the couple has separated. Well, Pedro and Chantel’s future can only be known when the new episodes feature. Till then, tell us what do you think of the couple? Mention your thoughts in the comments below. And stay tuned to TV Season & Spoilers.