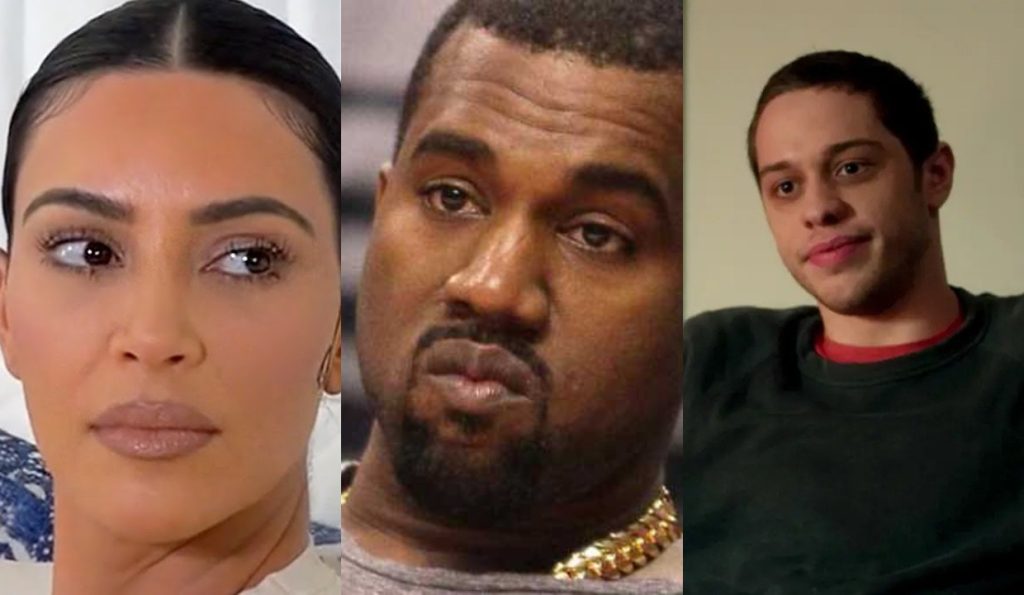 The Kardashians: Kanye West Bullies Pete Davidson, Kim Fights Back Even After Breakup

Kim Kardashian and Pete Davidson were honestly a pairing that no one saw coming. Back in October 2021, The Kardashians star finally confirmed her relationship with the SNL star. However, they hit their breaking point. Hence, it has only been a few days since the couple announced their split. Well, the popular celebrity’s ex-husband, Kanye West, was quick to react to this by posting a very inappropriate photo involving Davidson on his Instagram. Now, rumors suggest that Kim is quite upset with the father of her babies behaving this way. Keep reading to know more details.

The Kardashians: Kim Asked Kanye To Take Insensitive Post About Ex Pete Down, Angry At His Behaviour?

Kim Kardashian and Pete Davidson announced that they were together back in October 2021. Well, they were together for nine months and have broken up now. Despite this, they have a lot of respect and love for each other and decide to remain friends. Well, one person was quite happy at this reveal, and it is none other than Kanye West, Kim’s ex-husband. Well, The Kardashians fans must know that the musicians left no stones unturned while trying to win back Kim after she began dating Pete. Hence, he began to online harass the comedian for dating his ex-wife.

Well, Kanye did it again. Apparently, he took to his Instagram to post a picture of an altered version of The New York Times. In it, the headline read, “Skete Davidson Dead At Age 28

“. It turns out that Kim Kardashian was extremely upset at this, as per E!News. Therefore, she told him to take the post down. As of now, the image has been deleted from his Instagram. In fact, The Kardashians star has made multiple requests to her ex-husband to stop such behavior. Alas, there has been no change in the rapper’s attitude as of yet. Moreover, Kim is already upset over her breakup, so all of it is taking a toll on her.

Since he became a celebrity, Pete Davidson has been very upfront about his struggles with mental health and depression. Hence, it is no secret that he has been struggling a lot during this phase. In fact, sources reveal that the 28-year-old is currently in “trauma therapy”. Apparently, all the attacks by Kanye West have been “triggering him”. Moreover, Kim Kardashian has vowed that she won’t let her ex treat her “loved ones” this way. Hence, she has been upfront about “protecting Pete” despite their split.

On the other hand, even The Kardashians fans are upset over Kanye’s vile behavior. However, they are in awe of Kim for being strong during this phase and doing as much damage control as she can. As for Pete, the star wants to focus on his “career” since his split. Moreover, he was recently in Australia, wrapping up his new film, Wizards. In fact, speculations suggest that the distancing also caused troubles between him and Kim, and they parted ways. Keep track of all the latest The Kardashians news only by checking TV Season & Spoilers.