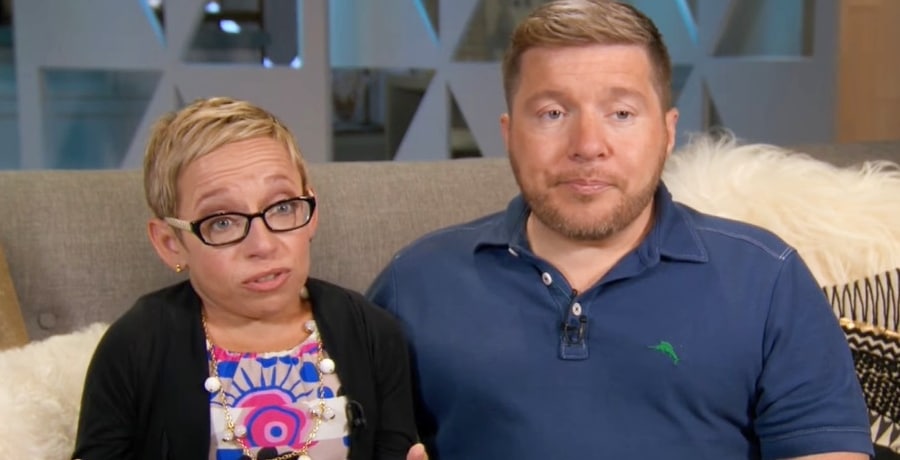 Throughout the year, noted reality TV show couple Jen Arnold and Bill Klien have won hearts. Apparently, viewers deeply connect to their show, The Little Couple. Hence, they have followed their journeys for a long time. In fact, the couple keeps embracing new changes as they move ahead with their lives. It turns out they are ready to move to another city and sell their lavish Florida mansion for the same reason! So, are they facing any financial issues? Where is the couple headed? Keep reading further to get the latest tea about the duo.

Jen and Bill’s aspirations and big dreams have kept the audience hooked on their interesting lives on their reality show, The Little Couple. As a result, they made another life-changing decision! Looks like both of them are ready to start afresh in a new city, i.e., Boston. Fans initially wondered if it was due to a financial crisis. However, it doesn’t seem to be the case. As a result, they are leaving behind their Florida mansion worth $4 Million

. It turns out the twosome made this hefty purchase in 2017 for $2.1 Million, as per Realtor. Hence, they have now made a profit worth nearly $2 million after the sale.

Moreover, their former home is located in St. Petersberg, Florida. Apart from this, the place is spread in an area of 5,441 square feet. Furthermore, it also contains six bedrooms and also 4.5 bathrooms. Not only this, the entire mansion has three stories with an elevator. In fact, the esteemed property also boasts of a bedroom suite along with a breakfast kitchen within it. Additionally, the popular couple’s crib also had a formal dining space as a room and an office.

Moreover, the view from the said mansion was exquisite too. That’s because it is located on the waterfront with wood accents, wrought-iron railings, and flooring with ceramic tiles. Apparently, the garage takes up most of the ground floor spacing. Despite this, the property’s exterior is quite commendable, too, with a heated saltwater pool, an outside fire pit, and a spa. Last but not least, the house is near a golf course with a sea wall protection from water.

The Little Couple: Jen Lands A New Job In Boston!

The reason why Jen and Bill are bidding farewell to Florida is pretty exciting too. It seems like the former got herself a new job in Boston. The viewers of their beloved show must know by now that The Little Couple star is a “neonatologist”. Hence, her job requires her to work from the Children’s hospitals. In fact, the TV start gave a hint about this big change from her social media handle. On her Instagram, she posted a picture of a diary saying, “make things happen”.

Then, followers noticed that below the diary was a paper containing the name of “Boston Children’s Hospital” and “Harvard Medical School Teaching Hospital”. Later on, they finally concluded Jen now has a job there as her hashtag contained phrases like “new year” and “change is good”. Long story short, their well-wishers bombarded the comments section with congratulatory wishes and compliments for the cast member. Stay up to date with TV Season & Spoilers for more such The Little Couple updates.