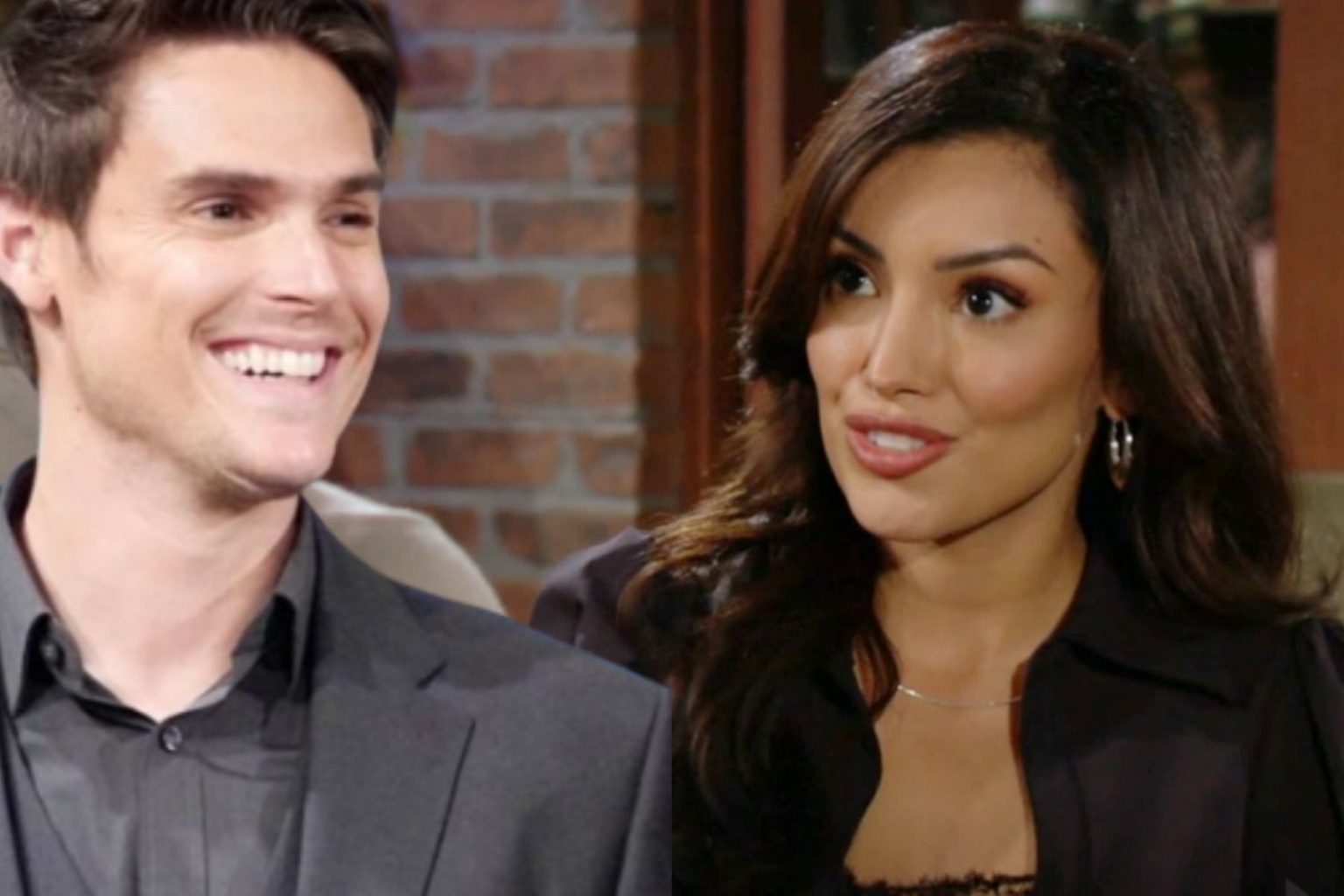 The Young And The Restless: Adam And Audra Get Romantically involved! NEW PAIRING ON GC

The Young And The Restless spoilers tease that a new pairing might be coming up, given how the situation is in Genoa City. Adam and Audra might come close to each other romantically. Is this couple really going to be in a relationship, or do they have some ulterior motives? If that’s the case, how will the storyline put these two together on the canvas? Let’s discuss this.

Adam and Audra’s Past Love Life

Just a few days back, we got to know that Audra is Noah’s ex-girlfriend from London. The Young And The Restless already showed how destressed Noah was when he mentioned his ex-girlfriend. According to Noah, his former flame had a very unpredictable character. He wouldn’t know what and when she might get pissed off. So, Noah always felt like he is walking on eggshells. Since he is talking about Audra, we also got a sneak peek at her life before coming to Genoa City. Apart from this, Audra is also suspected of working for Tucker. Looks like Noah’s description of how clever she is matches with whom she is going to team up.

To speak of Adam, in order to save Sally’s CEO position, he had to break up with her. Even though he has feelings for her, he had to do it. Poor Adam thought that he would be able to make up with her later, but Sally was quick enough to move on with his brother, Nick. Recently, Adam came to know about Nick and Sally sleeping together. Of course, he was devastated. Even if he had an ounce of hope to get back together with Sally, it went to the drain.

The Young And The Restless spoilers tease that Adam will lose his cool once Sally and Nick get even closer. Well, fans might remember that Nick planned to give a special surprise to Sally to make her understand his feelings. So, it is given that these two are to come closer sooner or later. What will Adam do then? It won’t be a surprise for him to try to spark little jealousy in Sally. For that, he will need someone. Who could it be? Let’s discuss the possibility of this scenario if the storyline takes a similar turn.

The Young And The Restless Spoilers: Adam Chooses Audra? A New Pairing in Genoa City?

As for now, we know that Adam and Audra are single. But just because they are single doesn’t mean they should get together. What might be the reason for the story to pair these two if it happens in the future? As already mentioned, Audra might be working with Tucker to sabotage Nate and Victoria’s plan. Speaking of Victoria, Adam is already frustrated with his family. So, if someone dares to sabotage Victoria and Victor’s plan, Adam will obviously be curious to see who it is.

Apart from that, Audra might see how Noah has moved on in his life with Allie. Other The Young And The Restless spoilers hinted that when Allie comes to know about Audra, she might feel insecure. Not just that, there was also mention of Noah arguing with Allie for asking her about him. So, it is clear that Audra’s presence will automatically cause friction between the couple. Given how she was in the past, chances are there that Audra might want to get back with Noah.

Just like Adam, it won’t be a surprise if Audra also feels like sparking a little jealousy in Noah. Since both the part want the same thing, their chances of getting along are high. Fans might get to see a new pairing in town soon if the story takes a turn. As for Noah, even if he doesn’t get jealous, he might definitely have concerns for Audra.

Since he knows what kind of man Adam is, he might definitely come to warn Audra to stay away from him. Whatever it is, it looks like Audra and Adam’s pairing might solely be with a motive to trigger their former flames’ feelings. However, if their romantic ship also starts sailing, then it would become more interesting. Let’s wait to see what happens. The Young And The Restless airs every weekday on CBS. For more updates and spoilers, visit our website, TV Season & Spoilers.