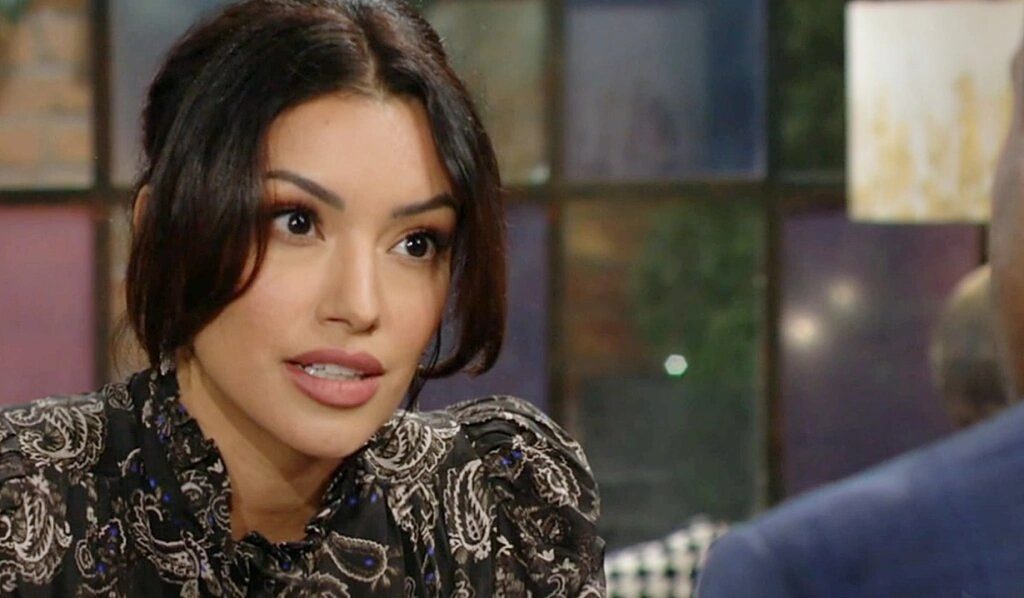 The Young And The Restless: Noah’s Past Comes Back To HAUNT Him

The Young And The Restless spoilers tease that Noah Newman’s traumatic past will come to haunt him. Chances are there that it might have something to do with Audra, the new hotshot executive in town. How will Allie react to it? Let’s discuss why Noah will be in such a panicky state.

The Young And The Restless fans know that Noah has mentioned his awful breakup that messed up his life. Well, he has opened up about this to Allie for quite some time. So, who was this person in Noah’s life? Let’s dive deeper into his troubling past.

Back in London, Noah was dating this certain girl who made his life awful. Even though he didn’t disclose her name, he did mention her to Allie. He dated a fellow artist who dumped him for someone else. The girl was quite demanding and moody. So, Noah always had to watch his steps since he never knew what could piss off her. Even though he thought he was in love, he never got the respect he needed. The relationship was pretty much a toxic one which he didn’t realize earlier. Who could that be? Let’s read further to decode the storyline.

The Young And The Restless Spoilers: Noah’s Ex Comes Back To Haunt Him, Allie Frets Over Her Relationship

Now, The Young And The Restless spoilers tease that Noah’s past is going to come and haunt him. Who could be his former girlfriend? If a new cast was to come, Y&R would have informed the fans beforehand. Since they haven’t done anything like that, it could only mean that the person is already in town. Is it Audra? Since she is the only one who recently debuted in the soap.

The Young And The Restless writers may build this storyline soon. Chances are there that Audra is Noah’s former flame. Looks like Noah will cross paths with Audra by the next week. So, he will be shocked to see her in town. Like the worst nightmare coming to reality, Noah’s life will turn upside down.

Just now, only Noah started his dream career and opened a club. However, after he sees Audra, he will remain distracted. All his past traumatic memories might haunt him and leave him on edge. Over with, Allie will definitely get insecure. Audra is much more powerful, confident, and independent, so Allie will feel the pressure of competing with her. Now the real question is: Does Audra even wants Noah back in her life?

Whatever the case, even though Noah loves Allie like a craze, she might not be able to take the pressure. Chances are there that their relationship might take a turn for the worse. Allie might just want to cut ties and avoid the pain which might come her way. Regardless, all the hints are pointing towards Audra being Noah’s former flame. Let’s wait to see how Y&R spins the storyline in that direction. The Young And The Restless airs every weekday on CBS. For more updates and spoilers, visit our website, TV Season & Spoilers.